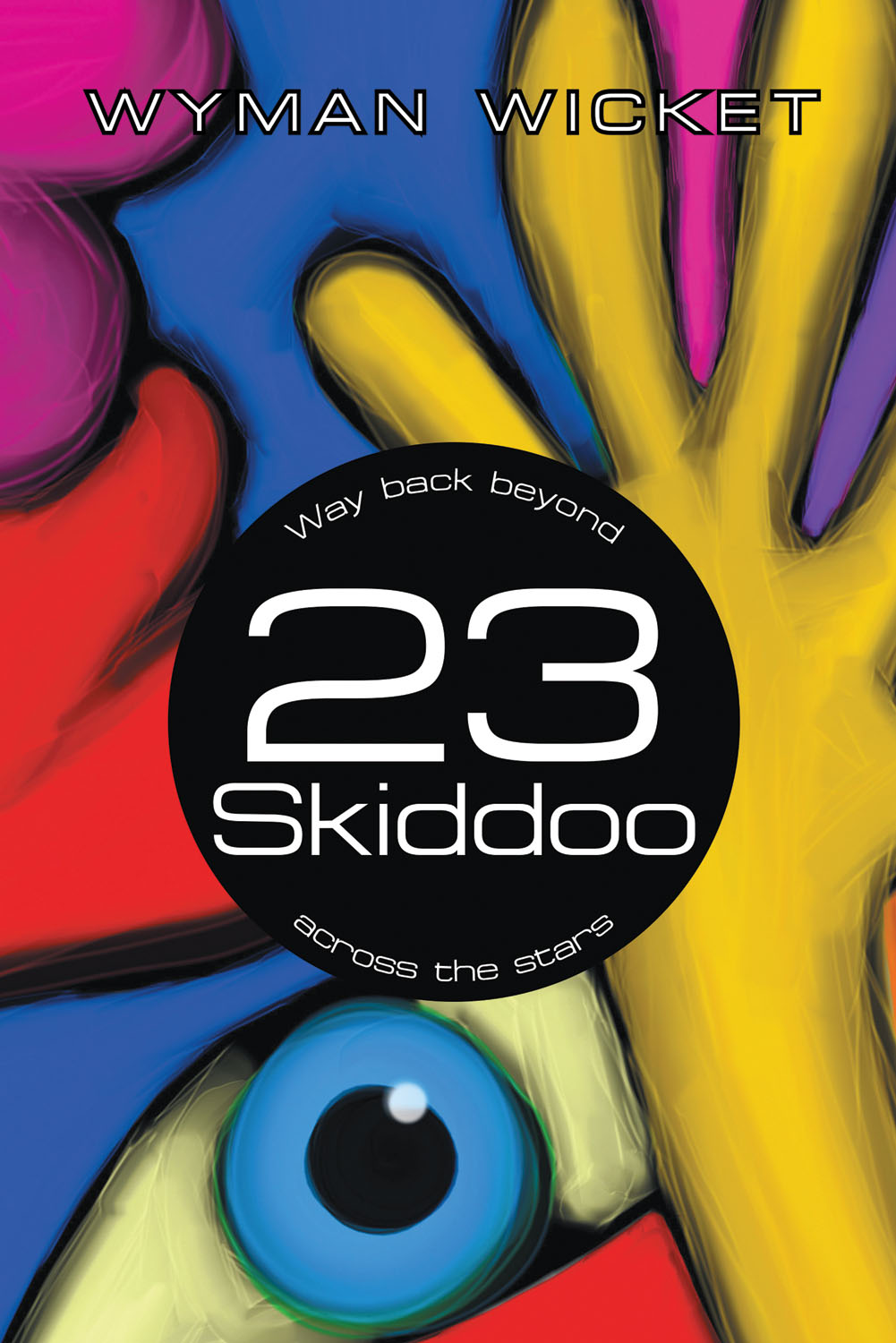 23 Skiddoo: Way Back Beyond Across the Stars by Wyman Wicket

The meaning of that old expression, “23 skidoo”–i.e., to get out with all due haste–is infused with new contextual life in this work, which is Wyman Wicket’s debut novel. The book is a true hybrid in that it falls within the nexus of conspiracy research (viz., metapolitical non-fiction) and yet is presented in the guise of a thought bomb sci-fi thriller.

The protagonist in 23 Skiddoo has set out to write a book, The Cultural Mutant’s Guide to Consensual Reality and Culture Trance. In so doing he draws on his vast reservoir of prior research and writing. But a chance encounter puts him squarely in the center of an ultra-secret project and on the radar of intelligence agencies. Never-the-less, his rag-tag “team” of seasoned sleuths, extraterrestrials, and celestial advisors arm him with the requisite knowledge, wisdom and confidence to negotiate his way clear of difficulties. In the process, he is initiated into esoteric realms beyond imagining.

This is the story of a lovable sub-genius, whose reverence for Jimi Hendrix, love, truth, and liberty, drives his quest to uncover secret knowledge; to debug “the big questions.” As such, 23 Skiddoo rips into the inner reaches of outer space; points-of-view coming from way back beyond across the stars inform and instruct both the protagonist and the reader: “Kindly Uncle” ETs orient us to past and present; alien hybrid abominations show us, trenchantly, the resilience of the creative force, viz., survival. The jury is out on the planet’s Luciferians; it always has been. And their System drones on. But is there a polar opposite System set up to counter evil, greed, perversion, and injustice? 23 Skiddoo’s protagonist thinks so. At least he is determined to find out–as determined as the System is to contain the new contagion known as “integral consciousness.”

Through social critique, 23 Skiddoo riffs on the efforts of “the System” to keep mind-controlled citizen-serfs in a perpetual state of dissociation. In a semiotic jumble of deduction, inference, parable, metaphor, and lucid dreamscapes, one may detect a new consciousness taking hold; adaptive yet steeped in tradition, it taps into that flow of universal “juice”–a spiritual life force enabling us to recall our true human potential, able to transform and release us from this prison planet.

23 Skiddoo does indeed reach way back beyond across the stars with resourceful creative power. Halfway through the book, the author uses an adapted recapitulation of Lawrence Spencer’s Alien Interview[1]. Though this is a temporary departure from the action, the inclusion of the Alien Interview lends an intriguing subtext (assisting the protagonist by answering that age old question, Who am I?).

There are some humorous interludes involving, e.g., the protagonist’s ghost writer–a real ghost (or celestial) who lives up in his attic and who pops in and out, raiding his refrigerator and otherwise making a nuisance of himself while producing little in the way of actual text. Other jaunts and side trips include encounters with MUD, or the Meta-Uroboric Dominion, also known as the Excrementalists. This cult was created by one of the book’s sleuths, Ex, who specializes in weaving worldviews for clients. It is based on the seemingly simple realization that all and everything is “shit” (and there is a bit more to them, but it’s mostly just more shit). And then there is the people-eating “monster” plagued by flatulence. But…better not give too much more away.

This book asks a lot from its readers. There is much to chew on here. But for those red pill mutants willing to undertake the journey, 23 Skiddoo yields up rich rewards. (Here, mention should be made of the factory our protagonist oversees–the one that produces the Dystopiex, an ET-designed disruptor for neutralizing the System’s electromagnetic waves.) As the book goes down deeper into the rabbit hole, there are side-tunnel forays into ayahuasca-land and meanderings into sufic lore. It’s an ambitious work, and one that leaves the reader in a strangely ponderous state.

At this writing the book is available only via this link:
http://www.lulu.com/shop/wyman-wicket/23-skiddoo-way-back-beyond-across-the-stars/paperback/product-22679532.html