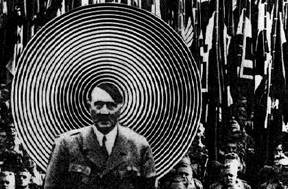 The Third Reich of Dreams

“Lose your dreams and you will lose your mind.”
Ruby Tuesday, The Rolling Stones

“It occurred to me from time to time that a record should be kept of such dreams, a thought that now became a plan. They might one day serve as evidence when the time came to pass judgement on National Socialism as a historical phenomenon, for they seemed to reveal a great deal about people’s deepest feelings and reactions as they become part of the mechanisms of totalitarianism. When a person sits down to keep a diary, this is a deliberate act, and he remolds, clarifies, or obscures his reactions. But while seeming to record seismographically the slightest effects of political events on the psyche, these dreams – diaries of the night – were conceived independently of their author’s conscious will. They were, so to speak, dictated to them by the dictatorship. Dream imagery might thus help to describe the structure of a reality that was just on the verge of becoming a nightmare.”

At the end of her book Beradt says that these dreams contain a warning, “the warning that totalitarian tendencies must be recognized before they become overt – before the guise is dropped … before people no longer may speak the word “I” and must guard their tongue so that not even they understand what they say, and before we begin to actually live the “Life Without Walls.”

Frank Berube has written several articles for Paranoia under the pseudonym “Disembodius.” He has now decided to come out. Please send your MSQ-oriented dreams to him at: Frank Berube, 562 Buffington Street, Apt. 7, Fall River, MA 02721.