Mind Control in Black and White

The NSA “the small intestine of the CIA ” Id Canal System” promotes infantile indulgence on a mass scale via colon induction using resonant base frequencies that promote a vacuous feeling in the individual citizen, who then tries to fill the void via conspicuous consumerism. – Jaye Beldo 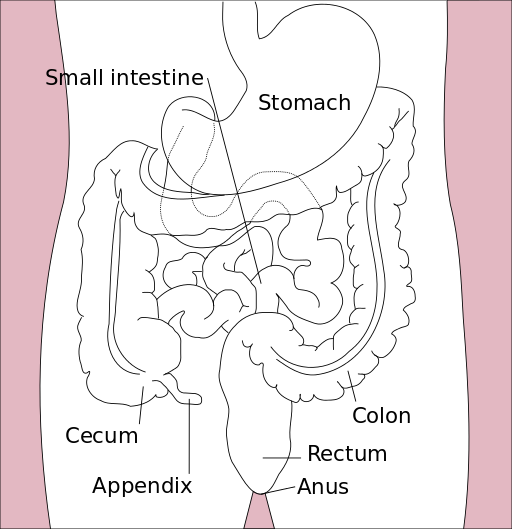 If you ever want to get to the bottom of Mind Control, start with your anus. Mind Control (MK) manipulations, whether they come from the CIA, FBI or your local military installation, primarily target the physical body” specifically what is called the “Id Canal’, named after the early 20th Century psychologist Sigmund Freud’s concept of Das Id (literally ‘the It’). Freud claimed the instinctual part of our unconscious minds was responsible for our unexplained desires, greeds and insatiable wants.

The Id Canal is located in the shadowy, taboo ridden gastrointestinal tract where the unconscious itself has its origins, according to Gerda Boyesen, who coined the phrase. Boyesen calls her unique form of gastro-analysis ‘Bio-Dynamic Psychotherapy’, and further elaborates on Wilhelm Reich‰s belief that the physical body directly contributes to mental disturbance.

Reich departed from Freud’s talk therapy method and further pursued Freud’s research into what he called ‘character armor’, which Freud believed was formed by early childhood trauma which became trapped in the muscular tissue, creating a kind of rigid shell in the physical body. Much of this armor is situated in the pelvic region of the body and can contribute to psychological pathologies, usually in the form of extreme defensiveness and negative attitudes towards self and others. Reich focused more on body work, releasing the trauma through massage and other forms of physical therapy, thus evoking the wrath of his so-called colleagues for stepping out of orthodox bounds.

Boyesen, following suit, claims that the gastrointestinal tract speaks the ‘language of the unconscious’, which can actually be heard using a stethoscope during sessions with a client. She has developed a way to interpret the rumblings of the Id Canal as auditory clues to psychological imbalances in the individual. Boyesen proposes that the persistence of neurosis/infantilism in the adult person stems from the Id Canal not being able to fully digest and excrete certain key psychological experiences in one’s life. Such unrelenting, cognitive constipation results in much suffering for the individual and the psychological affliction may physically manifest in such unpleasant things as Ulcerative Colitis, Irritable Bowel Syndrome and other pathologies of the lower tract.

In terms of MK, these undigested, highly toxic experiences are manipulated, and recycled over and over again, primarily through subliminal audio as well as holographic technology, which is mostly designed to resonate with the Id Canal. These manipulations keep many thoughts and feelings unconscious/undigested, and prevent the individual from evolving higher perceptions that could be used to see the manipulators behind MK, whether they emanate from a boss, difficult spouse, problem child, politicians or on larger scale terms: the FBI, CIA, NSA and the many other malefic alphabet agencies.
I take a non-fear based, intuitive approach to conspiracy. I do intuitive counseling work in my spare time and help clients achieve a more balanced, grounded and centered approach to the conflicts in their lives by getting them to perceive the world multi-dimensionally. A student of Kriya Yoga (the yoga of action) for many years as well as meditation, I’ve developed what I believe is a creative, imaginal way to address the powers that be who conveniently hide behind many well thought out smokescreens, veils which can be pierced with intuition.

Such intensive inner work over the last twelve years has led me to conclude that we have within ourselves the very tools that our government and its agencies have to control us. Once we gain familiarity with these tools, we are not so easily controlled. When we gain a better understanding of the shadow within our own psyches, the less the shadow government can control us. As a result, we feel less and less of an impulse to control others since the diminishment of fear becomes more apparent as we become more and more relaxed, fully present, and in connection with our surroundings.

In order to gain a better understanding of MK in relation to how the Id Canal (where much shadow material originates), I suggest embarking on a regular program of meditation. In meditation, for example, whenever a disturbing image arises in your mind‰s eye, check in with your physical body to see how it reacts. Quite frequently, the rectum and colon, i.e. the Id Canal, tightens up. Simply focus on relaxing this area, being careful not to react to what you are seeing. Sometimes the images and the energies behind them persist, but you will be able to overcome their effect by maintaining smooth breathing and relaxation. Envision breaking up the image until it dissolves and disappears.

In a meditation session which inspired this article, I gained direct insight that the Id Canal is manipulated, holographically amplified and projected to surround the individual and or group she/he belongs to so that they believe that what surrounds them, that is, the projection of the Id Canal, is the totality of their reality. In order for that kind of intestinal hallucination to be sustained, however, a perpetual, albeit subliminal aggravation of the Id Canal is required. Such disturbances can become known to us if we learn how to pay attention to the rumblings of the Id Canal and what it is trying to tell us.

More specifically, if we are to ward off the effects of MK it is important to understand how such things as ELFs (extremely low frequencies) and other supra/subliminal technologies aggravate our gastrointestinal tracts. This is not difficult if one can set aside fears, prejudices and other misgivings about directly confronting an area of the body most would rather choose to ignore.

As an experiment, turn up the volume during a TV commercial, a football game, a Britney Spears CD, George W. Bush or Dick Cheney giving a speech, or during the Daytona 500, an All Star Wrestling match or during an episode of Temptation Island. Chances are you will feel the vibrations coming out of your television, stereo or radio in your colon and genital region long before you feel them in your heart chakra or the frontal lobes of your brain. Once you have done this, try listening to some Rumi poetry, a Beethoven piano sonata or a Sitar recital and see how much differently these vibrations affect your body.

As a result of further intuitive inquiries into MK, I’m now convinced that the CIA is the Id Canal of the USA, if not the world. The NSA “the small intestine of the CIA/Id Canal system” promotes infantile indulgence on a mass scale via colon induction using resonant base frequencies that promote a vacuous feeling in the individual citizen, who then tries to fill the void via conspicuous consumerism, obsession with sports, TV, celebrities, movies, etc. and perhaps a morbid/perverted fascination with conspiracy theories.

In a recent meditation, I actually experienced the esoteric (inner) dimensions of the Nazi Rat Lines, i.e., the escape routes from Germany to both North and South America. Project Paperclip, which imported into this country many top ranking Nazi scientists and others of like Aryan ilk, assisted in the formation of the CIA.

Following are some suggestions that may enhance your intuitive abilities to perceive and thwart the effects of MK:

1. Before you investigate MK, be very clear on what you think it is. MK ranges from emotionally and/or intellectually manipulating a mate, friend or employee (control freak paradigm) to more grandiose things such as HAARP in Alaska, which according to some researchers is a vast global mind control device. Once you are clear on what MK is (and how we are just as able to MK someone as forces outside of ourselves are) then proceed to take in the big picture.

2. If you think you are being MK’d whether by a technologically-based device emanating extremely low frequencies, astrally/psychically, or via the latest conspiracy book written by some disinformationist straight out of Central Casting, try meditating. You will notice certain areas of your body tensing up, esp. the stomach, wrists, ankles as well as the Id Canal. Pay attention to your breathing. Use your imagination to counter the attempts to shut your thinking and feeling down.

3. Practice Integral Yoga, which facilitates the integration of Supermind, a consciousness that cannot be manipulated by MK. Recently someone asked me “Do you think that we humans are projecting our limited beliefs in reaction to the pressures of evolutionary acceleration and the ‘descent’ or beginning manifestations of Supermind?” (Supermind according to Sri Aurobindo: Truth consciousness, the Divine Gnosis, the highest divine consciousness and force operative in the universe. A principle of consciousness superior to mentality, it exists, acts and proceeds in the fundamental truth and unity of things and not like the mind in their appearances and phenomenal divisions.) I believe the more we integrate Supermind, the less we can be controlled, since it is a consciousness that is undivided.

Aghora III: The Law of Karma by Robert Svobodha An intriguing account of the Aghori Yogi Vimalananda who loved to drink, smoke, gamble, own race horses pissing Orthodox Hindus off, yet understanding Karma so well that he remained detached from all these desires/illusions. I recommend the entire series to anyone who wants to truly understand the Tantric path and not some watered down westernized version of it.

Essence by A.H. Almaas, Almaas approach to spirituality is one of the most sophisticated I’ve ever seen. He describes the false personality/ego as a hollow shell (perhaps like Wilhelm Reich’s character armor) that we must patiently dissolve if we are to make progress. I believe much of the effectiveness of MK lies in manipulating the false personality in myriads of ways, thus strengthening the ego, its impulses, delusions and sense of separation from others.

The Integral Yoga by Sri Aurobindo Aurobindo‰s clarity of articulation is most welcome. This book is a sufficient introduction to Integral Yoga, spelling out the basic concepts in a most accessible way. I believe integrating Supermind will become a most obvious priority in the near future.

The words: “If you want to get to the bottom of mind control, start with your anus”, have garnered more media attention in two days than in my entire 20 year span of freelance writing. Here are some of the radio stations I’ve been on so far:
KSCO Santa Cruz
New Rock
The Planet
93.3
Connie and Fish
WZEE Madison 104.1
Mad Max Morning Show
Dave Wilson Show
WIBC
…and a few other whacky morning shows where they called me on the spot and put me on the air. One of these radio stations blamed the Clinton Administration for anal mind control. I don’t know which one as I have made sure to forget. I told them to meditate on each presidential administration to gauge the level of MK Anality.