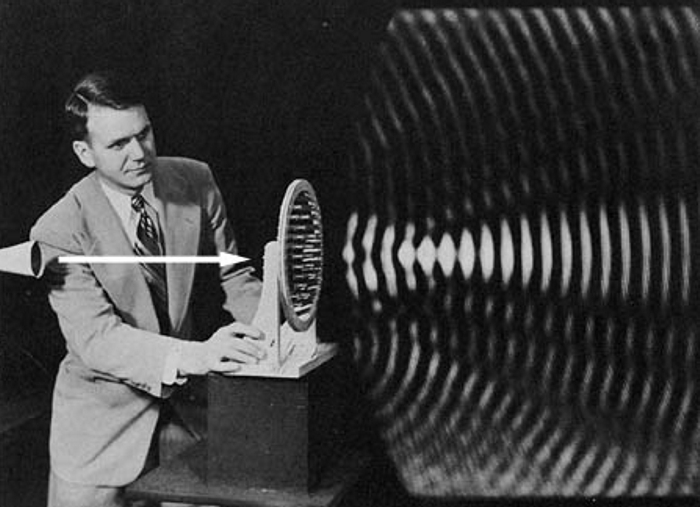 In July 1992, the program “Now It Can Be Told” was shown over channels of the American television company NBC. It was devoted to problems of studying the possibilities of using individuals possessing a powerful bio-field for military purposes. It was noted that about $1 million is being spent annually on this work being accomplished by the U.S. Defense Intelligence Agency. People with extrasensory perception were used to detect enemy troop and armament concentration areas and also to search for hostages. A special program of the U.S. Navy was mentioned, with the code name Aquarius, during which “clairvoyants” supposedly helped “locate” Soviet submarines.

It was also said that during the war with Iraq, attempts were made to use telepathists to worsen the health of Iraqi President Saddam Khusayn. In an official statement, the Pentagon denied this sensational information. However, lately such an exotic topic has been attracting more than just journalists. Throughout the 1980’s, abroad and above all in the United States, there was an increase in the activeness of certain military and civilian scientists in studying problems of bioenergy* associated with so-called paranormal human capabilities.

The division of research devoted to the study of paranormal phenomena has been given the name parapsychology. It examines methods of receiving and transmitting information without using the normal organs of sense and also mechanisms of man’s influence on physical objects and phenomena without muscular efforts. The term psychotronics is widespread–the creation of various technical devices based on energy from a bio-field, that is, a specific physical field existing around a living organism. This is how the concept of psychotronic weapons, created based on using paranormal properties of the human organism, entered military terminology. It should be noted that in the West these problems constantly attract the attention of a quite large group of enthusiasts claiming scientific priority in the study of paranormal phenomena. Popular magazines as well as a number of special periodicals, monographs, and survey works of a reference nature are devoting much attention to describing such phenomena. Seminars, conferences, and symposiums are being conducted, including at the international level.

At the same time, a large group of scientists, above all in the field of the human psyche, until recently have continued to take the stand of sharp non-acceptance of the results of such studies of paranormal phenomena (often denying the very possibility of their existence) not corresponding methodologically and by the world outlook to concepts accepted in modern science. In the mid-1980’s, a series of review articles examining a person’s paranormal capabilities from positions of modern scientific knowledge appeared in foreign scientific journals. They reported, for example, that Professor W. Paeshcke (Stutgart, FRG) used artificially generated fields to affect a person’s energy potential, as a result of which in certain conditions that person proved himself to be an exceptional personality.

A former NASA employee, Dr. A. Puharich, studied the effect of poisonous mushrooms on the possibility of transmitting information between people over great distances. Robert G. John and colleagues from Princeton University (USA), in summarizing the results of their experiments, tried to apply the laws of quantum mechanics when evaluating parapsychological phenomena. Dr. Z. Harwalick (USA) examined the mechanisms of interaction of the human organism with geological anomalies. At the same time, numerous articles have appeared associated with studying the possibilities of using discoveries in the field of bioenergy, parapsychology in particular, for military purposes. Simultaneously, a number of scientific projects on this problem have received financial support, although small (about $6 million), from the U.S. Department of Defense, which indicates the Pentagon’s interest in this problem. In addition, the Defense Department has been conducting research under a number of programs (for example, “Biological Information Transmission Systems Not Previously Studied”), the content of which and the results obtained were not published for the public at large. In the United States, primarily Rand, Westinghouse, General Electric, Bell Telephone Company, the Military Research Center at Redstone, the U.S. Army Scientific Research Institute for the Behavioral and Social Sciences (city of Alexandria) deal with questions of parapsychology. The Stanford Scientific Research Institute, known for its ties to the Pentagon, is noted for being the most active.

Scientific workers and specialists are studying and trying to master the following complex phenomena: extrasensory perception–perceiving the properties of objects, their condition, sounds, odors, and thoughts of people without contact with them and without using normal sensory organs; telepathy–the transfer of thoughts and the psychic state of a person over a distance; clairvoyance (foresight)–observing an object (target) located beyond visual contact; psychokinesis–affecting physical objects using the influence of thought, causing them to move or be destroyed; telekinesis–thought movement of a person whose body remains at a state of rest (such names as out-of-body movement and movement in a paranormal state). Presently, one can single out four basic directions of military-applied research in the field of bio-energy. First, elaboration of methods of intentionally influencing a person’s psychic activities. The American press has reported that in the early 1980’s, the U.S. Army conducted scientific work to create an “new age Army.” They studied teaching soldiers meditation, developing their ability for extrasensory perception and magic, as well as for “neurolinguistic instruction” and hypnotism methods.

According to THE NEW YORK TIMES this program was closed, and its main leaders are no longer serving in the armed forces. Nevertheless, work in this direction continues. The Department of the Army has allocated $425,000 to the National Academy for preparing a report which would scientifically substantiate the possibility of creating “super-soldiers” on the basis of using various paranormal capabilities. The report, published in late 1988, was given the title “Developing Human Potential.” It concluded that the majority of these unusual phenomena “are not backed by scientific data.” However, in the opinion of the report’s authors, some of the problems raised in it may be of interest to the Defense Department; therefore, additional appropriations will be required for conducting fundamental research. The second direction includes an in-depth study of paranormal phenomena that are of greatest interest from the standpoint of possible military use–clairvoyance, telekinesis, and so forth.

A detailed description of experiments on this problem is contained in the book by Russell Targ and Kit Harari, “The Psychic Race” (1984). Dr. R. Targ, a psychiatrist also having experience in the field of laser, optical, and microwave technology, studied parapsychology over a period of 10 years. Together with other scientists, he conducted experiments on studying a person’s ability to observe objects beyond visual contact (“sight over distance”). During the sessions, the subject was to mentally “see” a specific area or visit it and subsequently describe it in detail. The data received indicated that, on the whole, this task was accomplished satisfactorily, although neither the subject nor the organizers of the experiment knew anything before about the object of observation. Independent persons monitoring the results confirmed the receipt of fairly accurate information. As a result, the prospects of collecting reconnaissance information using long-range sight (remote sight) or telekinesis (out-of-body movement) became obvious. The framework of this phenomenon is quite broad: on a strategic scale, it is possible to penetrate the enemy’s main command and control facilities to become familiar with his classified documents; on the tactical level, reconnaissance can be conducted on the battlefield and in the enemy’s rear area (the “clairvoyant-scout” will always be located at a safe place).

However, problems do exist–the number of individuals possessing these abilities is limited, and the data received cannot be checked. According to military experts, using psychokinesis to destroy command and control systems and disrupt the functioning of strategic arms is timely. The ability of a human organism to emit a certain type of energy today has been confirmed by photography of a radiation field known as the Kirlian effect. Psychokinesis is explained by the subject’s generation of an electromagnetic force capable of moving or destroying some object. Studies of objects destroyed as a result of experiments conducted have shown a different form of breakage than under the effect of physical force. Foreign scientists are devoting special attention to telepathic hypnosis. Discovering the mechanisms of controlling this phenomenon of the human organism will make it possible to conduct a direct transfer of thoughts from one person or group of people (telepathic subjects) to a selected audience.

It is important here that the subjects not be aware that thoughts are being implanted from an external source. They must think that these are their own thoughts. For example, personnel of an enemy formation executing a sudden breakthrough of defenses, instead of exploiting the success, will try to consolidate on the line achieved or even return to the starting line. The third direction is studying the effect of bio-emissions on command and control systems, communications systems, and armament, especially electronic equipment, and also development of artificial bio-energy generators and plants for affecting enemy troops and population in order to create anomalous psychic conditions in them.

R. McRae, author of the book “Psychic Wars” published in 1984, maintains that some of these studies were conducted when analyzing the behavior of combat crews during the course of assessing the vulnerability of basing systems for MX intercontinental ballistic missiles. It was reported in the American press that CIA specialists are working with the most well-known U.S. parapsychologists to find out if people possessing paranormal abilities can create interference for computer operation. The fourth and last direction includes developing systems for detecting and monitoring artificial and natural dangerous bio-emissions and also methods of active and passive protection against them.

Thus, a number of quantitative methods for the evaluation and practical use of the Kirlian effect have been proposed at a U.S. Navy laboratory for designing “man-machine” systems (Monterey, California). In the opinion of foreign scientists, the current level of development of physics, chemistry, and biology makes it possible to place the study of the bio-field on a scientific basis, which will help accomplish a number of important tasks of applied importance, including in the military field. Various sensors are used in experiments on bio-energy. They are able to register certain manifestations of the bio-field and transform them into electrical signals that are easily recorded by appropriate instruments, a large number of which have been developed recently. High-capacity computers are used to process the data. American experts have stated that they are close to solving the problem of controlling a person’s ability to emit and receive bio-energy. Creation of technical devices for detecting bio-emissions will continue in the United States in the 1990’s, and studies of mathematical modeling of bio-energy interaction between people will develop further.

Today, there is evidence that parapsychological phenomena are real and can be controlled under certain circumstances. An attempt has been made to assess the military potential of such controllable parapsychological phenomena. Claims that psychotronic weapons already exist, although their capabilities have not yet been fully determined, are appearing more and more often in the western press.

It is difficult now to assess the consequences to which the use of psychotronic weapons will lead. Many western experts, including military analysts, assume that the country making the first decisive breakthrough in this field will gain a superiority over its enemy that is comparable only with the monopoly of nuclear weapons. In the future, these type of weapons may become the cause of illnesses or death of an object (person), and without any risk to the life of the operator (person emitting the command). Psychotronic weapons are silent, difficult to detect, and require the efforts of one or several operators as a source of power. Therefore, scientific and military circles abroad are very concerned over a possible “psychic invasion” and note the need to begin work on taking corresponding countermeasures.

Footnote *The science studying the mechanisms of transforming energy in the processes of the vital activities of organisms.