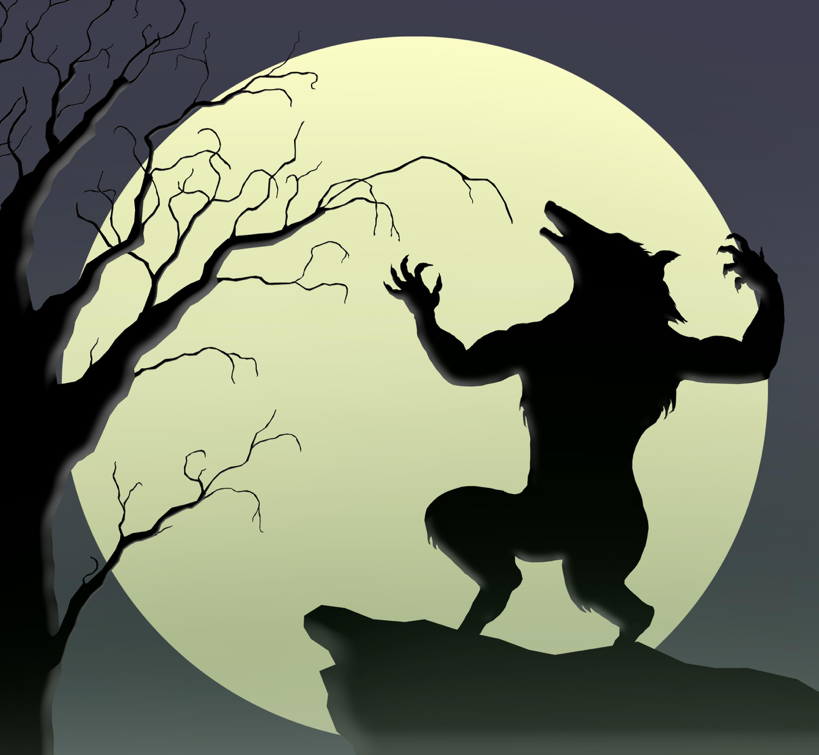 The Folklore Behind Werewolves

Ever since the film Silver Bullet, based on the Stephen King novel, I have been fascinated by two things. Werewolves and Gary Busey. I am not sure I will ever grow out of either obssession. Both figures have really large teeth, and both possibly are paranormal on some level.

Werewolves are creatures that are said to be human and then turn into really large wolves at certain times. I’m not talking about those werewolves from the Twilight movies that appeared to be just normal wolves. The legend behind werewolves have them standing on two legs much more often than four. They are hairy and huge with sharp teeth and yellow eyes. But when did they start to become a part of folklore?

In the middle of the Dark Ages, Europe’s population greatly believed in the existence of werewolves. People lived in fear of these creatures. Supposedly, there were a few signs to look for to determine if the people around you were werewolves. Having hairy feet and hands were a sign that people took seriously. Protruding teeth was another indication that there was a werewolf in your presence. Pointy ears and long fingernails were often a telltale sign of humans that could change into werewolves as well.

Legend has it that a bite from a werewolf could make that person become a werewolf also. If a person happened to be killed by a wolf, it was always best to burn the body just to make sure that they did not come back from the dead as a werewolf down the road.

What should you do if you happen to run into a werewolf late one night? First, I would try to run really fast away from it. If that did not work, there are two things that are a deterrent to these creatures. The plant wolfsbane and and something made out of silver. If you believe there is a chance that you might encounter a werewolf, I would invest heavily on wolfsbane cologne. You might also want to try to have a knife made out of silver somewhere tucked away on your body.

A quick search online will show supposed real encounters that people have had with werewolves throughout history. Some of the tales appear to be extremely interesting, others are easy to mark down as the ramblings of a crazy person.

One interesting tale happened in France in 1521. A man was walking down a lonely road when he encountered a wolf. The wolf attacked him quickly, and a struggle for survival ensued. The man escaped with his life, and did quite a bit considerable damage to the wolf. A few days later, the man came upon another man that displayed the same wounds that he inflicted on the wolf. After being questioned by authorities, the wounded man confessed to being a werewolf and proclaimed he was responsible for many of the unsolved deaths around the region.

For centuries, Native American tales speak of people that are skinwalkers in their tribes. They can change into werewolves regardless of if there is a full moon or not. They regard werewolves as fact, and not a legend that is to be dismissed. And why are there so few current stories about people encountering werewolves? Maybe it is because if you meet them once, it will also be the last time. Dead men tell no tales.