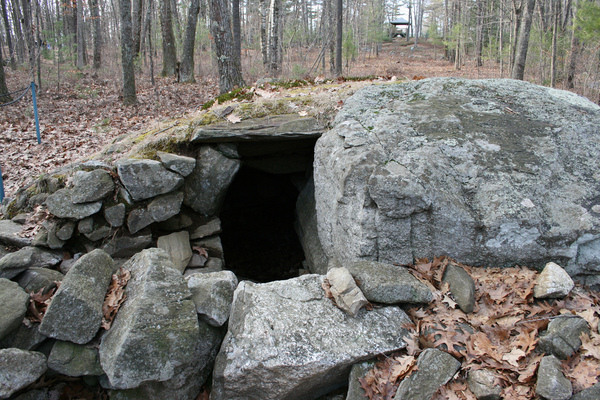 Here’s a surefire bet. Ask your friends to name the first child of European parentage to be born in North America. If they say “Virginia Dare” they lose. Miss Dare, daughter of Ananias and Elinor Dare, was born on Roanoke Island off the coast of Virginia on Aug. 18, 1587, and every school book names her as the first American. But actually she was a latecomer. The title really belongs to Snorre Karlsefni, son of Torfinn Karlsefni, who was born in Newfoundland in the year 1020.

Snorre’s father was a Viking. The ruins of the house he built in the New World were rediscovered by archaeologists a few years back. In fact, Viking longhouses have been found far inland in Canada, and Viking ar­tifacts have been dug up all over the U.S. Many hardy Scandinavian explorers visited North America centuries before Columbus set sail. Their expeditions are 0utlined in the ancient Viking histories (which describe the Indians, whom the Vikings called Skraelings, their food, and their weapons). Physical evidence, including written records in the form of carved rune stones, of their visits is ample and impressive. But even the Vikings weren’t the first. They, too, were late arrivals. North America was populated thousands of years ago by a race of people whose origin is completely unknown. They brought with them a technology equaling, or even surpassing, the European cultures. Some Indian tribes feared them, others worshipped them and imitated them.

The ancient Egyptians, Chinese, and other civilizations knew of the existence of North America and even included our continent on their maps. A cartographer in Lisbon, Bartholomew Colombo, collected many of these ancient charts in the 15th Century and made the mistake of showing them to his opportunistic brother Cristoforo. Cristoforo, a man with a reputation for being a liar, couldn’t read maps very well but he thought he saw a route to the rich, isolated lands of the Far East. He talked the Spanish crown into financing an expedition. The rest is history, although Cristoforo Colombo didn’t know where he was going, misidentified the place when he got there, and when he got back to Spain he still didn’t know where he’d been. The people who drew the charts he used knew far more about the world’s geography than he did.

At least one group of Indians had made the same trip, in the opposite direction, 1,500 years earlier. Two historians, Pliny and Pom­ponius Mela, claim that a boatload of red­ complexioned people arrived on the German coast in 62 B.C. It sounds as if some adven­turous American Indians discovered Europe long before the Europeans risked falling off the edge of the world. And if a small band of Indians could make the long journey in 62 B.C. there is no reason why the Phoenicians, Egyptians, and other early peoples could not have visited North America long before that.

When the first Europeans landed in New England they were surprised to find ancient stone towers, great man-made mounds of earth, and other strange structures dotting the landscape. Many of these important monuments were torn down and plowed under in the early years of colonization. But new discoveries continue to be made. In the 1930s hundreds of miles of fine roads, some 40 feet in width, were found in the Southwest. The Indians didn’t have horses or the wheel and thus had no real need for roads.
Dolmen (standing stones) and massive Stonehenge-type structures are also scattered across the U.S., and, like their many counterparts in Great Britain, Denmark, and France they were built with mathematical precision.

Modern scientists believe they were used as astronomical observatories. The American Indians were mostly nomadic hunters and lacked the advanced knowledge necessary to build such structures.
The ancient American builders also left a massive system of irrigation canals, so intricate and so carefully surveyed and laid out that their construction was far beyond the abilities of the Indians.

Throughout the Mississippi and Ohio Val­leys, there are all kinds of ancient structures and traces of a civilization that may have been comparable to the early civilizations of the Indus Valley in India and the Nile Valley in Egypt. Stone cities up to 8,000 years old are now being unearthed in the Mississippi Val­ ley. Excavations into the lower layers of some of the so-called Indian mounds have turned up metal artifacts of iron, copper, and various alloys. The American Indians had no know­ ledge of metallurgy then and were limited to hammering ax heads out of meteoric iron….a substance so rare that the axes were used only for religious and ceremonial purposes. Yet suits of copper armor, carefully and expertly worked from copper tubing, have been discovered in some mounds. Skeletons with copper noses have been found in large numbers; the noses were apparently part of the burial preparations which were as delicate and complicated as the Egyptian mummification process.

In the Great Lakes region, a huge network of ancient copper mines can be seen. Some of these mines were in use 2,000 years ago and would have required thousands of workers to extract and process the ore. Indian culture centered around flint arrowheads and animal skins, not mining and metallurgy.
Oil was a virtually useless liquid to the Indians; they used it only in medicines, and in very small quantities. The first important modern oil well was discovered at Titusville, Pa., in 1860, but later very ancient shafts were discovered there indicating that some­ one had been drilling for oil hundreds-even thousands—of years before. Tools, ladders, and construction methods similar to those found in the old cop­ per mines around Lake Superior were also unearthed at Titusville. Another ancient oil well was discovered at Enniskillen, Canada. And a worked lead mine was found on a farm outside Lexington, Ky. Apparently, North America was a beehive of industrial enterprise thousands of years ago.

Indian myths and legends tell us that large parts of this continent were once inhabited by strange white men. The tribes around what are now the states of Kentucky and West. Virginia claimed that a bizarre group of “moon-eyed people” once lived there. They had pale skins and large round eyes so sensitive to light that they rarely ventured outside during the day. They lived in villages of stone houses which they guarded fiercely. The Indians learned to avoid them and, in fact, the rich, fertile hills of West Virginia were never settled by the Indians because it was the land of the moon-eyed people.

Modern armchair anthropologists have speculated that the moon-eyes may have been remnants of the famous “lost colony.” Soon after Virginia Dare was born, she, her parents, and the entire Roanoke Island colony disappeared. When supply ships arrived from Europe they found the island deserted. The nearest Indian tribes were not hostile and were also baffled by the mass disappearance. The only clue left behind was a meaningless word carved into a tree: CROATOAN. For 500 years the Vikings maintained a large settlement on Greenland and then, like the Virginia colony, the entire population van­ished suddenly and mysteriously. Had they simply migrated en masse to North America? Indian legends about tall, blond, pale¬ skinned gods abound. Some of these gods sound like armor-clad Vikings. But others were supposedly dressed in long flowing robes. In the West the Paiutes speak of sac­ red plateaus where these gods resided. They were said to be equipped with magical rods which caused the skin to prickle (electric shock?) and induced paralysis. In some legends these gods are described as having the power of flight. They rode the night skies in great metal “birds.”

The Eskimos, who bear an interesting resemblance to the ancient Olmec of Central America, maintain that they were originally flown to the far north in “metal birds.”

Could it be that the Americas were once the location of an advanced, Atlantis-like civilization? Like the Virginia colony and the Greenland settlement, the Olmecs vanished sud­denly and mysteriously.
Aside from the moon-eyed people and the blond gods, the Indians also had to contend with giants. The Delaware Indians believe that their tribe once lived in the West but migrated eastward. In those days the land east of the Mississippi was inhabited by a race of giants who built mighty cities and fortifications. They were called the Alligewi. Both the Allegheny River and Mountains were supposedly named after them. The migrating Indians asked permission to pass through the Alligewi country and were re­ fused. So the Indians went to war against the giants and eventually drove them out. The Alligewi are said to have fled westward, down the Ohio River and up the Mississippi into Minnesota. Bones of people 7 to 1O feet tall were found in the Minnesota mounds in the last century.

The natives of Ecuador in South America also retell an old story of how a tribe of giants landed on their shores in reed rafts and tried to take over. From the knee down “they were the size of an ordinary fair-sized man,” and their eyes were “the size of small plates.” These giants slaughtered the Indians and at­ tacked their women, but were finally killed by some cosmic disaster…a meteor struck their settlement and destroyed them.

Were these the moon-.eyed Alligewi from North America looking for a new home?

Because the mounds, hinges, and such are strikingly similar to constructions found in Europe, Asia, and even remote Pacific islands, we can speculate that this culture was once worldwide. It probably reached its zenith before the Ice Age 10,000 years ago, then de­ generated in the wake of the geological calamities. That early culture mapped the whole planet and fragments of those maps were handed down through the centuries until they reached Columbus. The giants who once built the puzzling monoliths that still stand on every continent, gradually reverted to a fierce, uncivilized state, driven by the urgent need to survive.

Eventually, they were driven from their ancient homeland by the Indians. Some may have managed to flee into the interior of South America (where, to this day, there are rumors and stories about tribes of fair-haired giants living in isolated jungle cities of stone). We think of them now as gods from a far-off time, and there is now a lot of speculation that they may have come from a distant planet. But it is more likely that these ancient gods were merely survivors of a long-forgotten golden age who influenced early man and were even worshipped by him.

Atlantis may not have sunk into the ocean.

You may be living on it.