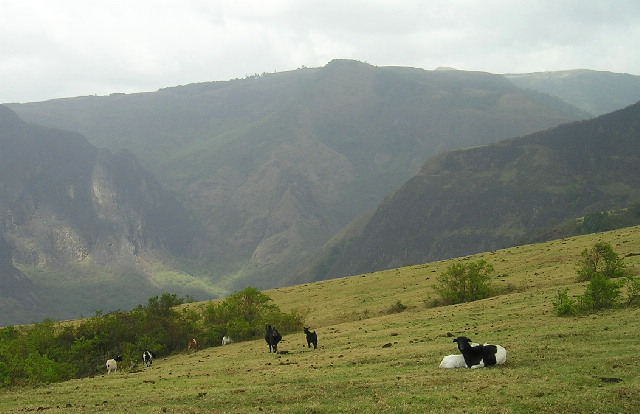 Have you ever been to Africa? The travelers claim to have seen the most breath-taking places. They call the mountains as ‘African vertical’ and mention different rituals of worship ancient deities their. As the aboriginal people shared, the mountains have a good god-protector. He is believed to embody in two symbols, human and stone. This legend became the starting point for the famous superstition. The tourists are allowed to observe everything on the mountain but it is forbidden to take a part with them. Today we are going to speak about the most dangerous and unpredictable creation of the nature, Oku volcano that is better known under the name of Kilum Mountain in Cameroon.

Nowadays Mount Oku joins the popular movement of sustainable tourism. The technological progress should not affect the untouchable beauty of the ancient lands, the native people think. That’s why all the tourists who visit these areas are asked to behave in compliance with the local traditions. It’s crucially important to get a hint what these habits look like. 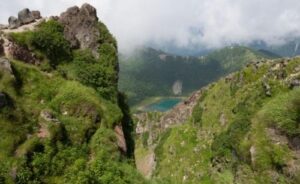 At first, the citizens of Cameroon are assured that Mount Oku contains the special herbs that possess healing power. Unfortunately, now the government tries to modernize the society by pushing restrictions on the distribution of the mentioned herbs. However, the locals are going to struggle for their belief. They have even invented a motto: ‘Those who make legislative acts intended to incriminate the user of herbs will obviously go under the ground to fertilise the roots of the herbs’.

This mountain is worth its fame. Being considered as one of the most unpredictable volcanoes in African continent, it has gained the popularity as the safe and sound place. The local citizens claim to have coped with all the possible dangers. They pray a lot. For instance, it is not allowed to swim in the lake until the ancient ritual of sacrifice is completed. The gowned king of this area is persuaded that evil power is able to act unless all the prayers are devoted to deities. Such supernatural abilities are exposed in the culture of Cameroon. Particularly, there is a museum nearby. Its showpieces display old theatrical performance juju. The actors had to explain why locals were susceptible to superstitions. The darkness of the room in museum shows that actors jujus masterfully transformed into their characters. Nevertheless, they did not play people. Their points of interest relied to the realm of spirits. The more frightening manner of acting they had, the more prolific performance critics mentioned. It was incredibly important for the jujus not to be in the depth of despair as they had to remain in the special mental condition. If they looked down, some strange smoke turned up over the mountains. The same happened when the actors were infuriated. The locals were scared of such situations. So, when natural disasters started, they immediately went with special boons to please the jujus. As you have seen, such actors were regarded to be the medium between humans and supernatural forces.

Such traditions are relevant even nowadays. For instance, the travelers who go around the mountain, are able to observe the extraordinary picture. Three actors are making magical rituals. They sing in a loud manner and ask the sky to open awarding them with their desirable items. Similar rituals penetrate all the culture of those who dwell near the Mount Oku.

Well, remember about that if you are looking for a wonder in your trip.