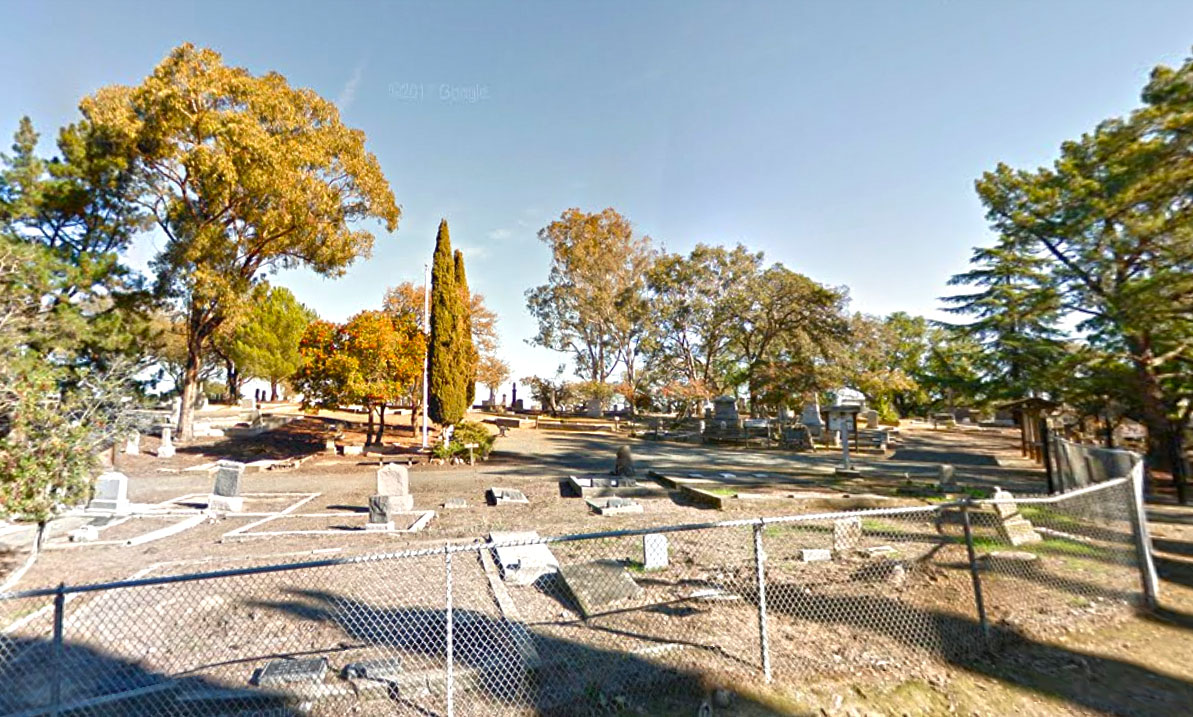 When the Ghosts Come out at the Alhambra Pioneer Cemetery

As night sets over picturesque Martinez and many begin their nightly ritual slumber, all is not quite as it should be for in the wee hours of the morning, just as the veil between worlds begins to thin, things come out to play. Orbs dance across the tombstones and noises abound throughout the city.

It is not an uncommon thing for a cemetery to be reported as haunted, quite natural in fact. The final resting places of the dear departed seem to be filled with those who could not or would not found their way to the great beyond. The tales of haunted graveyard dot our literature, the great Salem cemetery, Rose Hill just beyond the rolling hills of Pittsburg or even the famous Resurrection cemetery of Chicago, Illinois. But as we shall discover the Alhambra Pioneer Cemetery too shall join the ranks of the haunted.

It has been reported by a few hearty souls, of the living, who have ventured to this place in the late into the night that “spirit orbs” are plentiful and appear to congregate around a lone tree on the hill, even as shadows move between the headstones of our founding residents. Monitoring the movements of the would-be ghost hunters as they enter this hallowed place.

But why would the Alhambra Pioneer Cemetery be haunted? Just by virtue of the fact it is a cemetery? Possibly but in this case, there are other “interesting” reasons.

Originally founded in 1853 the Pioneer Cemetery served as the burial site for many of the founding residents of our community, one of the most famous being Capt. Joseph Rutherford Walker, famous trailblazer and explorer who blazed his way across west even warning the Donner Party not to attempt to cross the Sierras in winter dismissing them as “ignorant Missouri pike.” Capt. Walker also assisted in the building of Independence Missouri amongst other noteworthy endeavors.

Another source of the apparitions and orbs would be “Potters Field” a civil burial site containing the last resting places of the castoffs of society, who in death were simply given a short but pleasant service and a number. That just begs for supernatural activity for those lost in life as almost always restless in death.

But what probably makes the spirits of the Pioneer Cemetery are not what befell them in life, but what occurred in death. In the 1940’s and 1950’s a less than honest caretaker coupled with the careless loss and destruction of county records has made many gravesites lost to time, and even now only an estimate can be made of the true number of residents. In fact, many graves were relocated which also does not bode well as is a catalyst for supernatural activity.

Time and vandalism have not helped the case either, as the years have passed and the cemetery has deteriorated and that too is a recipe for a haunting. For much like the Rose Hill cemetery a little to the east, desecration makes them unhappy and when they are unhappy they make their feelings known.

So for the brave soul, who wishes to venture to this corner of Martinez, bring a camera and expect some interesting photos as well as a few strange noises. As I said many orbs have been sighted, as have shadowy figures. If you do happen to snap a photo of a spirit please let us know!

One final word of warning, please be careful cemetery’s, especially older ones, can be dangerous. You should also let the proper agencies know of your interest and intent before heading there on a moonless night, because the spirits are not the only things who might be watching, no doubt the Martinez Police Department would also take a keen interest to your unannounced arrival.