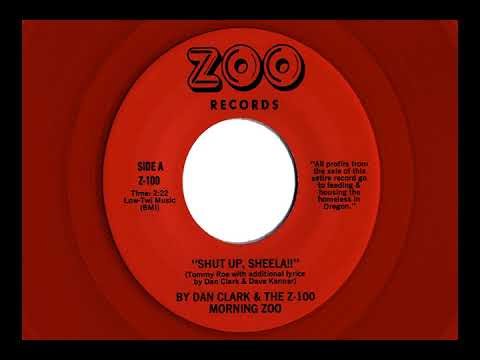 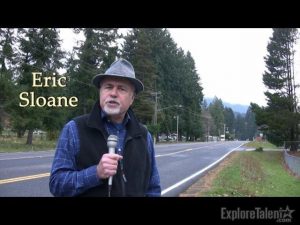 It was a strange time in the early 1980s in Oregon, a place where people were known as pioneers and risk takers, idealists and dreamers. Yet when a group from India tried to establish their ashram in the Oregon desert, they were met with skepticism and suspicion.

Which, as it turned out, was more than justified. 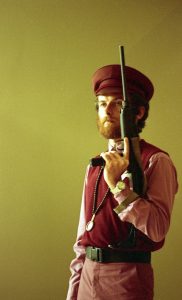 The followers of an Indian guru – Bhagwan Shree Rajneesh – had purchased a 64,000-acre ranch and said they were there as peaceful farmers, eager to enrich the soil and to use advanced methods of raising crops so their community could be self-sufficient. Their farming efforts succeeded, and soon there were bigger plans for building an entire city on a mountaintop overlooking the John Day River. But the ranch was officially zoned for agriculture, not for urban growth. That’s when push led to shoving in a dangerous game played by Bhagwan’s personal secretary, Ma Annand Sheela, and her inner circle.

Radio reporter Eric Sloane leads us through those times with his in-person audio interviews conducted during five visits to Rancho Rajneesh. At first, the progressive nature of the growing community seemed expansive and life-affirming. There were summer camps for families, swimming in two man-made lakes, organic vegetarian meals and a new form of exercise called ‘Rajneeshercise.’ The group’s mission involved spiritual seeking with their guru, who they regarded as an enlightened master. 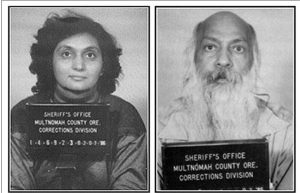 Bhagwan’s brand of spirituality involved a mix of eastern and western religious practices, including elements of Hinduism, Buddhism, and so-called ‘new age’ philosophy. The guru rejected the image of turning away from materialism, which he embraced wholeheartedly, enjoying a daily drive in one of his 93 Rolls Royce automobiles. And there was sex. Lots of sex.

When the county election loomed in November 1984, the Rajneeshees made their move to dominate at the ballot box so that they could elect their own members to influential positions on the Wasco County board of commissioners. Thousands of homeless people were bused to the ranch from major cities all across the country. They were dirty, they were hungry and most importantly – they could vote. What followed was an escalating drama of a heavily armed Rajneesh security force, a plot to murder Oregon’s U.S. Attorney, and the carrying out of the largest biological attack in the nation’s history.

Eric Sloane was there, to document the growing menace and to broadcast reports for his radio audience. We have included interviews he conducted at Rancho Rajneesh and his in-person interview about voting rights with Ma Annand Sheela. Sloane’s award-winning journalism has been recognized by The Associated Press and by the Oregon Association of Broadcasters.