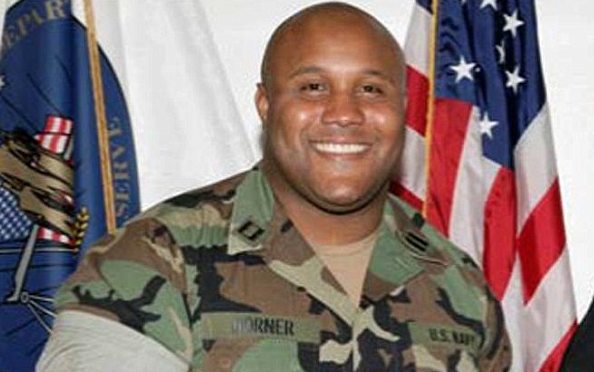 IMMEDIATE THOUGHTS AND LINGERING QUESTIONS ABOUT THE DORNER MANHUNT

Real things were happening on the planet while Obama got ready for his State of the Union address. It was even reported that the showdown taking place in the snowcapped mountains of Big Bear had almost interrupted the president’s little ensemble. When it was over, the charred body of former Los Angeles police officer and accused murderer Christopher Dorner was deceased, and the San Bernardino PD were packing up and going home. Living in between the cities of Los Angeles and Riverside, and being part of the Occupy LA crowd for some time, I had an opportunity to witness the event, along with its reactions, as another hand was almost needed to finish counting the dead. Although questions remain, reflections can still be made.

The timeline (now part of officialdom thanks to Wikipedia) starts on the evening of February 3rd, when Monica Quan and her fiancé Keith Lawrence were gunned down in the city of Irvine. Details of the suspect were reported within days: a not so recently terminated thirty three year old black man, built like a tank, who had just been discharged from the Navy. Three more officers lost their lives during the ensuing 9-day long manhunt. Within that first nail-biting week, in which one million dollars was offered as a reward and fifty or more people were put on a protection detail, two versions of Dorner’s “manifesto” had been widely circulated online.

In this, he at first defines the purpose of a name, and seems hopeful that he’ll be able to “clear” his own. The grievance starts with an Officer Teresa Evans, who he alleges kicked the head of a mentally handicapped man, one Christopher Gettler, in August of 2007. A videotaped statement from Gettler, along with Evan’s own lawyer, supposedly confirms these charges. Despite this, the Board of Officers determined that his tattling had no merit, and terminated his employment. “This department has not changed from the Daryl Gates and Mark Fuhrman days…I will correct this error,” he writes chillingly. “I have nothing to lose. My personal casualty means nothing.”

both the Law and the requests of people like Mike Ruppert, who demanded a trial in which Dorner might look into the eyes of his victims, and where the public  might hear his allegations, the San Bernardino PD obliged the seemingly mutual ‘not-coming-out-alive’ agreement. audio recorded by local news outlets captured several unnamed officers repeatedly shouting to the gas” and “burn the motherfucker down” – referring to the cabin off of highway 38 that Dorner, the “walking exigent circumstance,” had trapped himself in. “It was not intentional,” San Bernardino Sheriff McMahon said with relief. Whew!

The doctored account of these action-packed events were projected by CNN’s Wolf Blitzer, who was ordered to cut his live transmission during the standoff. This mainstream perspective is intensified with the narrative delivered by Sean Hannity, FOX’s “extreme” talking head, who, along with his assistant bimbos (the colloquial term), insisted that “the left” was supportive of this man, chasing conspiracies about his demise instead of grasping the fact that he was a killer who had no rights.

Contrary to the Network whitewash, details about the manhunt – said to be one of the largest ever on this side of the world – have yet to be answered. Included in these are the editorship of the manifesto; the number of wallets discovered; the indiscriminate shooting on of civilians; and the use of what McMahon himself called “pyrotechnic devices” – the gas canisters which ignited the deadly fire.

February 18th, myself and about fifty other activists and citizen reporters gathered to protest and interrogate the police in downtown LA, just outside their glass headquarters. While at least one man here held a sign saying exactly, “We Support Dorner,” others had general derogatory statements about the department itself. The best of these reading simply: “RIP Due Process,” the sentiment held by most.  From the glossary of network reploids (I mean reporters!), Nash of Channel 5 was the most determined for biased coverage.

Nobody who stayed around long that day had praised Christopher Dorner or his actions, and I remember this clearly because I hadn’t argued the point with anyone. What Nash didn’t report were the naming of all those lives lost during the manhunt. As citizen journalist Patti Beer’s footage clearly shows, we were here to challenge the authority of the police, not to encourage anyone to murder their enemies. “It is not,” Sargent Baker told the afternoon crowd, when I asked him if burning suspects alive was proper protocol. The innocent bystanders? “Every time an officer opens fire there’s an investigation.” No comment was made about the audio recording.

During my curiosity of the news, a trend had developed. Declaredly, in taking revenge for police brutality and injustice, a terminated officer went on a shooting spree. During the manhunt, police open fire on several incorrectly suspected vehicles (miraculously not killing two paper-delivery women). The standoff ends when unnamed police officers call repeatedly for some sort of incineration, setting a fire that forces the suspect to commit suicide and perish inside of somebody else’s property. The head honcho of these police officers then tells a ridiculous lie to the questioning public. This offers, in my opinion, a panoramic view of the behavior of law enforcement personnel. From one side of the spectrum to the other. Legality to illegality. Justice to vengeance.

Dorner would then at first appear to be a legitimate whistleblower, only seeking to clear his name (as he said very specifically) and expose the evils of an obviously unjust system. And, just by opening up an opportunity for the police to display their atrocities, time might actually see him become an accidental martyr. Strangely however, he decided to do the one thing that would immediately loose him sympathy: he went after the families. “I never had the opportunity to have a family of my own, I’m terminating yours…Look your wives/husbands and surviving children directly in the face and tell them the truth as to why your children are dead.”

With this is TMZ’s gained footage of Dorner buying scuba equipment just days before the first murders. He couldn’t get out of the border, couldn’t steal a boat (didn’t have one), and eventually stranded himself in the frosty mountains. This hasty, lack of preparedness shows a lower degree of motivation; completely discrediting his desire to be a genuine Rambo and instead making himself look like he’s suffering a violent temper tantrum.

Of course it’s still very possible this was only a human being compelled early on to do right, and that experiencing an environment he hoped would be radically different had indeed driven him over the edge. Yet his allegations seem to be relatively mild in comparison to other reports in the area. I’ll leave it to reader to decide whether a heroically-charged young black man joining a flagrantly racist and corrupt police department is only an attempt to light one’s own fuse, or whether one should just go along to get along, as something people like friendly Sargent Baker (a sixty year old black man with some-forty years on the force) have no doubt had to do. Or, if being an officer of the State is kosher at all.

Ultimately, the statistics of racial discrepancy when it comes to police brutality matters very little to someone like me, who’s skull, like Gettler’s, has also felt random physical blows from an officer of the law. This man in question was Hispanic. The greater Los Angeles area is comprised of various racial backgrounds, allowing conjecture to make the mind travel with many different scenarios. Which, it is now asked daily, colored officer assaulted which colored civilian? It matters little to those of us who have actually felt their boots.