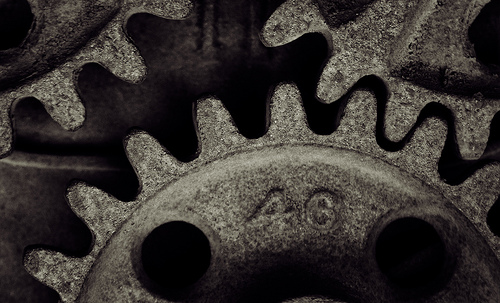 Social Sciences and the Destruction of Individuality

But what sociologists and anthropologists have written about such subjects is as much science as you sitting in a park and writing notes on what people are doing in the playground.

One of the founders of sociology, Emile Durkheim (1858-1917), coined the phrase “collective consciousness.” Durkheim insisted there were “inherent” qualities that existed in society apart from individuals. Exposing his own absurd theory, he went so far as to claim suicide was one of those qualities, as if the “phenomenon” were present beyond any individual choice to end life.

He wrote: “Man is the more vulnerable to self-destruction the more he is detached from any collectivity, that is to say, the more he lives as an egoist.”

In other words, according to Burkheim, the individual who rejects the norms of society must be wrapped up in himself in some morally repugnant way. There are no other alternatives.

In his book, The Division of Labour in Society (1893) (wikipedia), Burkheim spun moral conscience in the following fashion: “…Make yourself usefully fulfill a determinate function.” He cited this as a kind of command issued by collective consciousness. This is the presentation of the individual human as machine-cog.

From the mud of sociology’s beginnings, the long sordid history of the academic discipline brings us to something like this. Peter Callero, of the department of sociology, Western Oregon University, has written a book titled: The Myth of Individualism: How Social Forces Shape Our Lives (2013, 2nd Ed):

“Most people today believe that an individual is a person with an independent and distinct identification. This, however, is a myth.”

When Callero writes “identification,” he isn’t talking about ID cards and Social Security numbers. He’s talking about an absence of any uniqueness from person to person. He’s asserting there is no significant distinction between any two people. There aren’t two individuals to begin with. They’re a group.

This downgrading of the individual human spirit is far from accidental. It’s launched as a sustained propaganda campaign, the purpose of which is top-down control.

“The cold truth is that the individualist creed of everybody for himself and the devil take the hindmost is principally responsible for the distress in which Western civilization finds itself — with investment racketeering at one end and labor racketeering at the other. Whatever merits the creed may have had in the days of primitive agriculture and industry, it is not applicable in an age of technology, science, and rationalized economy. Once useful, it has become a danger to society.” (Charles Beard, 1931)

“British empiricist philosophy is individualist. And it is of course clear that if the only criterion of true and false which a man accepts is that man’s, then he has no base for social agreement. The question of how man ought to behave is a social question, which always involves several people; and if he accepts no evidence and no judgment except his own, he has no tools with which to frame an answer.” (Jacob Bronowski, Science and Human Values, 1956).

Bronowski is quite sure that hearing other people’s evidence and then keeping one’s own counsel is wrong. One has to accept that evidence on its face? This is sheer idiocy. Individuals are capable of deciding, on their own, what social agreements to enter into.

Even more to the point, Beard and Bronowski were both high-achieving individuals—who then turned around and celebrated the kind of society that would try to flatten and level the individual to an average.

The world has many such experts. They rise high enough and then they preach collectivism. They become social meddlers. They believe they have the tools to plan what kind of world we should live in—since they are not part of that world anymore.

Freed from the obligations with which they want to bind us, they can pontificate and scheme and fantasize about social, economic, and political constructs in which The Group is all.

This is elitism par excellence.

“It cannot be said too often — at any rate, it is not being said nearly often enough — that collectivism is not inherently democratic, but, on the contrary, gives to a tyrannical minority such powers as the Spanish Inquisitors never dreamt of.” (George Orwell, 1944)

The people who take it upon themselves to impose a planned society on everyone else don’t have much to say about freedom. Why would they? It’s a wild card, and it belongs to the individual, whom they consider merely an obstacle to the so-called progress of the group.

The very basis of sociology and anthropology, with which college students’ heads are filled, is: know the group. These pseudo-disciplines have thrived because elites with real power are doing everything they can to eradicate the concept of the individual.

Why would anyone perpetuate the myth that these two academic subjects are “social sciences?” There is nothing scientific about them. Their practitioners may devise computer models and debate the merits of one generality about cultures vs. another. But otherwise, we’re looking at nothing more than a gateway into planning a world management system.

In which the individual plays no part.