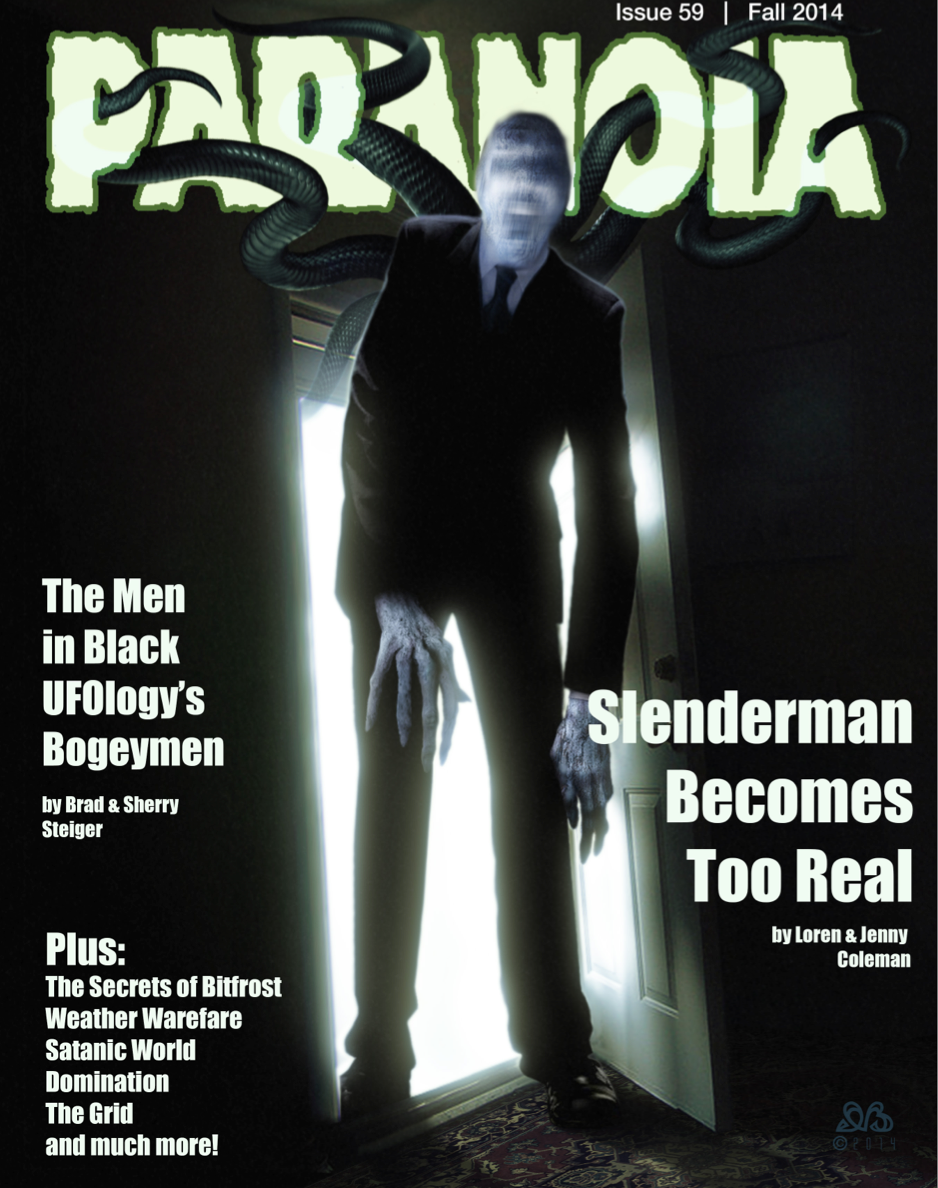 In this AMAZING ISSUE:

Slenderman Becomes Too Real
Sometimes chaos is faceless. Sometimes it has a face.
By Loren & Jenny Coleman

The Tendrils of the Slenderman
Imagine a tall figure in a black suit. His face, if there is one, hidden in the shadows, a glimpse of pale, unnatural skin…
By David Weatherly

The Secrets of Bitfrost
All an interesting and fanciful tale, some might say. How charming, how droll… Those primitive viking barbarians…What could they really know, after all?
By Wm. Michael Mott

Slenderman: Proof of a Modern Tulpa
Slenderman is a legend that is only five years old, but his image has been buried deep within us and the manifestation seems to be in our world of the real.
By Clyde Lewis

Mysteries of the Left Handed Path and the Symbolic Domination of Government
It is a little odd that five of the last six presidents were left handed, and in most cases seen as populists as well as fair successful in there presidencies. But why does that matter?
By Olav Phillips

Paranoia, Conspiracy and the Lone Nut
At dusk on October 4, 1960, a Lockheed Electra aircraft flew into a flock of starlings on take off and crashed into Boston Harbor. Of the seventy-two passengers onboard, sixty-two were killed.
By Robert Preston

Is the Weather Being Used as the Ultimate Weapon
In 1957, President Dwight D. Eisenhower’s advisory committee on weather control explicitly recognized the military potential of weather-modification, warning in a report titled: “Socio-economic Implications of Weather Modification” that weather could become a more important weapon than the atom bomb.
By Tim Swartz