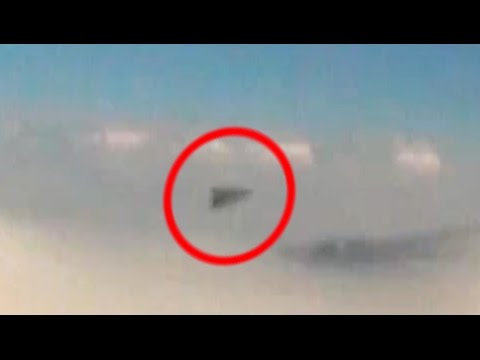 Secret Triangular Aircraft Sighted AGAIN! This Time there is Video!

Over the last few months there has been an increasing number of sightings of a specific style triangular aircraft seen in our skies. The first photos emerged from the Midwest and South of the United States and clearly showed triangular aircraft shooting across the sky. Now it appears we have another set of photos, and a video!

The video, which purports to come from an Air France flight 10/10/14, appears to have been taken at cruising altitude as the flight makes its way towards France. As the video starts we see the triangular object flying parallel to the Air France flight before effortlessly glide into the clouds before it disappears.

These sightings are becoming increasingly common and would seem to indicate an increasing number of these aircraft moving through the sky. One element which is interesting about these sightings is that they have commonly been misidentified as UFO’s. They are UFO’s in so far as they are Unidentified Flying Objects, but I think at this point the assertion that these aircraft are alien is off base. These aircraft being seen are human, built in the United States and are most likely a next generation aircraft from the mythical Aurora which entered operations in the early 1990’s.