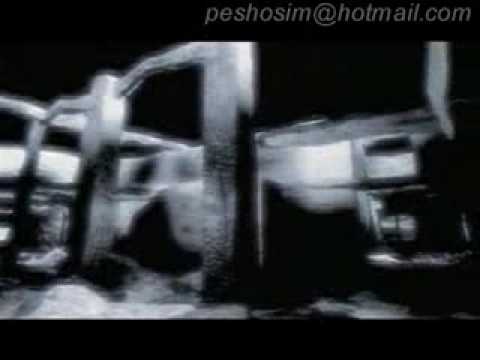 One of the good things, or bad things, about delving into the dark reaches of deep conspiracy is an undeniable awareness of the things you see and the world around you.  For those of us to dwell in these darkened corners there is an undeniable obviousness to many of the predictive programming or symbolism we see in the world around us.  Logos, films, television and radio all seem to reveal symbols and ideas.  So it was with much interested and I caught a glimpse of something truly interesting in Wolfenstein: The New Order and it wasn’t the game play – which by the way is entertaining.

As I progressed through the game I encountered a mission where I was sent to the London Nautica which is some sort of high technology development lab but apparently also boasts a museum of sorts.  During this portion of the game a series of things caught my attention, most of which I’ll get to in another post, but one in particular really got me to thinking and if you look to the far left you will see a poster with a rocket.

Now trying to be aware of such things, after I cleared the bad guys, which in this game is no small feat by itself, I moved over to look at the poster and what a poster it was. The poster exclaimed Nachster Halt: VENUS!  or translated Next Stop: VENUS!  Now that is very interesting.

In my book The Secret Space Age as well as in my various articles on the subject I have hypothesized that in World War II the Nazi’s, having successfully built interplanetary vehicles, went to Venus by way of the Moon as a temporary base.  The allies, or the rest of the world, went to Mars instead. So why do I think this? There are a couple of reasons I believe this, the first being the much told tale of Valiant Thor.  A “space brother” from Venus who visited us here on earth back in the 1950’s.  During his stay he visited the Pentagon and numerous leaders in the United States apparently to bring a message of peace from the Venusians and he did it with a UFO which looked very similar to the Haunebu.  Now this is interesting for several reasons.  The most glaring of which is his name Valiant Thor or Brave God of Thunder (Thor is the Norse God of Thunder).  Pretty odd name since the other members of his part had normal names like Don. Which brings me to the second reason I think they may have gone there.

Venus is a very inhospitable place and we have only landed, along with the Soviets, a few probes there which were quickly destroyed. After those probes were destroyed we haven’t really shown any interest in that planet aside from presenting its existence to school children in planetariums.  We launch probes to map mars or the moon, to land on asteroids but never Venus.

So getting back to Wolfenstein – I decided to take a better look at that poster and it’s very interesting… It reads:

Now that is very interesting because, as I later found out, in the Wolfenstein plot line the Nazi’s did indeed colonize Venus:

The second planet from the sun, Venus is covered by a toxic, hot and incredibly dense atmosphere of carbon dioxide. The Nazis, having colonized the Moon, plan to colonize Venus next, starting by building a massive floating city in the upper atmosphere, where the conditions are comparatively Earth-like.

They also plan on sending drones to look for signs of life, even microbilogical. <Wolfenstein Wiki>

The first-person shooter game Wolfenstein: The New Order (2014) said that the Nazis were successfully landed on the moon after their victory in World War II, and they built a base on it. The protagonist B.J. Blazkowicz infiltrates the Nazi lunar base in order to steal a nuclear weapon activation code for the resistance. <Wikipedia>

But wait there is another curiosity hidden within this poster!

Now this really caught my eye.  I had found a poster which clearing is advertising a journey to Venus but talks about Mars.  This is very strange, is it a typo? A small nuance which the QA engineer missed?  It probably is in fact a error but its very interesting none the less.  It’s interesting because it shows their intent was Mars not Venus (which is the route we took in actuality) or this is also a hidden predictive programming gem which was waiting for someone to catch it.

So now the larger question – Is the game predictive programming or just a game? That is a question only the engineers who worked on Wolfenstein could answer.  From a predictive programming point of view, even subconsciously, it would appear we are being told the Nazi’s went to Venus which is the argument I’ve made for sometime but it also clearly pushes us towards being prepared for the idea of Mars colonization.  Mars colonization is something of a meme these days with movies like “The Martian” which will be coming to our screens soon or the plethora of other films involving our neighbor Mars.

If it is not predictive programming, because lets face it not everything is predictive programming (I’m still waiting for The Event to happen which supposedly was going to usher in Disclosure), then its some very inventive story telling which we should take note of.  If you are going to make a game such as this, even with all the controversy, its interesting that someone did their home work and made a inventive story which seems to mirror reality, at least as far as I can tell.

Which leads me to the last part of this puzzle.  During my search for information about the Venus / Nazi UFO aspects of the game I came across a very curious piece of video on Youtube (I was looking for video of the game but found this).  This film, which I cannot vouch for other then to say it is very interesting, is a segment from what appears to be a Spanish language show about Nazi UFOs or something  in that realm.  The video has Russian language subtitles as well as English subtitles which translates most of the dialogue.  The video is particularly interesting because it is apparently showing a damaged hanger of some kind which shows fire and structural damage.  The video was supposedly shot by American Astronauts on the Moon.  Again its authenticity should be considered suspect but I think more analysis is needed at a minimum.

Now if that movie is real it is certainly not Apollo 11 but if its genuine could show footage from another earlier military mission along the lines of Apollo 20.