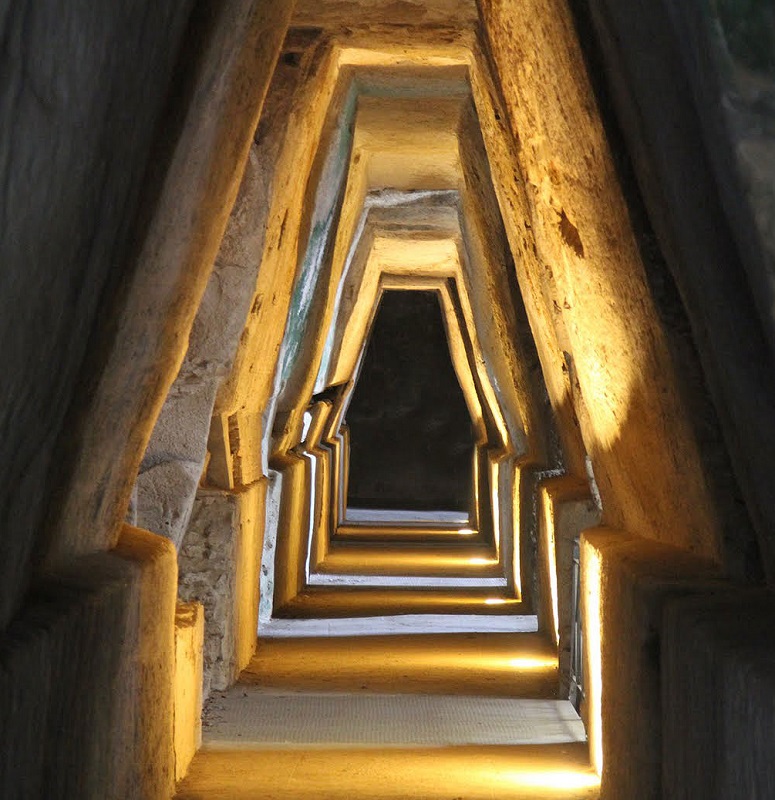 Mr. Strange’s Improbable Destinations: The Accursed Cave of the Sibyl

Not far away from Napoli, in 1932, the scientists found out the cave of fantastic creature, the prophetess Sibyl. They easily recalled the descriptions of Vergil given to foreseers who predicted future to those who lost in this life. One of the most-well-known ones was the CumaSibylibyl who accompanied Aeneas in his hellish underground trips. There are several stories that penetrate the mystical egregore of Italy, and many of them are connected with the cave of Sibyl.

God of youth and beauty, Apollo, would like to make an experiment, eager to understand the secret of eternal life on the Earth. So, with the help of wise Sibyl he decided to gauge how much sand could be placed in her arm because the grains of sand are considered as the symbol of infinity. However, the experiment failed because Sybil forgot to ask Apollo how to extend eternal youth and transformed into the tiny wrinkled creature. It took off from here. Her body dug its claws into the bottle that was hanging on the tree. Articulating the prophecies, Sibyl also asked for death…

Perhaps, now travelers understand why the cave of the Sibyl is recognized as the cursed place. The very personality of Sibyl is connected with the punishment of gods and the opposition of life and death.

In the beginning of the XX century the researchers found out cave that is believed to belong to Cumaean Sibyl. After decoding the ancient sources, such places were the first Greek colony on Italian coast settled in XVIII century BC. Moreover, everybody who is interested in the history and archaeology could watch the ruins of Apollo’s temple and church of Jupiter dated back to the V century BC. Nowadays all the cave is 131 meters in width ending with the small hall with three arches that are believed to have been a house of Sibyl.

Maybe, sitting inside the cave, you will be able to remember the predictions of Sibyl known as the special books. According to the legend, Cumaean Sibyl invited the king of Tarquinii and offered to buy nine books of hers. When he refused, she set three books on fire and offered six on the same price. Again, he was reluctant to make a purchase, and after burning three books, she proposed the same price for others. These three pieces of literature were bought by the king. Afterwards, in the darkest hours Romans applied to them for pieces of advice.

No wonder, old Greeks respected the memory of Sibyl. They built up the tunnel which was changed and extended in IV-III centuries BC. Currently these mystical halls are open for the visitors who are not afraid of immersion into the darkness.