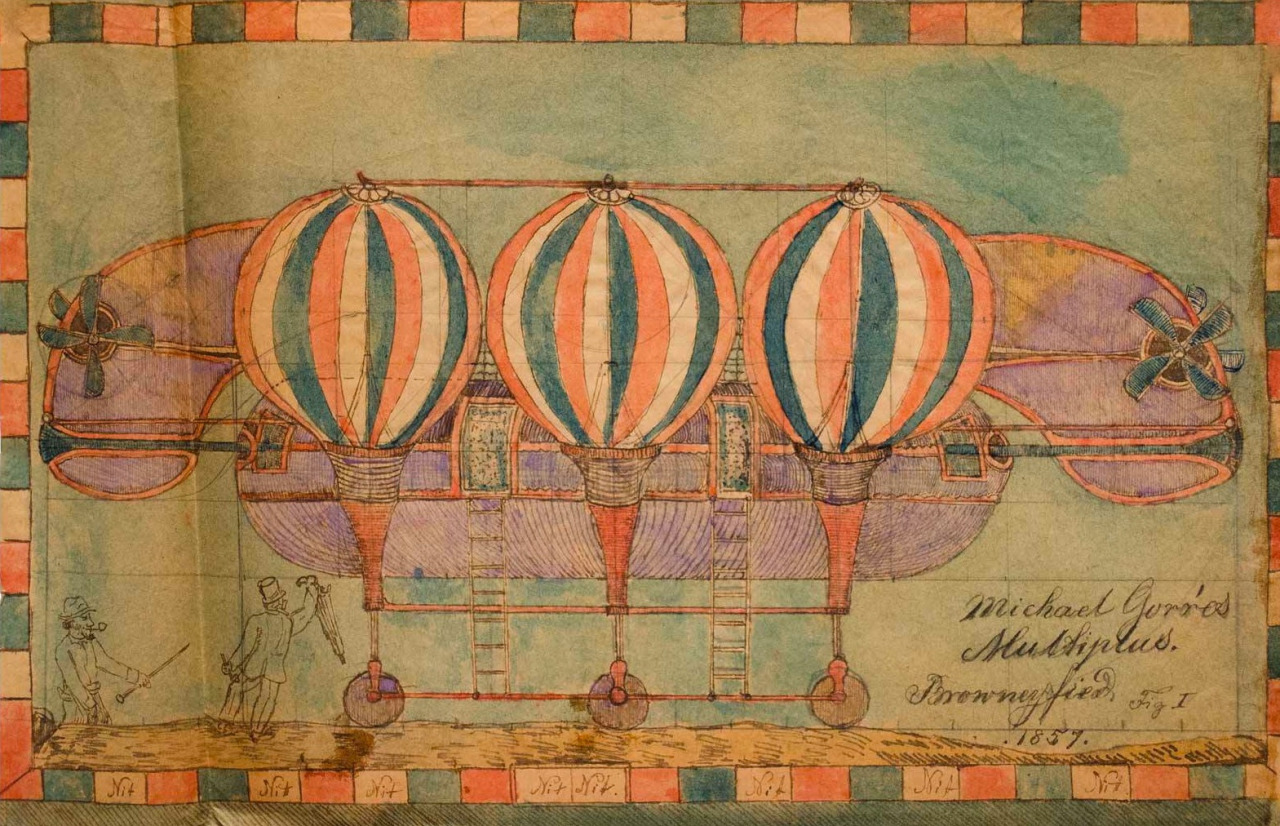 Have you ever been at a baseball game enjoying a brew when an airship flew overhead?

Maybe you took a tour of the amazing hangers at Moffett Field? The answer is probably yes. At some point, we have all seen those majestic airships grace our skies at one time or another. The way they glide through the sky, floating amongst the clouds … 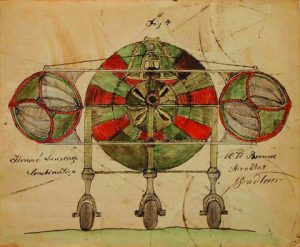 What if I told you that Northern California was the epicenter of a mysterious wave of airship sightings that spread across the entire United States in the 1850s? It sounds far-fetched I know, but it is never the less true, and the source of these amazing vehicles was not far from here. In fact, there is a little-known monument at the Livermore Airport.

The year was 1850, a time when the only means of human flight was in a simple balloon which was tethered to the ground by heavy ropes. It was in that year a group of men came together in Sonora, California, to form a secret club called “The Sonora Aero Club.”

Operating out of a small airfield near Columbia, California, these inventors came together with radical new designs for truly navigable airships similar in appearance to the ones you see today.

Very little is known about the Sonora Aero Club, and what is known is the stuff of myth and legend. Much of what we do know comes from a single man known as C.A.A. Dellschau, who documented the designs in secret and took notes as to the nature of the club’s adventures.

It is believed, in part because of a story Dellschau passed along, that at least one of these airships made it as far as the giant redwoods because Dellschau retold a story about that particular airship called “The Flying Trap.” The airship carried a device called a “balancer” located beneath the carriage; it was prone to get caught on tall objects such as trees. During one such flight, the “balancer” apparently got caught on a tall redwood tree, which resulted in a crash that killed the pilot.

What makes Dellschau’s notes even more intriguing is that he refers to one of the inventors by the name of “Wilson” who had a large airship that required a crew. This name pops up again during the airship sighting wave of 1890 in which several newspapers from our area talked about one of the pilots being named “Wilson.”

Another member of the club was a man named Jacob Mischer who designed a craft called “The Aero Flyerless Gander.” By all reports, Mischer’s aero, as they were called, was highly successful and undertook several long flights leading Mischer to try to commercialize the aero design.

Apparently, he had dreams of using it to ferry cargo to the deepest reaches of the Sierra mining camps. This, however, according to Dellschau, was not looked upon favorably by the leaders of the club who wanted to keep their inventions secret, so according to the Dellschau the leaders of the secret group sabotaged the aero, and during a routine flight, Mischer’s aero exploded, killing him.

Another inventor pilot spoken of by Dellschau is Peter Mennis who, in 1857, built the “Aero Goosey,” which was a smallish craft with a basket gondola and was powered by some sort of liquid fuel. Attached to an air pressure motor and two airbags on the side, the design was so successful that it was adapted to build larger aeros which included galleys, toilets, beds and other conveniences. It is said that the basic design of the Aero Goosey was seen as the base platform for many of the future aeros designed and built by the club.

Some of the designs were fairly sophisticated. A case in point is the “Aero Dora” designed by Ernest Kraus. Its main propulsion system was an engine called a “sucker-kicker” and functioned by compressing air, similar to the way a jet engine works today. The Aero Dora was even equipped with retractable landing gear, shock absorbers and other fairly sophisticated devices even by today’s standards.

But the true secret lies within the gas they used for lifting these devices into the air. It was called “NB” gas. Its exact properties are not known, but we are told that NB was so powerful that it could lift even the heaviest aero with only a minimal amount of gas.

Why did they all agree to keep these amazing flying machines secret? The world will probably never truly know. Dellschau himself died at the age of 93 and is buried in a small plot in Washington Cemetery outside Houston, Texas. He left behind over a dozen volumes of books relating stories of the club’s adventures in the skies over California, but outside of references to The Sonora Aero Club and NYZMA, it is never discussed what they actually were. We can only guess they were secret organizations of inventors.

OK, so that’s all well and good, but didn’t you say there was a monument? Ahh, yes, the monument. Outside the Livermore Airport terminal building there is a small monument dedicated to a man named Charles Tolliver who apparently was active in researching Aeros. It says: 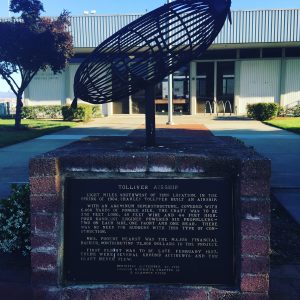 Eight miles southwest of this location, in the Spring of 1904, Charles Tolliver built an airship.

With an aluminum superstructure covered with 6,000 yards of pongee silk, the craft was to be 250 feet long, 40 feet wide and 44 feet high. Four gasoline powered engines and six propellers – two on each side, one front, one rear. There was no need for rudders with this type of construction.

Mrs. Phoebe Hearst was the main financial backer, contributing $72,000 to the project.

The first flight was to be late February 1907. There were several ground accidents and the craft never flew.

This monument appears to coincide with an article from the San Francisco Call newspaper dated April 8, 1907, which talks about C.H. Tolliver launching a new style of airship, an airship which looks remarkably like the aeros of Dellschau’s books.

The article states: “Toliver’s airship, which has been constructed after five years’ labor at Verona, Alameda County, was “launched” from its cradle yesterday. The inventor is confident of the success of his huge balloon, but it will be several days before a trial trip is made.”

It goes on to say that the airship, which was over 225 feet long, was the largest such airship ever built in the United States, and housed a cabin, engine room and pilot house within the airship. The airship also had a propeller on each end and two smaller propellers mounted on the sides for steering. While the article does not address the outcome of a pending test flight, the monument states the airship was never successfully flown. The article does state, however, the airship was successfully launched.

Was Tolliver’s airship one of the mythical aeros? We will probably never know. The true story of NYZMA and the Sonora Aero Club has been lost to time. What we do know is that in 1890 – several years after the aero tests and work done by the Sonora Aero Club and NYZMA – there was a rash of sightings of strange airships fitting Dellschau’s description of the aeros, starting with sightings in the foothills, moving to the Bay Area and stretching across the country. These mysterious airship reports forever set themselves amongst not only the enigmas of the United States but of Northern California, and their legacy lives on today, especially in a little corner in front of the Livermore Airport passenger terminal.