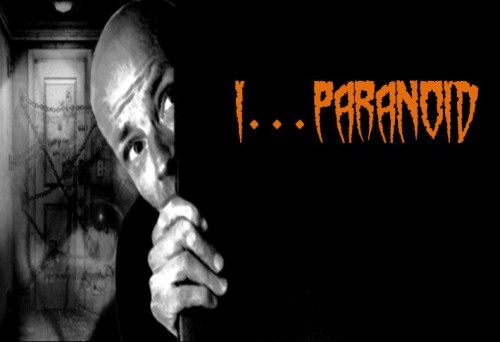 National intelligence agencies are now the authority in this country and it seems that they are the ones who approve what is truth. What falls through the cracks is the ooze and paranoid conspiracy theory that we are told to avoid because it is just not American to be a paranoid collector of the muck that is left behind from the deceit that we have been given for nearly 60 years.

We see bribing and blackmailing, sex scandals and character assassinations on a daily basis. One minute we are enamored with darlings of the media and then vultures gather to eat the carrion left behind when that darling becomes public enemy number 1.

Nothing ever stays clean in a world of mistrust. Our hyperawareness can’t handle a perfect world. Was it ever a perfect world? Was there ever a time where you could trust the motives of anything or anyone? We are in a time of programmed helplessness. Sure the world is bad, everything is bad, but what can we do? Everyone is out to get us, and we are told that we are targets because we are free. The big lie is when we are vexed by increased worries you are not free. You are not happy, and the big lie we tell ourselves is that something will intervene. Some externalized hope that we will be delivered from the dread. In the 50’s we were told to “duck and cover” Today we are told to ‘give up” or you are either with the majority or you are alone. When you are alone with your thoughts you succumb to paranoia that lurks in the shadows,

There seems to be an onset of paranoia in the United States that permeates in a manner that is far more active than in times of the Cold war. In that era we were aware of the Soviet threat. We could name the so called enemy and we could hide in our shelters with guns and ammo waiting to dive into our stored wheat that we would grind into bread. The world worried that nukes would be used to show whose boss. Even though there was deep rooted paranoia with the cold war there is nothing that is far more dreadful than the paranoia in the post 9-11 haze.

We are pumped full of propaganda that tells us that there are people out there waiting to kill us. We are told of terrorists that are out to blow up trains and there is no mass protest when our president signs a patriot act that negates your constitutional rights. It is okay that our president uses an electronic remote control pen from France to set in stone more laws that revoke personal freedoms.

When are not focused on politics, our mind can wander into the paranoid darkness of Armageddon on the horizon, alien invasion, and the human reptilian take over by the power elite.

It may sound crazy, but if it is, it is lunacy en masse, we are not alone in our paranoia and there has to be a logical explanation for all of it. There is either a mass psychosis or it really is happening and we have every reason to think that there is something lurking out there ready to pounce. There are many people who conclude that paranoia is a result of losing faith, or dwindling in faith in religion, politics and human honesty.

All of the above seem to be damaged today and so the deep question is can paranoia really be paranoia if you know that human honesty no longer exists in places where you used to count on accountability? The so called “experts” tell us that paranoia is a gateway to a schizophrenic fantasy. However we as a nation have suffered so many traumas, it should be normal for an average American to have some sort of paranoia running around in his or her head.

We have had a virtual cloud of paranoia that has settled over the United States since World War II. It seems to have grown larger since that time. There has been too much secrecy and deceit that has left a indelible mark on the psyche of the country. We must continually tell ourselves that things will improve and then we secretly speak to our own consciousness that there is a devil responsible for all of our troubles. We say to ourselves that it could be the Jews, or Immigrants, or gay people. We can do all sorts of things that give us the false sense of security that the vampires will be kept at bay.

Military experiments with mind control have given us well known monsters who have maimed and killed and some of them still are among us ready to strike at any time. We also look up in the sky and what we see are not just planes and birds, we see strange aircraft maneuvering and crashing in desert locales. We wonder what the military is doing in our back yard, and why military planes and black helicopters are scoping out an area where the media told us a meteorite fell.

We are told the John F. Kennedy was killed with a magic bullet. There have been years of media cover-ups and political secrets piling high which creates a bit of political schizoid bias where we are forced into believing the unbelievable. It can be said that perhaps those who believe the official story of what happened in Dallas in 1963 is minimal and equally, those who now believe that the moon landing was a fraud are growing now that we are over 40 years from the alleged heroic moon landing and the manned space program no longer exists.

Truth has become such a casualty in the cause for “freedom” – that it is accepted by most Americans as a fact of life, part of the struggle, and a paranoid alternative to the :”civic religion.” The devils are in control and the secret has to be that the United States is the biggest conspiracy of all. Is that sounding paranoid? I can’t help myself; I know they are out to get us!