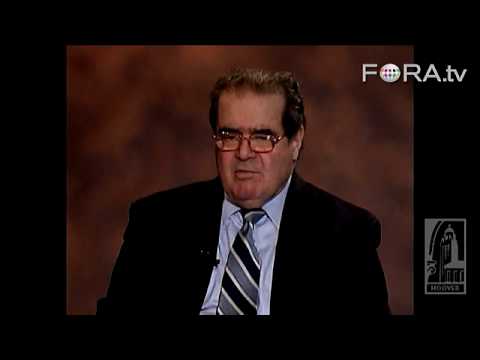 When a person decides that world events are not as spontaneous as one would think, you begin to swallow the bitter pill of realizing that past idealistic views of what moral excellence consists of becomes a subjective blow to your faith.

You find yourself scratching at the bizarre surface of what can be called reality and want so badly to get your blissful ignorance back. The transformation that happens during your awakening is not always comforting, not always pleasant, but you realize the perseverance is your goal. You have to commit to living life to its fullest despite the fact that much of the game you were participating in was rigged for the benefit of the few.

The goal of the so-called conspiracy or the cryptocracy is to maintain humanity in constant state of ignorance, suffering and conflict.

Throughout history and in our own present we can count on the world’s most powerful individuals to abuse their power and with this constant and dependable fact we can safely say that any kind of conspiracy or great plan is inevitability.

The year 2014 is still new and there is really no need to sabotage any and all hopes for a better world, and my intent is not to shatter anyone’s dreams, or to instill panic for a nebulous year. My intent is to acquaint you with the reality that the time for the power elite to establish their stronghold is growing short and their plans for full spectrum control are becoming more and more desperate and evident.

Claude Steiner once said that “paranoia” is a state of heightened awareness and determined that the alienated are simply those individuals that have been at the receiving end of abuse at the hands of the powerful.

He postulated that the cure for paranoia is a therapeutic healing of the soul. The problem however was that the practice of soul healing or “psychiatry” became mired in political control and infiltrated with irrelevant medical concepts and terms.

Soul healing was replaced with “programming” and “chemical enslavement” and that while the powerful still try to implement policies that bring about pain and suffering, we tend to now be passive about it because now we have drugs and programming to erase the harsh impact that it once had.

This creates what is called “The Flawed World Theory” or “The Making Manifest of All That is Hidden.”

The transmogrification of the world population into the New Dawn of the World order requires a series of psychological and physical warfare in the form of “trauma events” and events that, when filtered through the media, have a ritual occult and initiatory effect on the populace.

These are psychological crimes or ritualistic crimes that are committed in the “open marketplace.” Ritualistic crimes and the initiatory desensitizing are no longer limited to the allegedly spontaneous events like assassinations and mass murder delivered by the media.

They can be found now in the entertainment we choose. We now live an age where virtual trauma is part of the psychological diet of most Americans. Even in the most innocent of books, games and movies we find that violence and loss of control of one’s own fate is now an underlying message in today’s entertainment.

In the new programming that has been arranged and shown to the masses, criminals become heroes and psychopaths become trusted partners and good friends who are needed in world full of undesirable monsters.

It works for the populace in their much needed fiction. We are playing in the fantasy world where vampires are misunderstood and criminals are heroes, only if they have good intentions like doing it all for the greater good of protecting home and family.

We are also exposed to a fictionalized view of the police and how we think the criminal justice system works and how in some fictionalized reality we condone vigilante justice not just in the television shows and films but in our own reality.

In the harsh world of the New Order, suspects are criminals before they receive their day in court, and we assume that is the NSA is monitoring the phone calls of an individual that they most certainly are an enemy of the state.

We believe that the powerful are the good guys and that what they say is for our own good and all along we are falling for their way of reminding us how they are needed and that we are no longer capable of fighting the nightmares that they have generated.

The cryptocracy is counting on you to not recognize the devil that’s in the details.

Many people are proving that the cryptocracy is winning, and yet there are others that are seeing the International globalist and significantly obvious conspiracy and are trying to warn everyone of its treacherous ways of manipulating the consensus reality.

Soul healing is not the objective of the elite. It is depravity that is the objective, it is a chemical tranquilizing of morality and eradicating of real sensitivity towards matters of virtue and the preservation of innocence.

The conspiracy, if you choose to believe its existence, is here to weaken the populace and tire them to point of not resisting when the time comes to close the deal with their endgame proposals.

Eventually the mask will drop. The true face will be shown and no one will flinch at the grotesque nature of the political plan to have a globalist stronghold that will tell you that they have a plan to save you, but you must participate in a ritual of blood cement in order to feel comfortable.

The cryptocracy knows that the best slave is the one that can admit to being a slave and does everything that the master asks.

This means that whatever the cryptocracy uses to demoralize you, you will take it and accept it without question because you have finally learned like a good pet how to get your biscuit without being slapped on the nose with a newspaper.

The government today rules by fraud and the trick of government is to convince the people that those who govern are the good shepherds when they are really the wolves. Our future depends on our ability to break out of the conditioning which keeps us believing the lies that they tell. All it takes is a genuine contradiction to the false reality and it is exposed as false. There needs to be a large group that strives to strike down the contradictions even it goes against your conditioning.

The ruling-by-fraud technique and the ‘herd conditioning’ has been useful in many instances and the process of this fraud is evident in the fact that one can now declare that the constitution of the United States of America is dead.

As I have indicated before, the solution of global government against all threats to the world will test our ability to remain independent.

I know that at this moment that there are people that will claim that they will fight the easy way of dependence on a global government in the face of a perceived threat.

Then again, I am also seeing more and more people who are irate at the messenger who tries to break the conditioning by stating something that is contrary to the fraud that the authorities are trying to push on the general consensus.

People in crisis or in the middle of a major emergency or proposed threat are afraid to trust their own perceptions and what their hearts tell them. The authorities are always keen on using psychological observations and gauging a crisis for what the people are saying and doing while under the powerful cloud of fear driven rhetoric.

This is why we have seen the Patriot Act(s) that have been recognized as law, and the proposals in the NDAA that seal the reality of an acting police state and a self-perpetuating panopticon.

We can all tell ourselves that these proposals are there to protect us from a violent world, but we miss the reality that they are proposed to protect the elite. They are in place for those who do rebel when the confession of treachery is made and those who choose not to be slaves’ revolt.

Once again it is important to remember that the “confession” of the truth about the global elite and their crusade will happen. It will be delivered by an agent of the elite and when it is revealed, we will see a mixed reaction of both passivity and violence.

In 1615, the Rosicrucian manifesto made it clear how the Revelation of the method works and ‘The Making Manifest of All That Is Hidden‘ are used in order to reveal secrets at the right moment in order to demoralize the uninitiated

Entropy is going to force the revelation of the method. If the “crowd think” cannot be controlled or predicted the there will be gradual decline into disorder. The biggest revelation of all is that now with entropy the elite are now openly showing us their dark side. They are no longer hiding their lies and they are excusing their crimes.

There are also a number of people who are also excusing their crimes and accepting them as the way things are done. It is as if we have forgotten that there is another way to right the wrongs of the world.

The elite have the advantage because of wealth, and their criminality that is being financed by fake money and thin promises of beneficial change. We still can see that they are resigned to behaving like tyrants to maintain control.

The dark side of the cryptocracy has been hidden for years and has been relegated to mere conspiracy theory. However, it is now been confessed that the final objective is a New World Order.

War and the threat of war are central to U.S. foreign policy. Not just a war against us domestically but war that shapes the globe and prepares us for a New world order where the classes are destroyed and the rich remain sovereign over a enslaved workforce that is fed the idea that they are working for their freedom.

It used to be that winning wars and declaring peace made us feel good, and now waging wars and continuing them in the name of some dream of freedom keeps us all feeling good about ourselves. As the prospect sickens the heart thickens and soon we forget just why we fight and accept it as the way the world operates.

It has to be said that while Congress and the powers-that-be continue to hype up terrorism and the media parrots the Pentagon with its unchecked sources, the State Department has been seeing a virtual decline in terrorism worldwide.

However, the perceived threats of everything from terrorism to global warming have given the world power elite a way to abuse their power and ignore the rule of law and constitutional rights.

Extreme measures are now normal policy and not the exception.

The frightening thing is that the revelations are not producing enough outrage or shock.

This proves that the elite have succeeded in creating a flawed world, a world that can be cured of all of their perceived social ills and protected with a compartmentalized world power.