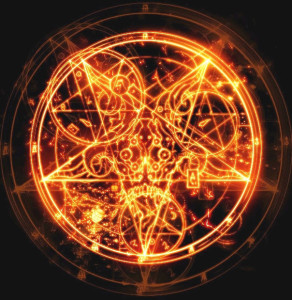 Purported to believe they are part of a magical blood line as well as illuminated intellectually, this cabal has through the centuries created an oligarchical power system where less then 1% of the total population controls over 90% of the wealth.

In every culture there is a notion of duality, that duality is the basic construct of society and culture. To early hunters and gatherers this duality might manifest in the most fundamental concept of life vs. death, but as time went on duality was manifest in religion. From the ancient notions of the gods of the Sun fighting the gods of the darkness to the Hindu god Shiva who embodies both destroyer as well as benefactor. In Christian religions there is the idea of God fighting an eternal battle against Satan/Lucifer for the very essence of humanities soul.

In all cases duality represents a kind of binary option, meaning good/bad, right/wrong, and dark/light. In binary, the zero and the one, meaning on and off, represents this duality. Mostly these binary options represent a symbolic battle of light vs. dark or good vs. evil and that is where we plan to dwell today, in this moment.

In the occult there is a curious duality which has developed over the years , which is both symbolic as well as binary. Called “The Left Handed” and “Right Handed” paths, it was originally popularized by Madame Blavatsky in her 1877 book “Isis Unveiled” as symbolic construct to represent good and evil. The left handed path being the darker of the two and often reject societal convention and the status quo, which some would suggest is a quest for spiritual freedom. As a result, followers of the Left Handed Path embrace magical techniques that would traditionally be viewed as taboo, such as sex magic or embracing Satanic or Lucifarian imagery or beliefs. Something that has long been believed and much researched about the Illuminati.

The Right handed path is the converse and represents a more godly path. Practitioners of the right handed path will not engage in taboo or morally questionable activities. As a rule the Right Handed Path is seeking the divine or good.

Symbols of the Left Handed Path

For more then 20 years, the modern time of conspiracy (it goes back much further…), there has been a belief that a small group of people, the Illuminati or Powers that Be, have controlled our small blue spec in space and indeed have a master plan for its evolution. Purported to believe they are part of a magical blood line as well as illuminated intellectually, this cabal has through the centuries created an oligarchical power system where less then 1% of the total population controls over 90% of the wealth. You can argue about that exact balance but in the end run a very small elite group controls everyone else. This is almost a mainstay in conspiracy research or at least it is as much of a constant as is possible to exist.

It is also believe that through their control system they seek to devolve the human population into a feudal style system where the mass population exists as slaves to perpetuate the power of the masters. It is probably because of this many of their activities have been construed as being Satanic or Lucifarian in nature. In occultism terms these powers that be would be followers of the Left Handed Path and as occultists they dwell in a space driven by symbols. Lets face it, symbols are everywhere and very important in society, and its important to these guys too.

So whats with the left hand?

So at this point you’re asking what does the whole left hand right hand thing have to do with it? The answer is quite simple and striking because as it turns out many of our world leaders, historical figures, and cultural icons are left handed. You might argue too many.

In reality left handed people make up about 10% of the population, but they do make up a disproportionate number of leaders and the well to do. A number, which is far beyond what, you would statistically expect.

Notably absent are Carter (39th) and George W. Bush (43rd) both of whose presidencies were marred by revolutions, terrorist attacks, military blunders and economic collapse. Could someone be trying to send a message symbolically? From this list we see a series of left handed presidents who managed the country fairly well and oversaw either economic boom times or economic recoveries brought about by economic failures of their right handed predecessor. Obama is obviously a controversial figure but you can say, whether you agree with his policies or not, that the economy has done better.

It is a little odd that five of the last six presidents were left handed, and in most cases seen as populists as well as fair successful in there presidencies. But why does that matter? The symbolism, because of the Illuminati or Powers that Be exist they live in symbolism and it could be argued they are fundamentally followers of the Left Handed Path. Just pickup any conspiracy book, which discusses the debauchery of the Bohemian Club and you, will get a taste for the Left Handed Path. But this idea that their left handedness represents a symbolic left handed path is not confined to presidents it also passes to other historical figures.

History of the Left Hand

Take for example the writings of Nostradamus. Love him or hate him, he did on occasion really hit certain historical events. So lets explore this:

“An Emperor will be born near Italy, He will cost his Empire very dearly: He is less a prince than a butcher.” – Nostradamus (1555)

Out of the deepest part of the west of Europe.

From poor people a young child shall be born.

Who with his tongue shall seduce many people

His fame will increase in the Eastern Kingdom.

In the year that is to come soon, and not far from Venus.

The two greatest ones of Asia and Africa.

Shall be said to come from the Rhine and Hister [Hitler]
Crying and tears shall be at Malta on the Italian Shore.

So it would appear that the first two anti-christs predicted by Nostradamus would be representative of Napoleon and Hitler, both of whom were left handed.

The third predicted anti-christ is a little more enigmatic and much research has been done in regards to this, since the third (which is a sacred number in numerology) is purported to walk the earth today.

Probably the best research on this subject is “The AC/DC God” which is a presentation and line of research done by noted radio host Clyde Lewis of Ground Zero. According to his research the third anti-christ is none other then Prince William. Lewis has a number of interesting points on this which you should read and watch but the truly interesting part for this article is that William is left handed, as is his father Prince Charles and his Grandmother Queen Elizabeth. Three left handed people in a row, which defies the statistical norm of 10%, much like the Bush family interestingly enough. Also interesting is that Jack the Ripper, who is believed to be part of English Nobility, was also left handed.

That idea that the anti-christ is left handed becomes very important when one starts to think about the anti-christ being the son of Satan/Lucifer. It is the ultimate symbol of the the anti-christ’s world wide push to the dominance of the Left Handed Path on a global scale.

It is also important to point our that Pope Benedict was left handed and despite a valiant effort I was unable to discover if Pope Francis, who some believe is the final Pope, was left handed. This may have been done to obfuscate the implications of his left handedness.

And the list goes on and on. All very well known and all powerful men and all left handed.

So what does the left handed thing really mean?

We live in an oligarchy today, right now. A very small group of people controls the vast majority of the world’s population and that is a fact. So based on that lets say for a moment that some alternate power structure like the Illuminati exists and that those individuals are deeply invested in occult beliefs, which many believe they are, then would it not make sense to play out on a grand stage their beliefs? If that’s the case, then by installing or assisting left handed individuals to rise to power they symbolically showing us their adherence to the Left Handed Path.

You can see this in the Carter vs. Regan scenario. Carter, not necessarily a bad president but commonly seen as a better ex-president and humanitarian then active president, is rocked by the Iranian Revolution, sky high inflation, the failed hostage rescue and most concerning in the United States the oil embargo. Carter is right handed, or symbolically a follower of the good/clean Right Handed Path. Now Regan steps into the presidency and begins to “fix” the economy as well as foreign policy eventually ushering in the collapse of the Soviet Union. His presidency is immortalized and widely seen by many as a “Golden Age.” Regan is left handed and thus the symbolism is set in motion to justify the left path, maybe even glorify it.

What I am not saying is that to be left handed is bad or evil, nor am I saying every person on those lists was an occultist or even aware of why they were put into power. In fact according to many studies to be left handed actually gives you an advantage towards becoming a leader or champion and there are many amazing wonderful people who are left handed.

What I am saying is that the presence of a predominance of left handed individuals, in positions of power, who are implicated in NWO/Illuminati activities should give the reader pause and it could very well represent a symbolism is play in world politics and world government especially if, like George Bush Sr., those individuals are playing an active roll in the “End Game” as it is called in conspiracy circles. The final checkmate of the NWO game of chess that leads to the Utopian fantasy of the New World Order, but only time will tell.

In closing there is a quote which sums up this notion of symbolism:

“It is only a gesture,” he said, turning back to Shadow. “But gestures mean everything. The death of one dog symbolizes the death of all dogs.”