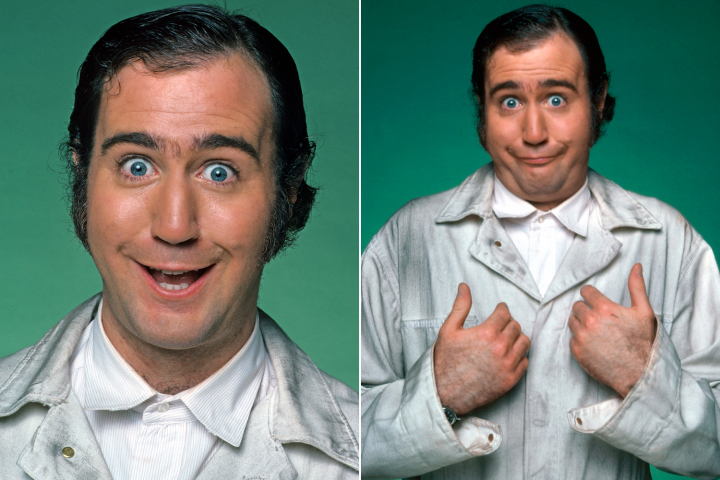 Is Andy Kaufman still alive? According to His Friend – YES HE IS!

It’s probably one of the most famous conspiracy’s ever but is it true?  Did Andy Kaufman actually fake his own death?  According to Bob Zmuda not only did Kaufman fake his own death but he did it according to  a script  they both worked on called “The Tony Clifton Story.” In fact the parallels are very interesting…

For example take this line from “The Tony Clifton Story:”

Just a scant four years later Kaufman would die, of cancer, at Cedars-Sinai Hospital in Hollywood, California.  I should also point out that I just cut and pasted that because it is literally the same!

According to Zmuda, in a new book written by Kaufman’s girlfriend Lynne Margulies, not only is Kaufman alive but will be re-emerging soon to expose his prank!   I have to say this is a fascinating article for anyone interested in the Kaufman faked his own death theory!  Zmuda points out again and again hints that Kaufman was indeed planning it.  From 2am phone calls debating the feasibility to transcripts where Kaufman admitted telling a woman exactly how he was going to do it!

To find out more about this very interesting update to a long running conspiracy theory check out this article @ the New York Post.