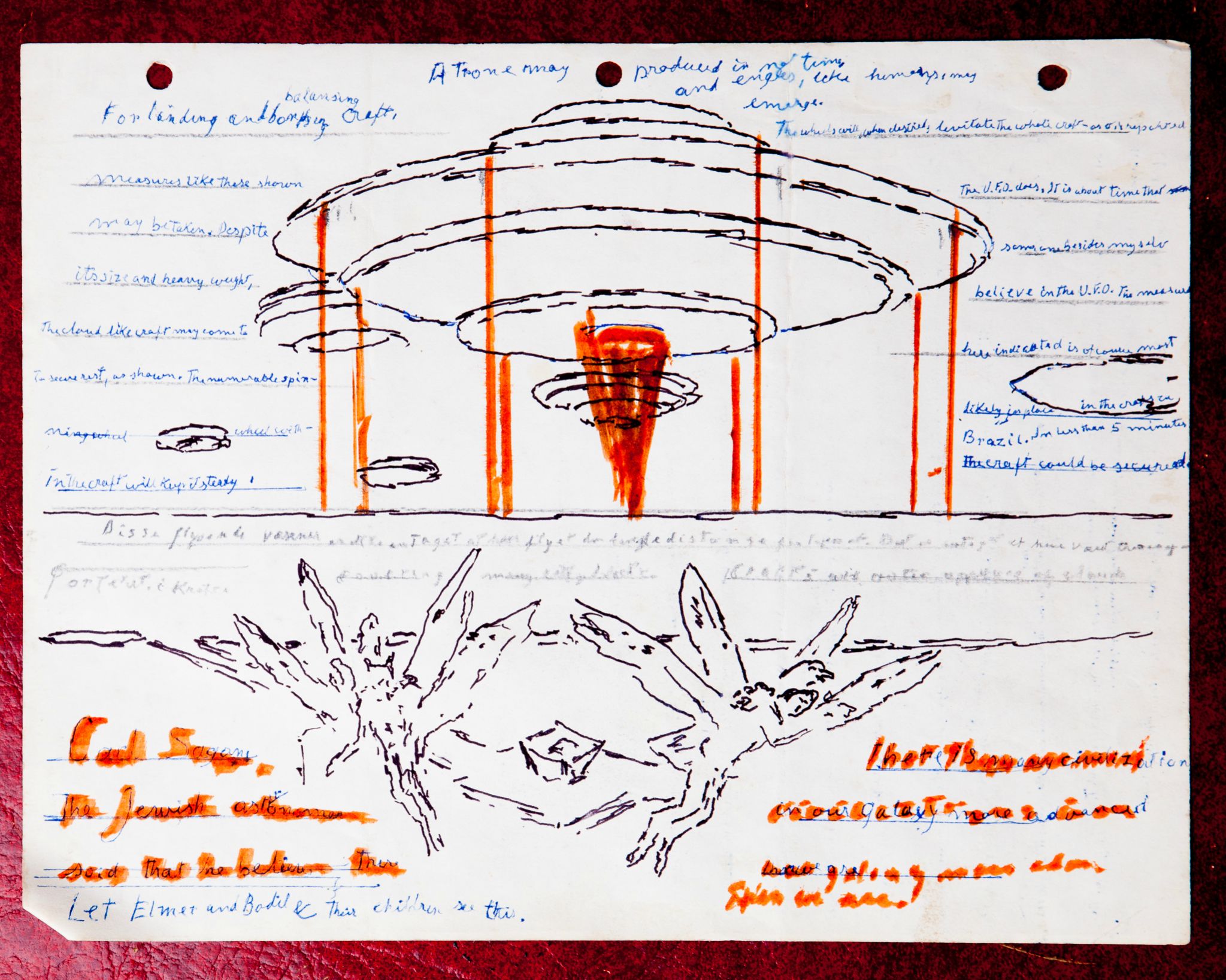 The Mysterious Box of Strangeness… Abductions, Flying Beasts, Conspiracy Theories and a Wheel Within a Wheel

As with many interesting oddities found on the Internet I stumbled across this one, and this one is a little odd. So here’s the story… 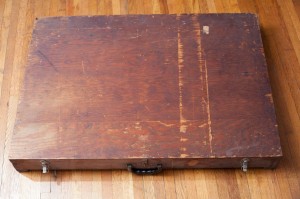 A man finds a simple wooden box with some locks on it by the trash. He takes the box and as it happens curiosity gets the better of him so he opens it up. What he discovers inside both astonishes him and at some level terrifies him so he shows his friend. They take some photos and eventually those photos are posted on the Internet. The stories ends there, or does it? Like so many things on the Internet, it’s authenticity cannot be assured. At the same time, like so many enigmas (i.e. The Voynich Manuscript) it leaves us interested and seeking more detail.

What was in the box was a truly odd treasure trove of writings, theories, schematics and even maps. What’s more interesting is the supposed sighting of an Ezekiel style wheel hovering over the pier in St. Petersburg Florida in 1977. That event seemed to be the culmination of someones journey which started in the 1930’s, based on the mysterious documents found within it.

Some have claimed that the vision the author of the boxes had was the result of a artist’s installation at the pier, but not so fast.. There was an installation done by Rockne Krebs at the St. Petersburg Pier but was that the cause or was it the catalyst? The former owner of the box, a H. Daniel Christiansen, claimed to have seen Ezekiel’s Wheel manifest in front of him as well as the winged beasts with three heads. 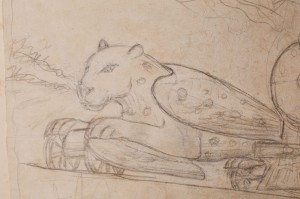 Is it real? You will have to take a look at the photos and decide. What it does appear to be is the culmination of a lifetime of research. Housed within the box appears to be a lifetime of work including some strange drawings of maps with locations highlighted. What those locations correspond to is anyone’s guess but there is one thing which seems very odd. Also within the case are a series of diagrams which show train wheels as well as a very strange photo of a drawing which appears to be a lion train.

We are working on doing more research on this but for now sit back and explore the photos, and if you have any ideas on what this all is – let us know!