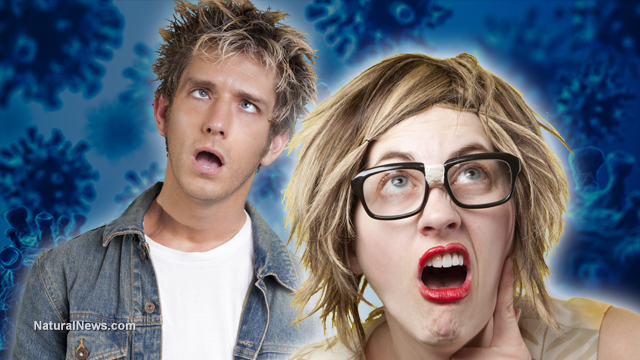 Real science: Almost half the population may be infected with a mysterious virus that makes people stupid

Scientists at Johns Hopkins Medical School have identified a mysterious virus that literally makes people stupid, and it has so far been found in about 45% of the people tested.

The discovery of the “stupid” virus, normally found in algae, was revealed at the Proceedings of the National Academy of Sciences. The study, entitled “Chlorovirus ATCV-1 is part of the human oropharyngeal virome and is associated with changes in cognitive functions in humans and mice” is found at this link on the PNAS.org website.

The rather shocking take away from the study is that the virus alters the gene expression of brain cells, literally making people perform more poorly on cognitive tests, visual processing and spatial awareness.

According to the study abstract, the virus alters gene expression relating to “…synaptic plasticity, learning, memory formation, and the immune response to viral exposure.”

This virus, in other words, can truly suppress your brain function, memories and immune response. And it is apparently quite common in humans.