FDR And The REAL Alternative Three 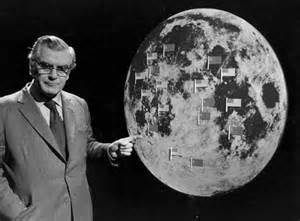 The enigma of Alternative Three has been debated, argued, and contested for more then 30 years since its original broadcast in 1977. Originally conceived of as a War of the World’s style broadcast, it stunned a nation and later stunned the world. The ideas presented in it so dangerous and radical that the film was subsequently banned in at least three countries and labeled to dangerous for television in the United States. For many years it has been labeled a hoax, and disinformation but what if it was true? For more then 10 years I have sought to prove its reality, carefully mapping the events in Alternative Three to real life events then working to expose the elements of the Secret Space Program which support it. You probably knew all that, so what’s the big deal? Well to put it bluntly, there is now strong evidence of an actual Alternative Three research study carried out by FDR at the height of World War 2, its aim was to come up with a plan for massive resettlement assuming the Earth had been irrecoverably damaged as a result of the expanding war. One of the conclusions? We needed to move massive populations off world to Mars or Venus.

I know what you are thinking.. Hang on a minute… Yes you heard that right – A covert government plan to relocate massive populations off the Earth to Mars or Venus. 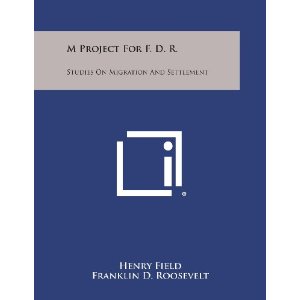 The project called the “M Project” or Migration Project was commissioned by FDR in 1940 with a black, unrecorded budget, of $180,000 and took over four years to complete. It was headed by an emanate Anthropologist named Henry Field and employed 32 researchers and nine secretaries. The project was handled covertly because as FDR himself put it “we are dealing with political dynamite.” What is more interesting is that this covert study was carried out with no leaks what so ever, as the lead researcher Henry Field later pointed out after the report had been declassified. He later published a part of the study as “M” Project for FDR: Studies in Migration and Settlement, a book you can now buy, shockingly, on Amazon. It has also been carefully hidden in plain sight for more then 70 years.

The main objective of the study was where to place millions of refugees intelligently and FDR at the time stressed this was a military as well as civilian problem because as he put it “the disconnected can and will cause trouble, serious trouble.” This is a truism we see everyday in the headlines of the world’s papers and in the discussions around the water cooler. At the time no climate or topography was considered too harsh and the researchers discussed everything from the Belgian Congo to Tanganyika eventually arriving at the conclusion that “temporary” housing could be established on Mars or Venus but apparently they felt Alpha Centauri, our closest celestial neighbor was a bit too far and was deemed impractical. In fact the interplanetary option was discussed at some length with an entire chapter devoted to it called “Interstellar Migrations.”

So what does this really tell us? What we are seeing is the early attempts and solving the Alternative Three problem. One of the viable solutions for which, after an exhaustive four years of study, was to move large populations for Mars. Sound familiar? That’s probably because you have watched or read about Alternative Three and it would appear in the late 1950’s this plan was dusted off from its dust shrouded slumber and given serious consideration. I would argue that in the years following that fateful 1959 meeting and the disclosure of the collapse of the phytoplankton carbon dioxide scrubbing system that “M” was enacted bring us to today…

What’s also interesting is that the studied concluded that Venus was also a viable option. This fits in well with the theory I have presented that a second, 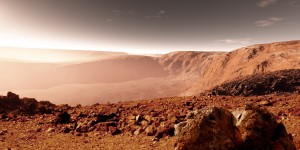 competing, off world group is based there. The researchers believed that Venus would work though it would be the harder road, so it stands to reason others may have come to a similar conclusion and chosen it because they knew we would take the easy button which is represented by Mars.

At this point we have the evidence, we know that the Alternative maps to real world events. We have heard the whistle blowers and see the photos of the secret space program. What we have been missing all this time is the genesis, which I had concluded was that 1959 meeting of the American Chemical Society and while I still believe our own interstellar migration started as a result of that meeting, the M Project clearly shows even in the 1940’s people in power were thinking of mass migrations and ecological collapse be it due to war, plague or industrialization. Project Argus, Lunex, Horizon, the DUMBs, COGs, and all the other elements now all fit together as I laid out in The Secret Space Age: Secret Space Programs, Breakaway Civilizations, Nazi UFOs, SDI and Alternative Three.

Thanks TAL for the FYI!