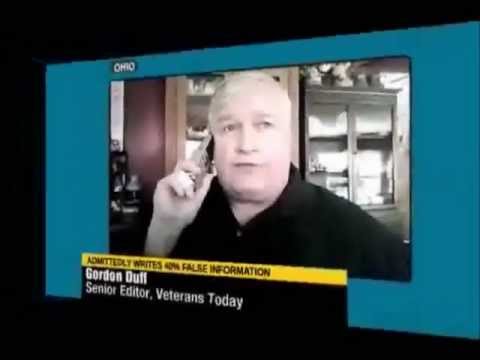 Alternative News – Who Can You Trust? Russia Today? Veterans Today? Maybe Not…..

As someone who is actively involved in conspiracy research I try very hard to put forth information which is well founded and researchable.  I have long held the belief that you should not trust me, you should see what I write and do the research to come to your own conclusions.  Like many researchers I can and do make mistakes.  This, however, is not the prevailing view amongst conspiracy researchers who seek to spoon feed answers to the public.  The interesting thing is where those answers come from, and you might be surprised, well shocked is probably the better word.

Each day, as a researcher, I hit up a lot of different news sites and try to get the gist of the days headlines.  I seek out both mainstream and alternative news to try to find nuggets of information because lets face it – this is the conspiracy world and sometimes a nugget is the best thing you have.  Many times I see very provocative titles about wars, rumors of wars and lots of other dribble which has very little basis for reality but one thing is always for certain – I see RT and Veterans Today cited extensively.  So awhile back I decided to do a little research, I am a researcher right, to figure out who is behind these media sources.  I discovered, to my surprise that RT/Russia Today is a Kremlin funded propaganda machine and that Veterans Today’s Editor Gordon Duff is featured extensively on the Iranian funded propaganda machine PressTV as a analyst.  Having discovered this I told a few friends about what I found and put it in the back of my mind in the “don’t trust this” folder.

Recently I learned that political renegade and liberatarian poster child Jesse Ventura was going to join RT / Russia Today and to have a deep hard hitting political show.  Interesting I thought, and frankly a slam to his credibility in my mind.  The truth be told I enjoy Ventura and I think he has done a lot for exposing the alternate governmental structures and conspiracies which seem to flourish in today’s world.  As Governor of Minnesota I think he did some things really well and made a huge difference, but RT?  What is he thinking? I’ve been asking myself that very question since I learned of this and I figured I should explore some of the information which is available about Russia Today in hopes someone will pass along this information to Governor Ventura and maybe, just maybe, he will rethink this.  I also wanted to share this information in hopes that people will really take a long hard look at RT and Veterans Today as news sources.

What I am NOT saying is that Gordon Duff or Jesse Ventura are shills to these propaganda machines.  I suspect they are well intentioned individuals who are taking advantage of opportunities they feel will spread their messages, both good and bad.  That being said I think their association with these news sources does hurt their credibility, and I think that’s a fair assessment.

So who is Russia Today really?

Russia Today was founded by RIA Novosti, the state owned news agency of Russia, in 2005.  RT also shared space with RIA Novosti though it maintains a separate operational environment. In 2012 RT moved to a new state of the art broadcast facility which was subsidized by the Russian government and in 2013 Vladamir Putin issued a presidential decree dissolving RIA Novosti and formed a new information agency called Rossiya Segodnya or translated Russia Today.  RT was very quick to point out that Rossiya Segodnya was a seperate entity, but as of Dec. 31st 2013 Margarita Simonyan, the Editor and Chief of RT News, was appointed as Editor and Chief of Rossiya Segodyna which she holds along with her day to day responsibilities with RT effectively giving Simonyan editorial control over both operations at once.

At its founding RT received a total of $30m from RIA Novosti along with additional funds which have been traced back to banks and companies who are supporters of Putin.  From that point the RT annual budget has grown to over $300m and has been protected by order of Vladamir Putin. You can see more about that here.

According to Russian media, the Kremlin funds RT to the tune of about $300-million annually, and Putin last year personally forbade the government to slash its funding.

According to the OFSCOM spokesman

Ofcom has launched an investigation into whether this programme about the situation in Ukraine, which included anti-western comments, was duly impartial.

What I really found disturbing was a section of a Buzzfeed article about RT:

Soon after joining the network, the current and former employees said, they realized they were not covering news, but producing Russian propaganda. Some employees go in clear-eyed, looking for the experience above all else. Others don’t realize what RT really wants until they’re already there. Still others are chosen for already having displayed views amenable to the Kremlin. Anti-American language is injected into TV scripts by editors, and stories that don’t toe the editorial line regularly get killed.

This is consistent with other statements made by former reporters who left RT.  Many cited strict editorial control and the silencing of alternate viewpoints as primary motivations for their departure.

That being said it seems to me that these constant RT generated headlines about conspiracies, UFOs, and the decline of the west are being very carefully crafted and frankly having the desired result but should we trust them?  Probably not at this point and after researching it and trying to make sense of it I really need to question what Ventura is thinking because his association with such an organization would be counter to his beliefs, at leas the ones I am aware of.  But don’t believe me, do the research.  To that end I am providing a list of just a few articles about RT at the end of this article.

So who is PressTV?

Another popular information source appears to be PressTV and one of their self styled analysts Gordon Duff (Editor of Veterans Today).  Duff, who is a controversial figure, is also a  go to source for conspiracy headlines so lets explore who he is a Analyst for.

PressTV was founded in 2007 and is a division of the Islamic Republic of Iran Broadcasting or IRIB.  IRIB is independent of the Iranian government butit has been reported they hold a strong loyalty to the current conservative political group as well as the Revolutionary Guard. (More details are here at the bottom of the article). It is also important to point out that the head of IRIB is appointed by Ayatollah Ali Khamenei directly and that IRIB/PressTV is the only legal news source in Iran.  PressTV has also been the source of a fair amount of controversy, the claims of which are too numerous to place in this article so I would suggest you check out this article for more information.

So how does Gordon Duff play into this?  Well from time to time Gordon Duff functions as an official analyst for their broadcasts and speaks authoritatively on military subjects, politics and a whole host of other subjects. He is seen or at least presented as PressTV’s commentator on these subjects.  A case in point is an article on Veterans Today called “Armageddon watch over Syria” which is by “Gordon Duff and Press TV.” What’s particularly interesting about that article is that you have a article co-written by PressTV (an Iranian propaganda machines) which has the American flag in its background.  The juxtaposition Americanism with Iranian propaganda is fascinating and very intentional but what is more interesting is the fact that Duff and others from Veterans Today participated, in Syria, at a counterterrorism conference sponsored by PressTV – you can read the article here.

The coverage by Veterans Today was also interesting:

Since we have no budget to be corporate raiders to buy out the Murdoch media empires of the world, we have to focus on the tools that we do have. The main ones included the alternative media where we have made great gains. Press TV has been clawing its way back out of the sanctions rabbit hole, and Veterans Today has seen a huge growth in its radio audience over the last few months, with 5 million viewers a week now.

This excerpt seemed to place Veterans Today solidly in cohoots with PressTV. It is also important to point out that the sanctions which are referenced were due to state sponsored terrorism charges and the outright falsifications of news reports.

So what are we to do?  RESEARCH!  No one out there has the full truth and as a person who is interested in the subject you need to find it yourself.  Do the research and come to your own conclusions.  Don’t let these subjects be spoonfed to you because you can’t always trust the person holding the spoon. But one thing is certain – I would not trust RT, Veterans Today or Gordon Duff.  That’s just my opinion.