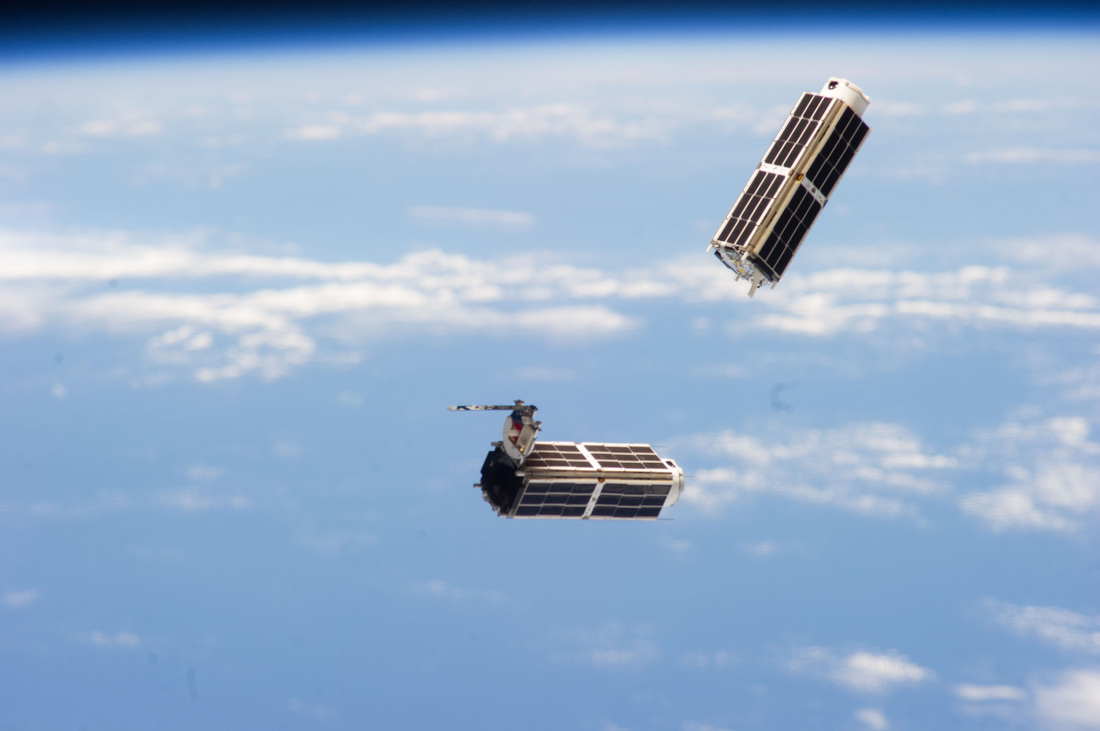 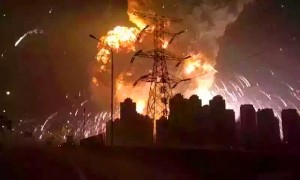 In the late evening on August 12th a mysterious fire broke out in a nondescript warehouse  located in Tanjian, China owned by Ruihai International Logistics. The fire seem to spread quickly and erupted into a huge fireball leaving a massive crater.  As the fire was burning fire crews were immediately mobilized to attempt to suppress the quickly spreading fire while, mysteriously, elements of the Chinese Air Force began to patrol the skies.  Fleets of military helicopters were seen circling the are as well as the greater Tanjian city.  Reports also placed military units in the area which appear to have been activated after the fire occurred – ostensibly to maintain order in a volatile area, but what if there was another more “interesting” cause?

So what is so interesting about this warehouse that would cause elements of the Chinese Air Force and Army to be scrambled to the site?  From various news reports we learned that the warehouse, owned by Ruihai International Logistics, stored a variety of dangerous chemicals including:

Whats more interesting is that about one week later a second fire broke out in Shandong, China at the Shandong Runxing Chemical Technology Co. Ltd chemical plant.  This second fire which consumed the chemical plant occurred 8 days and 2.5hrs later. The plant, opened in January, specialized in the manufacturing of polyurethane products and was completely destroyed. 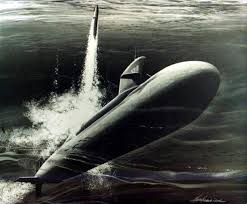 So what does a warehouse in Tianjan and a chemical plant in Shandong have in common?  It turns out its actually polyurethane.

Polyurethane is used in a variety ways including: 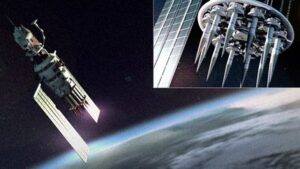 So the next question is why did it burn?  One possible answer is the use of a Kinetic Energy Weapon.  Back in the 1980’s there was a lot of discussion about “Rods from God” or Project Thor.  The idea was to put up a satellite which carried a series of telephone sized tungsten rods which could be released from the satellite and be guided using fins and a motor down to the earth.  The resulting strike would be equal to about a .1kt nuclear device, minus the radiation.  This would leave a crater about several hundred feet across.  The rod itself would hit the target, fairly accurately, at about mach 12. One of the interesting elements of this program was the encasing of the tungsten rod in another material which would act as a super heated plasma sheath.  This was one of the hypothesis about what caused the fire.

Now there are a couple of problems with that.  The good news, from that point of view) is that if you watch the video you can hear a thump before the explosion which could indicate the presence of a kinetic energy strike and then the subsequent explosion.  The bad news is that no video exists of the fire starting so it would have taken two strikes.  There is also no streak present in the video which you would expect which the use of such a device. Ok so now what?  How about something a little different and a bit out of left field. This is going to sound interesting so just read along… 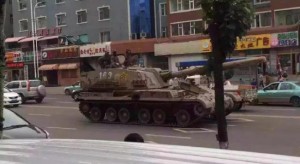 According to several news services (NKnews), of various caliber, a couple weeks prior the Chinese Army had massed a large ground force along the North Korean border during the rather tense negotiations North and South Korea were having at the time.  At the time of these reports many in the alternative news community had pointed to this massing as a sign of the ignition of World War 3 and anticipated the Chinese crossing the border to assist the North Koreans in a full scale attack against the South.  This did not come to pass, and quite quickly the North and South seemed to conclude the tension and agree on some humanitarian issues such as reuniting families etc.  Shortly after this the Chinese Army moved on.

Over the years the Chinese have sought to calm Korean peninsula issues  and that massing of troops seemed to be a message to North Korea vs to the West and South Korea. A message which no doubt angered elements of the North Korean regime. This is important because North Korea functions on a strong man state, meaning Kim Jung Un must maintain the appearance of the strong leader or he risks factions within the North Korean regime rising up against him.  He must maintain absolution control. The other element of this is asymmetric warfare. If the Chinese were to line up against the West they would loose massively economically which would collapse their economy since it is almost entirely based on exports and this would drive a wedge between its biggest consumers and its manufacturing base.

So where does that leave us?  The North Koreans are mad, and everyone else is satisfied.  In this situation Kim Yung Un must retaliate against someone to show his people he is strong and cannot be defeated.  The obvious choice would be against the Chinese for unraveling his tension situation. So what does that have to do with Chinese polyurethane and kinetic energy weapons?  Well…..

Now before we get to far it is important to mention that this is based on anecdotal and circumstantial evidence – there is no clear cut evidence but we do have pieces of a jigsaw. Based on those jigsaw pieces I have a theory about what occurred.

We start with worsening diplomatic relations between North and South Korea.  The Chinese, wanting to keep peace on the Korean Peninsula suggest to the North Korean leadership they need to fix this. The North Koreans of course say no we are going to push this further to which the Chinese respond by telling them to de-escalate and back it up with a fair amount of military hardware along the border to function as shall we say peace keeping troops.  The North Koreans get the message and back off, but they are angry and people in the leadership are questioning Kim Yung Un’s power.  Kim decides to retaliate against the Chinese and send them a clear message, more so for his people then the Chinese, but a message must be sent.  So he orders a covert kinetic weapon strike against two targets involving the Chinese ability to make missiles and rockets, maybe military maybe space exploration.  The strike is made again Tanjian.  The Chinese not knowing the source go to military readiness in the area thinking there may be another event.  Nothing happens.

The second strike is carried out again Shandong but less of a military response and almost no news play on this one.  It’s just a fire…

The Chinese then most likely went to the North Koreans and suggested they not try that again or military intervention will be used.

So the question now, if this hypothesis is accurate, is how was it done covertly?

The answer is a cube sat or cube satellite. These small satilites which are commercially launched could theoretically carry a small payload hidden inside of it which would pass “inspection” if there is any.  A 3u cubesat is roughly 30×10×10 cm and can way up to 10kg which would give it a projectile, if the right materials were used, easily capable of hitting the earth and of sufficient size to cause a fair amount of localized damage. The projectile would also be super heated at impact which would cause a fire.

At the time of both fires there were cube sat clusters overhead of both sites.  In the case and Tanjian Flock 1C-5 was directly overhead and could have potentially have had a cubesat built for this purpose.  We are talking about small projectiles here so it would be easy to hide within the cube sat and with today’s micro circuitry it is not impossible. It is also important to point out that Flock-1C is comprised of the larger 3u cubesats. 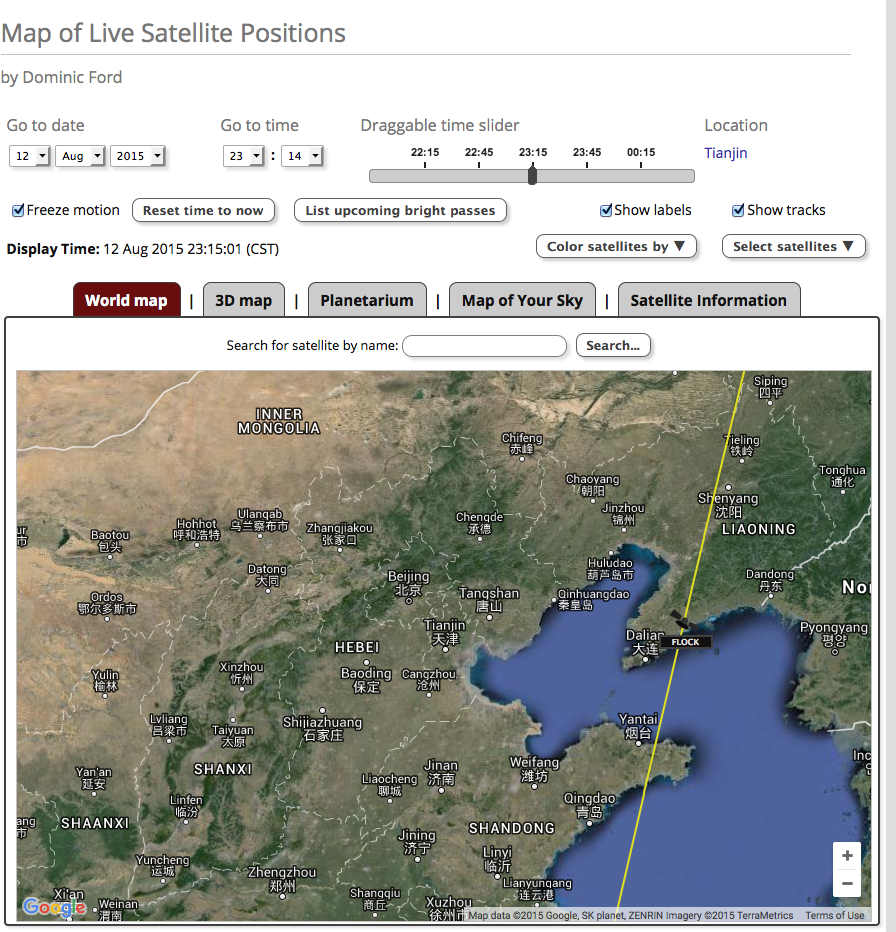 Because of Chinese secrecy we will probably never what actually caused the fires and if it was a kinetic device we will never know who fired it even if it was launched from a cubesat. This is simply one possible option among many.