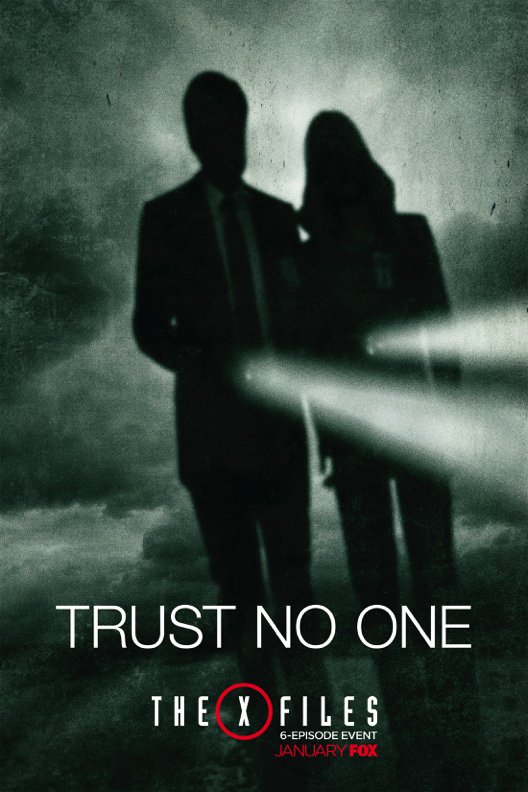 The Sixth Extinction, Secret Space Program, and The X-Files

It’s been an exciting 24hrs since the release of the new X-Files and frankly there was a lot to take in.  Chris Carter and his team have really presented us with a game changer scenario, and as a researcher I’m hooked to see what comes next.  To say it was an interesting episode is to put it mildly and there is a lot here to absorb.  So instead of dissecting the whole episode I would like to focus on the very end (with a little discussion about the middile) because I believe it gives us a clear indication about where this is going, it also happens to be one of my favorite sets of subjects.  Now before I get into the meat of this very important new element to the X-Files mythos I would like to remind people who have not seen it that this does classify as a spoiler so stop here and go watch it, then things will make a lot more sense. I also want to add – these things they discuss in the episode are very real which makes it all the more interesting. 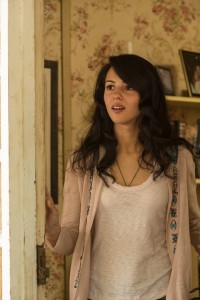 Ok so where to start – Lets start with the first bombshell Sveta.  So what’s Sveta’s deal? Sveta is very interesting because as she discusses her true abduction experience with Mulder she lets it slip that she does not believe her abductions were the product of aliens, but instead humans who abducted her to experiment on her and use her as an incubator to generator fetus’s which could be experimented upon. At one point she mentions that she could see there faces, human faces.  This is very interesting because it maps to a little known field in conspiracy theory called “MILAB” or the notion of Military abductions.  It turns out not all abductees believe they were take aboard UFOs, quite the contrary.  There is a small but growing group which claims their abductions were the by product of secret government eugenics programs of various sorts.  This also maps to the original claim by Barney Hill, which is also not spoken of much, that Betty and Barney Hill were abducted by humans (Described at that time as Nazi like) and then their subsequent memories were induced as Aliens to cover it up.  These screen memories are multi layered and usually result in an owl motif, which morphs to an alien which morphs to a man and the screening memory begins to fade.  This is particularly interesting in its ramifications   as related to Mulders final statements to Scully in the parking garage.

The Parking Garage – The Crucible

A crucible is defined as a place or occasion of a severe test or trial, and I would suggest that the parking garage sequence is probably the greatest crucible, or test, of the entire X-Files. So why is that?  Simple – this next conversation represents a massive shift in thinking as compared to the entire series.  For nine seasons and two movies we have learned of the Alien Colonization program.  Entire websites, even sections of books, have been devoted to dismantling the science fiction out of the show to prove the colonization program is real.  It also represents a crucible for us, the viewers.  We are about to under take a massive paradigm shift, a paradigm shift I myself underwent many years ago when I realized the UFO phenomenon was in fact not aliens but red blooded humans. It’s a mind binder so why not start it with a simple message – “Don’t Give Up.” A all too real message for all of us.

Now there has long been a lot of discussion about Chris Carter and his writing team.  Were they being fed information for some nebulous disclosure or just very talented story tellers who taped into our collective zeitgeist to tell immersive story.  Chris Carter claims its all research, others claim its disinformation on a grand scale.  For me I think its little bit of everything.  It’s obvious these guys did their homework because in a collective consciousness where abductions  are generally accepted as alien in origin, the milab line of research is often not discussed.  So to know about Sveta and the milab theories represents digging.  I would also suggest they hear things.  I’m sure every Tom, Dick, and Harry is coming to Chris Carter’s office with a story to tell about their involvement in the secret program.  Some are real, many are not  but either way if you tell a gifted story teller a story they are going to incorporate it. 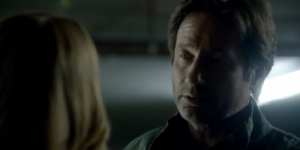 Ok so the crucible, and the really important stuff.  So at minute 39 we are left with Scully, a bit confused, staring at her car and this message when who should emerge from the darkness but Mulder and now the grand statement:

There’s something called the Venus syndrome. It’s a runaway global warming scenario that leads us to the brink of the Sixth Extinction. Those with means will prepare to move off the planet into space, which has already been weaponized against the poor, huddled masses of humanity that haven’t been exterminated by the uber-violent fascist elites. If you believe in that kind of thing.

Ok so what are we really seeing here? Lets take it by the numbers:

“Human beings are now carrying out a large scale geophysical experiment of a kind that could not have happened in the past nor be reproduced in the future.”

More recently another emanate scientist named Guy McPherson has also started to talk about it.  McPherson believes that we are as little as 20 years away from a rapid onset green house effect.  McPherson tells a compelling story which should be listened to and he has now devoted his life to spreading the information around.

So this is a VERY real thing.

I also wanted to point out one other interesting element of the new X-Files.  There is a discussion about a ARV or Alien Replica Vehicle.  Joel McHale, who does an excellent job as a dramatic television personality, takes Mulder to see a secret aircraft which apparently uses alien technology (see below), we also see a flying triangle blowup Sveta’s car at the end of the episode.  This is interesting because in some part of the conspiracy world, like the one I live in, we have long believed that the triangular aircraft seen in our skies, and sometimes in abductions, were human in origin and it turns out they do exist.  In fact awhile back I came across a video of a triangle, which looks very much like the one which blows up Sveta’s car, flying through the sky.  The interesting thing about this video is that it passes under a star and you can see the adaptive camouflage activate. Click here to read more about that. 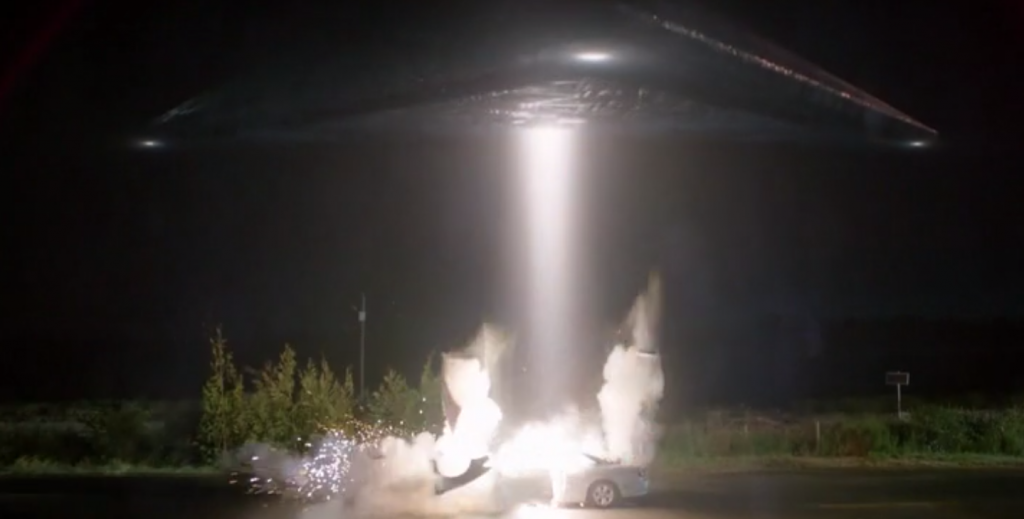 This new X-Files series is very interesting for so many reasons.  It seems to be charting to a new area of research and focusing on an Alternative Three scenario, which is uncomfortably close to home and represents a massive paradigm shift from where Carter took it before.  The original was very much based on Behold a Pale Horse but this new series has abandoned that and is going in a exciting new direction.

There was a lot to absorb, but it appears to be tracking to fact in many ways so I’m curious to see how far they take it, or are allowed to take it.  I hope when the mini series is complete they go to a full show because these are very important topics to explore and the content being showed, all be it dramatically, is VERY real.

The Truth is Out There, but in this new landscape you very much cannot trust anyone….