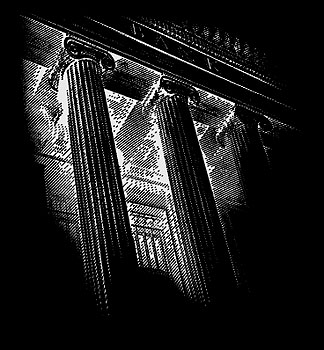 fraudSEPTEMBER 23, 2008. The $750 billion banking system bailout proposed by Secretary of the Treasury Henry M. Paulson met with a cool reception on Capitol Hill this morning at a hearing of the Senate Banking Committee. Nevertheless, a bill is likely to pass both houses of Congress within the next couple of weeks. As Senator Tim Johnson (D-SD) said, it’s “a necessary evil.” But is it also an example of “mortgage fraud” on a historic scale?

The proposal would involve purchase by the federal government of “toxic assets” held by thousands of financial institutions. A bill will pass, because, as Senator Bob Bennett (R-UT) said, “the economy runs on credit.”

In fact the credit system has started to shut down in the largest financial crisis since the Great Depression. Committee chairman Chris Dodd (D-CT) and Democratic member Chuck Schumer (D-NY) made reference to the private briefing of congressional leaders last Thursday night by Paulson and Federal Reserve Chairman Ben Bernanke, when they told lawmakers the “arteries of the financial system were clogged and that a heart attack was imminent.”
The financial system indeed lies in ruins. In the last year, Wall Street has shed 200,000 jobs. The bailout comes on the heels of the failure of the nation’s investment banks, including Bear Stearns (purchased by J.P. Morgan Chase), Lehman Brothers (bankruptcy), Merrill Lynch (purchased by Bank of America), Morgan Stanley, and Goldman Sachs (both converted to bank holding companies).

Over the past two weeks, the federal government also placed Fannie Mae and Freddie Mac into conservatorship and took over insurance giant AIG. Total federal liabilities from actions taken so far could exceed $1.1 trillion. Already the Bush administration wants to raise the debt ceiling to $11.3 trillion, and the projected fiscal year 2009 federal deficit is starting to look closer to $1 trillion than the current estimate by the Congressional Budget Office of $438 billion.

But not too long ago, officials of the Bush administration, along with Republican presidential candidate John McCain, were telling everyone that economic fundamentals are sound, and that while there has been a downturn, there is not even a recession. One of the architects of financial deregulation, former Senator Phil Gramm, a sometime McCain advisor, chastised the public for being a “nation of whiners.”

Now, suddenly we are facing a catastrophe. As Senator Jon Tester (D-MT) asked Paulson, “Why do we have only one week to allocate $750 billion?” There was no answer.

In their opening statements, all the senators who were present, including ranking Republican member Richard Shelby (R-AL) and Elizabeth Dole (R-NC), complained to Paulson, Bernanke, and Securities and Exchange Commission Chris Cox about lax regulation.

Senator Dodd said that to issue Paulson a blank check “would put the Constitution at risk.” Most of the senators agreed they would not allow Wall Street gamblers a free lunch at public expense without oversight provisions and assurance that CEOs would not be paid enormous bonuses or receive golden parachutes. Though it was unlikely to happen, others said taxpayers should gain from corporate benefits that resulted from the bailout or should even become passive shareholders of institutions that received money.

But would the bailout really fix the system? Obviously, for it to do so, it would have to address and correct the cause.

So what is the cause? According to Paulson, the cause is “defaults on mortgages.” Senator Schumer agreed that ,“It’s been mortgages that have brought the financial system to its knees.”

Senator Bennett said, “the housing bubble has burst,” with others pointing out that for many homeowners the value of their homes now was much less than when they bought them.

Paulson agreed that “housing values have been falling,” but he did not elaborate on why millions of Americans could no longer pay their mortgages. Cox blamed it on a “failure of lending standards” and said that the SEC had a number of ongoing investigations of fraud in the mortgage application process. Nevertheless, Paulson made it clear that his proposal was not to help distressed homeowners, saying “every homeowner won’t save their home.”

And that is the crux of the problem, which explains why Paulson’s proposal may keep the financial system alive but won’t help anyone who was hurt by the housing bubble in the first place. Senator Dodd agreed with Paulson that, “the proposal will not help a single family save their home.” And even though he said the plan should “put an end to foreclosures and defaults,” it won’t.

In fact, according to a September 22, 2008, article by Elizabeth Williamson in the Wall Street Journal entitled, “Banks Rush to Shape Rescue Plan”:

“Lobbyists and financial-services executives are working deep connections within the administration to ensure as many institutions as possible benefit from a $700 billion federal mechanism to buy distressed assets, then sell them off in better times. In a particularly controversial move, they also oppose proposals by Democrats in Congress to provide mortgage reductions for homeowners facing bankruptcy. Bankers say such a move would raise rates for mortgage seekers, as banks factor in the possibility that a loan would be restructured in court.”

The article quoted a bank industry lobbyist: “How you publicly oppose loan modifications and bankruptcy law while at the same time advocating a huge taxpayer bailout is beyond me. Pigs get fat and hogs get slaughtered.”

The committee never addressed the issue of why the bankers would oppose homeowner relief. Could it be that they actually favor foreclosures? Could it be that a situation where millions of foreclosed homes across America can be bought today for dimes on the dollar is somehow to their advantage? Or to the advantage of other investors who are now working the U.S. foreclosure markets, such as foreign sovereign equity funds? These questions did not come up at the Banking Committee’s hearing, though they should have.

Nor did anyone talk about why the housing bubble arose in the first place, though the fact is that the Bush administration and Federal Reserve combined to generate it to get the nation out of the 2000-2001 recession. At the time, Bush needed money and could not afford the continued decline of federal tax revenues. He needed the money to pay for his tax cuts for the rich enacted in March 2001 and for his wars in the Middle East, which started with the invasion of Afghanistan immediately after the 9/11 attacks.

Nor did the committee address the fact that fixing the failed economic system will not repair an economy where consumer purchasing power has been devastated over the last generation by continued export of the nation’s manufacturing job base to other countries. The one senator who even touched on this point was Tim Johnson, who said “We need sustainable economic growth.”

But no one asked how this was possible with a recession on its way. Indeed, the “R” word was never mentioned, though Bernanke said several times that the Paulson plan would help as “the economy recovers.”

Obviously a real solution would involve not only homeowner relief and taxpayer guarantees for a controlled bailout, but also rebuilding the U.S. economy. But no one wanted to talk about that today. Maybe it’s because this latest piece of “mortgage fraud” is designed mainly to keep the economy afloat until the presidential election, because a collapse would drag down John McCain and the Republicans with it. And heaven forbid that anything should ever be proposed that would threaten the stranglehold the banking industry has over every man, woman, and child in America. P 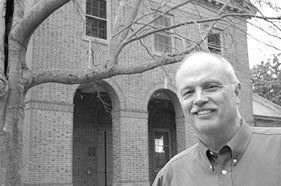 Richard C. Cook is a former U.S. federal government analyst, whose career included service with the U.S. Civil Service Commission, the Food and Drug Administration, the Carter White House, NASA, and the U.S. Treasury Department. His articles on economics, politics, and space policy have appeared in numerous websites and print magazines. His book on monetary reform, entitled We Hold These Truths: The Hope of Monetary Reform, will soon be published. He is the author of Challenger Revealed: An Insider’s Account of How the Reagan Administration Caused the Greatest Tragedy of the Space Age, called by one reviewer, “the most important spaceflight book of the last twenty years.” His website is www.richardccook.com. Comments or requests to be added to his mailing list may be sent to [email protected]