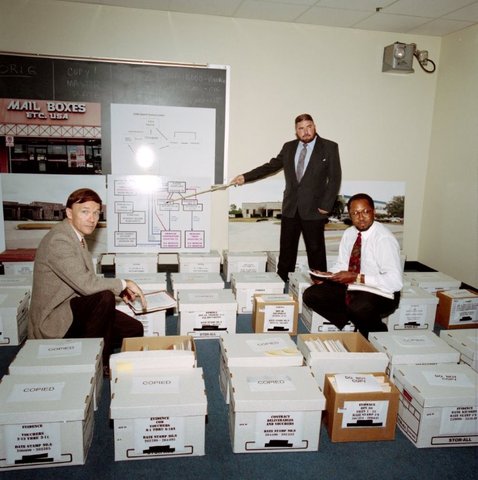 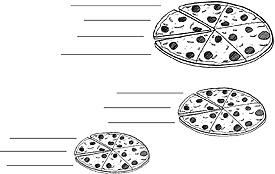 “The air conditioning in one of Montijo’s office buildings was rerouted to a secret room where Papa Primos pizza’s and candy were kept. Key employees used a code system when pizza deliveries were made, so other employee’s would not learn what Mr. Montijo was doing.”

In a letter dated March 29, 1995, FBI Director Louis J. Freeh wrote to me, in my capacity as the case agent assigned to lead “the cooperative investigative efforts of a task force looking into the alleged fraud against NASA by a number of individuals doing business as the Omniplan Corporation in Texas and California.” Mr. Freeh stated, “I know that this was the largest scheme to defraud ever committed against NASA, and I commend you in your leadership skills which resulted in a very complete and thorough investigation.”

That same year, I briefed Russian President Boris Yeltsin’s economic advisors about this case, followed by presentations to the International Business Forum and to the Association of Certified Fraud Examiners. The following is a behind-the-scenes account of this investigation, which resulted in the liquidation of seven companies, the 179 count conviction of Omniplan CEO, Ralph Elias Montijo, Jr., and a case that led to a Federal lawsuit against three powerful corporations. In addition, a fourth case led to an administrative settlement.

In January 1992, I had just transferred from Kennedy Space Center to Johnson Space Center. I was a Senior Special Agent in NASA’s Office of Inspector General (OIG), charged with investigating complex white collar crimes. Cases I had worked on previously had included investigations of the Mafia, corporations, pilots, politicians and major public works projects, with convictions in seven states.

When I came to work at Johnson Space Center, I quickly found out that I would receive no special break predicated on my seniority. New agents at any duty station are not provided the best cases. In fact, I only had one case in my in box: an anonymous NASA OIG hotline complaint on a subcontractor for Rockwell Space Operations Company (RSOC). The name of this subcontractor was Omniplan Corporation.

I have always been able to find opportunity in anything that came my way, and I wasn’t going to treat this hotline complaint any differently. So on my first day at Johnson Space Center, I grabbed the hotline with my left hand and with my right hand raised it as to say chow, to those in the OIG Office. I went to my favorite fishing hole of choice, the Defense Contract Audit Agency (DCAA), and used the hotline as my letter of introduction. There I met a superb team of auditors, who each had natural investigative instincts, though they worked under a historically poor bureaucracy that trapped their findings in administrative red tape.

Sitting in a half circle of auditors, I simply said the word Omniplan. At once the auditors leaped up. They had been looking at Omniplan for years, but were stifled by Omniplan’s inability to be cooperative with their audits. The first thing I discerned was their belief that it was Omniplan’s CEO who should be the focus of my inquiry: a “Type A” personality by the name of Ralph Elias Montijo, Jr. 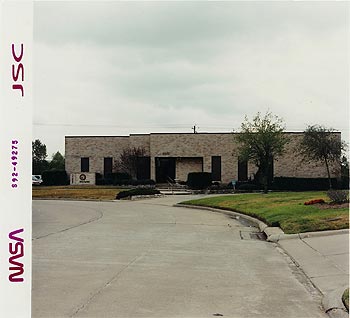 The auditors believed that Mr. Montijo might have a secret interest in the buildings he was leasing and billing NASA through RSOC, but could not prove it. I discerned that Mr. Montijo had homes in Texas, Arizona, and California, and a business presence in California and Texas. In Texas he represented that he leased three office buildings and a townhouse from two companies, Space Industries Properties (SIP) and Mercury Trust (MT). He further represented that he leased vehicles, furniture and equipment from Space Industries Leasing (SIL). He had three businesses with three different business addresses (a post office box and two “mail boxes etc boxes” at different locations ) using three different banks.

My first effort in this case was to discern what the Small Business Administration (SBA) knew about Mr. Montijo, as Omniplan was a minority- and woman-owned business. Sure enough, they had given Mr. Montijo the money to buy one of the buildings, and the records reflected that he still owned the property. Under a NASA Cost Plus Award Fee Contract, NASA would reimburse a NASA contractor for either the normal costs of ownership or reasonable lease costs, the latter of which is usually much higher. If a corporation concealed actual ownership and falsified phony leases, it stood to gain millions from the deception. My finding proved there was a case of fraud; now the question was, how much fraud was there?

My first mission was to organize a task force to investigate what proved to be approximately ten years of perpetual fraud. I wanted the best auditor from the DCAA, and I was given Ronald Marta, a Woodrow Wilson and Fulbright Scholar. I also brought in the SBA Office of Inspector General (OIG), U.S. Postal Inspectors, the IRS Criminal Investigation Division, Labor Racketeering, Labor Wage and Hour, Labor Pension and Welfare, the F.B.I. (under an agreement that they would never challenge NASA OIG leadership) and a Harris County Appraisal District Investigator.

Ultimately, 25 government agents, investigators, auditors and a financial analyst would be assigned to this case. I also did something unprecedented in this case, and placed an auditor, Ronald Marta, as second in charge of this task force. At one time, he had seven auditors working full time under him on this investigation. The case was investigated non-stop from 1992 to 1996, and a spin-off case on RSOC and its successors-in-interest, Boeing North America and United Space Alliance, was investigated from 1996 to 2000.

At the same time and up until my retirement, I investigated another leaseback scheme under a separate task force. The subject of this investigation was Lockheed Martin, the successor-in-interest of yet another company that the government contended had perpetrated a lease fraud. In 2000, Boeing North America and United Space Alliance settled their case with the Department of Justice. In 2003, Lockheed Martin settled their case with the United States Attorney’s Office in Houston. Both were multi-million dollar settlements.

“These documents, hundreds in number, were being superbly cut, taped and copied, wherein Mr. Montijo’s name was being removed and the signature of an innocent and unaware third party was being inserted in his place.”

My task force established that Omniplan had engaged in forty documented schemes, and had falsely leased its own buildings, vehicles and equipment to itself, and passed the costs on to NASA. Mr. Montijo had placed his personal secretary in charge of two of the shell companies (SIL and SIP), and placed a friend in charge of another (MT). Each bank account for these companies served as a pass-through where money paid by NASA through Rockwell went through Omniplan, through the shell companies, and on to additional companies Mr. Montijo owned, such as Papa Primo’s of Houston, Papa Primo’s of Texas, Papa Primo’s of Arizona and Omnipoint Production Services. These findings were used to establish the numerous money laundering counts in this case. Each of these companies also used space in Montijo’s buildings which they attempted to conceal, since the space was charged to NASA.

In April 1993, the task force executed four search warrants against Omniplan, and in the process uncovered one of the most significant finds ever. In Mr. Montijo’s office were different stacks of documents, going through various stages of alteration. These documents, hundreds in number, were being superbly cut, taped and copied, wherein Mr. Montijo’s name was being removed and the signature of an innocent and unaware third party was being inserted in its place. In some documents a notary stamp and signature were also being inserted. These documents included leases and quit claim deeds for the buildings, vehicles, furniture and equipment which were under active investigation.

The day after the search warrants were executed, RSOC terminated Omniplan’s NASA contracts to provide graphic arts designs and technical drawings for the Space Shuttle fleet. This termination caused the firing of hundreds of Omniplan employees, but working with the United States Attorney’s Office I was able to help facilitate RSOC’s emergency rehire of most of these employees within a matter of days. 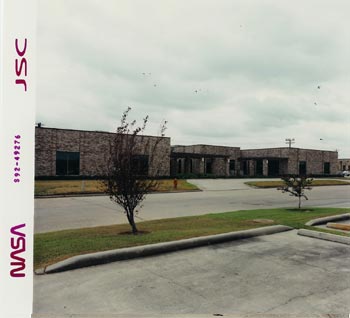 The air conditioning in one of Montijo’s office buildings was rerouted to a secret room where Papa Primos pizza’s and candy were kept. Key employees used a code system when pizza deliveries were made, so other employee’s would not learn what Mr. Montijo was doing. When one employee voiced his concern that he was working on private ventures using furniture and equipment reimbursed by the government, he found that his desk, chair and equipment were missing the next day, and no one would tell him where the items went.

Mr. Montijo charged personal trips to different points around the world to his NASA contracts, such as scuba diving trips in Grand Cayman Island; skiing trips in Europe and the Rockies; and trips to such remote places as Nepal. Mr. Montijo charged his NASA contract for his lodge in Mammoth Mountain, California; household expenses for his mansion in Arizona and his townhouse in Houston; as well as for jewels, exorbitant meals and even a massage. Montijo took money out of an employee government-financed account to purchase a pizza company. Additionally, costs associated with production of a movie, Demons of the Dark, by his company, Omnipoint Production Services, were passed on to his NASA contract.

In 1996, Mr. Montijo, once considered a rising star in NASA, pled guilty to 179 felonies, to include money laundering, false claims, mail fraud, embezzlement, obstruction of a government audit, false statements, conspiracy, mail fraud, Interstate transportation of stolen money, etc. His fines, penalties and costs exceeded 15 million dollars. All seven of his companies were ordered closed and their assets were forfeited to the government. Five of his companies were convicted of felonies, and three of his employees and one associate were also convicted of various crimes.

To this day no NASA fraud case has rivaled Omniplan, and it remains the largest count indictment and conviction in NASA history. P

©2005 Joseph Richard Gutheinz, Jr., J.D. Mr. Gutheinz is a retired Senior Special Agent with NASA’s Office of Inspector General, Criminal Investigations Division. The only Special Agent to earn the NASA Exceptional Service Medal, he currently teaches at the University of Phoenix and Alvin Community College. His past articles include, “In Search of the Goodwill Moon Rocks” and “Marketing an Asteroid Threat,” both published in Geotimes; “Building 265,” published in UFO Magazine; and “The Great Astronaut Impersonator,” published in Hard Evidence Magazine.

Burkey, Martin. 1998, June 4). Marshall Not Saying How Man Talked his Way in. The Huntsville Times. Page A9.

Carreau, Mark. (1993, May 1). U.S. Investigating Subcontractor over NASA Overcharges. The Houston Chronicle. Pages 1A and 14 A.

Gutheinz, Joseph. (2003, March 28). Congress Must Weigh in Before NASA Decision Made. The Daily News. Page B6.

Levin, Alan. (2003, February 3). Some Question NASA Experts Objectivity: Critics Would Prefer an Outside Body to Look into Shuttle Break-up. USA Today. Page 3A

Tedford, Deborah. (1995, February 1). Guilty Pleas Entered in NASA Fraud: Even a Pizza Business Run at Expense of US. The Houston Chronicle. Pages 15A and 18 A.