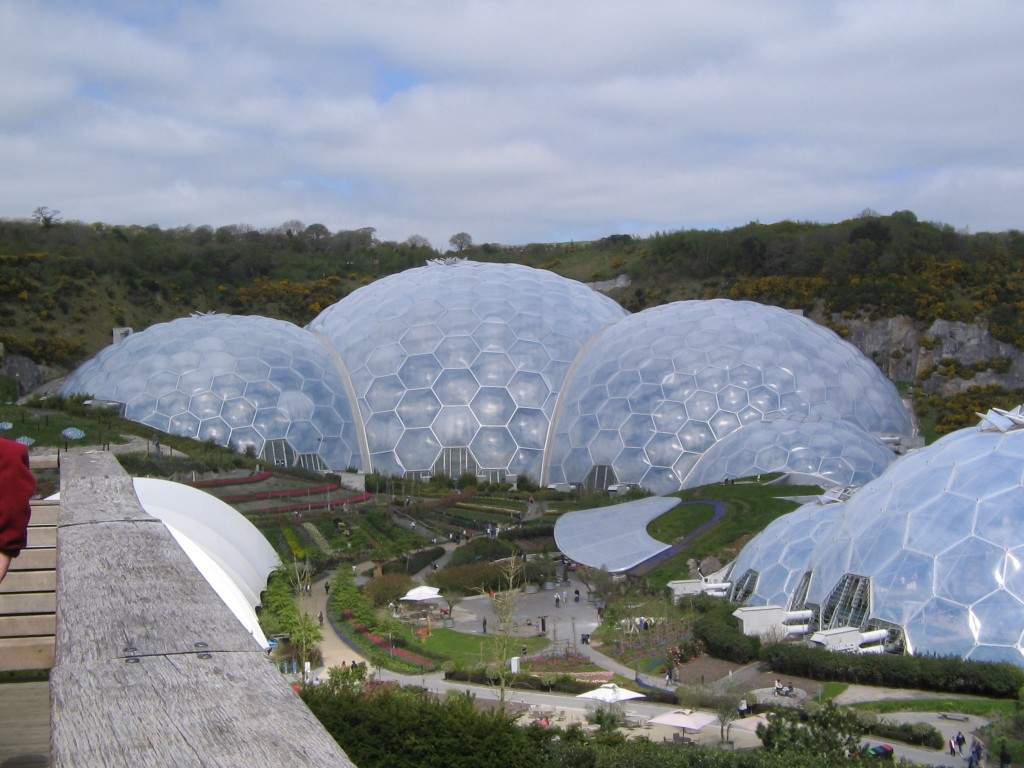 The Eden Project and the Coming Global Climate Change

As with many things I have written about, this all started with a phone call. I was on Coast to Coast with George Noory discussing my book on Alternative Three and the endgame of the Secret Space Program. In the second hour a caller asked if I had ever heard of “Project Eden,” which at the time I had not. So I started to wonder what exactly Project Eden was? The answer I found was very interesting, and its not an episode of the anime Dirty Pair. 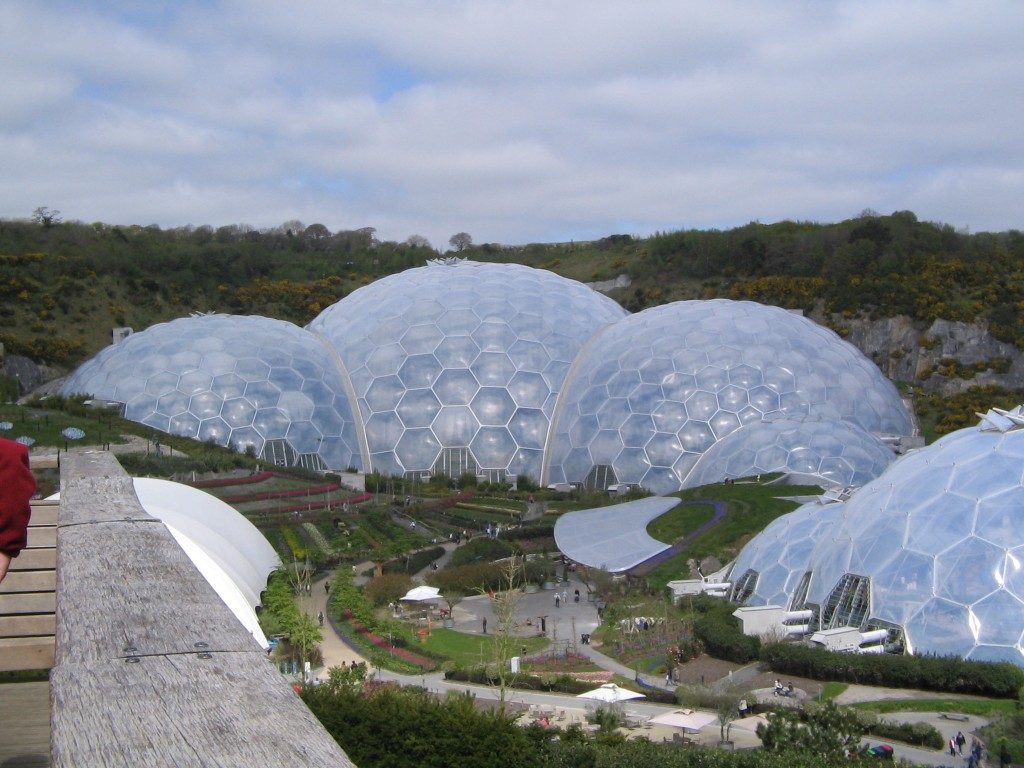 Project Eden, or the Eden Project, is a “attraction” located in the Cornwall area of the UK. It was conceived of by Tim Smit, an archeologist turned music mogul who has seven gold and platinum records to his credit. His idea was to create a complex which had a series of biomes or artificial domes which house native biological environments. Current the Eden Project has two sets of biomes, the first housing a tropical environment and the second is a Mediterranean environment. These biomes are self enclosed ecology’s and serve to allow the preservation of plat species regardless of the external environment. Smit is currently lobbying to build a third biome to house a desert environment.

The project cost almost $140 million dollars and was designed by Nicholas Grimshaw, who is a famous architect who has worked on everything from the BMW headquarters to the British Airways Combined Operations Center. Engineering firm Anthony Hunt and Associates oversaw the engineering aspeects and Davis Langorn did the project management. Construction was handled by Sir Robert McAlpine and Afred McAlpine while MERO designed the biomes and finally Arup handles services engineering, economic consultation, environmental engineering and transportation engineering . The project took 2½ years to build and was opened to the public on March 17, 2001.

Wow that’s a lot of names. What important to understand is that this was a large expensive project, run by professionals who have built or maintain many of the most famous structures in the world including the design and construction of the Sydney Opera House back in the 1970s. These firms, if you care to search them out, represent some of the top companies in their fields in the world and they came together to build this project.

Looking at the project it almost seems like science fiction. This notion of biomes constructed to save various ecology’s from around the world. Well if you thought that you would be almost right. 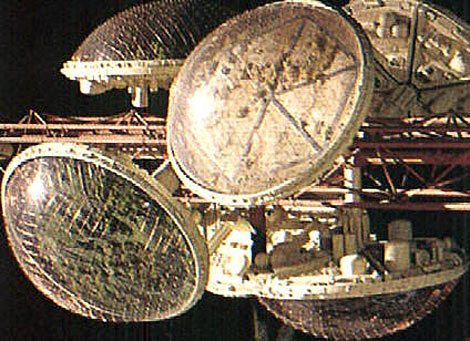 In 1972 Douglas Trumbull, the famous effects master of Blade Runner, 2001, Close Encounters and many films, directed a film called Silent Running. Silent Running, which stared Bruce Dern, was the story Freeman Lowell the resident botanist and ecologist on board the American Airlines Space Freighter Valley Forge. The Valley Forge has been sent out just beyond the orbit of Saturn in a futile effort to protect vanishing plant species. At some point in the film the crew of the Valley Forge receives orders to jettison the domes and blow them up. Lowell goes crazy and kills the crew to save the domes, aided by an army of small robots. In the final scene Lowell jettisons what amounts to be the last forest in existence into space protected by his favorite robots Huey and Louie (yes the cartoon characters) and then blows up the Valley Forge.

What’s interesting here are the parallels. The Eden Project was designed to demonstrate the sustainability of closed ecology’s even to the point of power – the Eden Project gets its electrical power from wind turbines and as of 2010 had received approvals to install a geothermal power station. Thus taking it completely off the grid. The water and other services are self contained the recycled again making this operation completely off the grid.

All very interesting for a science experiment but there are others including Biosphere 2, MELiSSA, BIOS-1, BIOS-2, and BIOS-3 amongst many. These enclosed ecosystems exist in the UK, US, Russia and other locations around the world.

So you have a project to create multiple enclosed ecosystems at various locations around the world. Each fully autonomous and self sustaining. A pattern starts to emerge.

On one hand these are great attractions, in fact the Eden Project is one of the ten technological marvels of the UK. On the other hand, much like the various seed vaults, a pattern starts to emerge of preparation for some coming climate event. It stands to reason that if there is a climate event coming in the future governments would fun and run such projects not only to test the feasibility of enclosed ecosystems but also to preserve plant species during the event with the objective to repopulate post event. 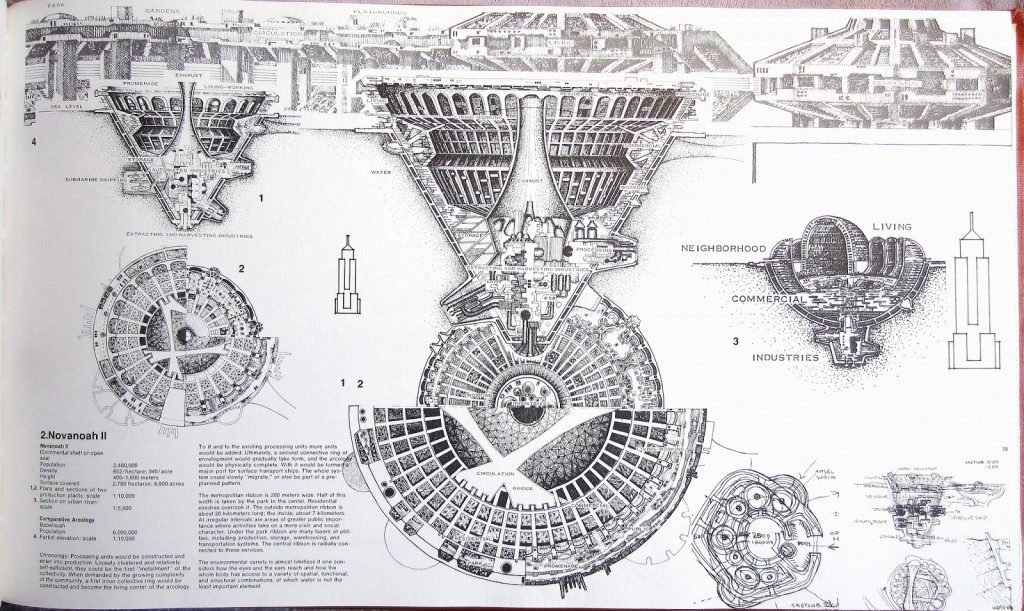 And then there is the name, the Eden Project. I don’t think I need to go into that too much but it does carry a certain cultural reference.

As time goes on, and as we look around, we can start to see more patterns of preparation emerge. Maybe not all of our postulations are correct but if does seem that someone is preparing for something. One day I think we might even see the arcologies envisioned by Paolo Solari as humanity struggles to survive some sort of climate cataclysm or maybe even as we shift production of good into work zones. 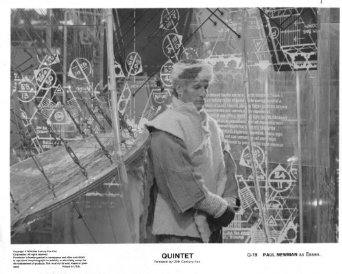 This idea of arcologies has already been presented in popular culture in the Paul Newman movie “Quintet” where humanity tries to sustain a meager existence in a ice age bound archology. Only time will tell.

To that faithful caller of Coast to Coast AM, after much digging and understanding yes I now know about the Eden Project!