In modern conspiracy theory, there is this notion of predictive programming or the idea that through mass media we as a civilization are being prepared to accept certain ideas, memes or ideology. In its purest form predictive programming would be something like a series of films being made which team us, through symbolism and content, that algae is our next food source. Several years later algae starts to show up on the shelf at the grocery store and having seen it so much is mass media we as a culture accept it as a food source and consume it.

That being said the process can be long term. It can take decades to properly program a population and I would argue to you that through film as mass media is currently being used to prepare us for a mass evacuation to Mars. So why do I believe this? Because it has been shown in the stars, err movies… 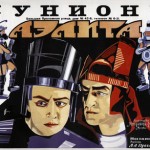 The first movie I became aware of which dealt with Mars as destination is the 1924 Soviet class “Aelita Queen of Mars.” It is the story of Aelita the Queen of Mars who falls in love with an earth-man through the telescope and eventually brings him to Mars. Although its not dealing with the Breakaway Civilization per se it does show our fascination with our celestial neighbor.

In more recent times we can reference movies such as Blade Runner in this capacity. The reason why Blade Runner is interesting in this context is two fold. The first being is that Blade Runner (based on the PKD novel Do Androids Dream of Electric Sheep) is set in a future  which has been ravaged by an ecological collapse (in the book this collapse is brought about my a nuclear war, in the film there is an implication that the collapse was caused by over industrialization). In this future real animals have become the highly prized rarity and most people have robotic pets, but having perfected robotic animals the mega-corporation of the film (The Tyrell Corporation – More Human than Human they say..) has perfected androids called Nexus Replicants. These replicants are used as a permanent underclass and eventually begin to rise up against their masters which necessitate the Blade Runners who are sent out to terminate therogue replicants. The second and more germane fascet fo the film is that as we, the audience, are bombarded with messages about “Offworld Colonies” where we can “Begin anew..” What’s interesting about the offworld colonies is that it is actually referring to Mars. In the story the elites have fled the ecologically nightmarish Earth to travel to Mars. Sound familiar? We should also remember Blade Runner was first released in 1982 and in many ways it represents the eventual outcome of another Mars movie – Alternative Three.

The fascination with Mars as a theme is not limited only to Blade Runner, there have been a number of television and film projects which have dealt with traveling to or living on Mars. For example the film Capricorn One, although originally set on the Moon, was a film about faking a Mars landing. Capricorn One is interesting because in its original form it represented the process by which the Moon landings could have been faked. The studio and producers later changed the destination to Mars.

Other films of this genre include: 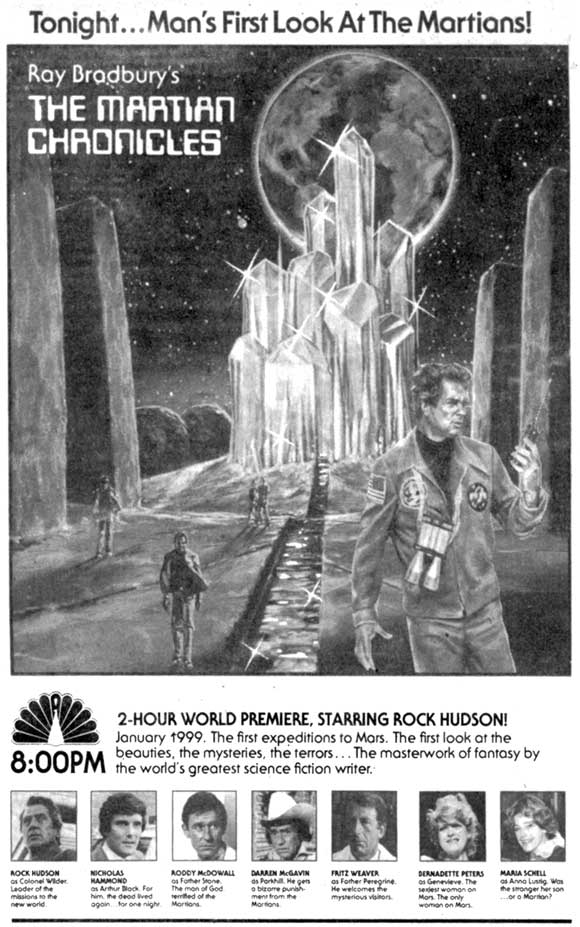 The other very famous example is the television treatment of Ray Bradbury’s groundbreaking series The Martian Chronicles. The interesting part of The Martian Chronicles is that at the end of the series the hero, Rock Hudson, gets a message from Earth that nuclear war is coming and as he is in communication with Earth Hudson is told that make the best out of Mars because the Earth has now gone offline and no further communication will be possible. This is a reoccurring theme in this genre. Either the Earth is falling apart so the explorers need to travel to Mars to prepare the way for colonization or the residents have gone there to hide from a Earth which is falling apart. Either way you look at it each of these films or presentations seem to be preparing us to normalize our views of the colonization and travel to Mars.

This coincides very nicely with this notion of Alternative Three which seems to put forth that we are heading towards an ecological and societal collapse and that through the use of a secret and parallel space program the cultural elite and technical elite are evacuating the Earth to flee to Mars. As Blade Runner reminds us “A New Life Awaits you in the Offworld Colonies” if you have enough money….