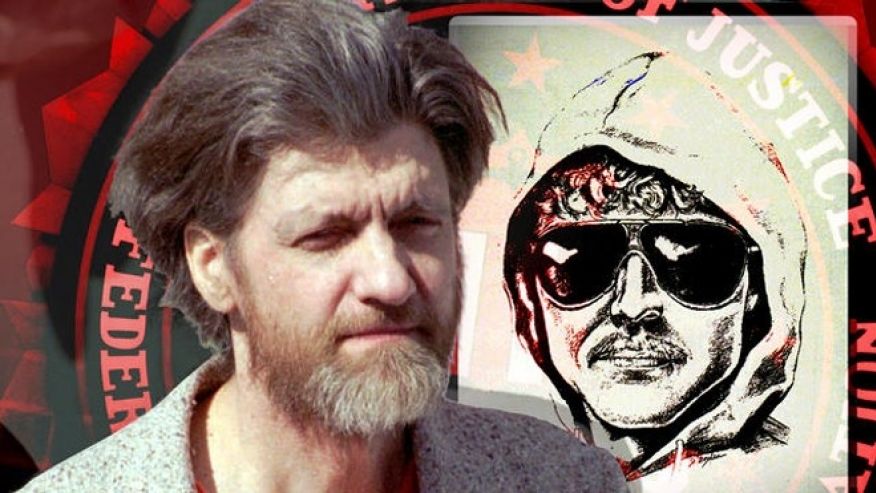 The Scapegoating of Ted Kaczynski: Cereal Murder and the Group Mind 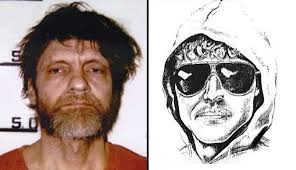 Joan d’Arc: Michael, in your excellent on-line article entitled “The Scapegoat: Ted Kaczynski, Ritual Murder and the Invocation of Catastrophe,” www.hoffman-info.com you write that the Unabom case has been “rubber-stamped in newsrooms with the logo of the FBI.” As you explain, a very un-American collusion between the media and the FBI from the beginning primed the public for Ted Kaczynski’s guilt without due process and trial. Have we been witness again to a ‘lone nut’ in the making?
Michael Hoffman: Yes, this is the point I make in my essay, “Profiling the FBI’s Unabom Charade.” It fits the classic profile from Oswald to Arthur Bremer to Tim McVeigh. The tip-off is when you see, at the height of the investigation, that the chief suspect is apprehended and yet there is no search for accomplices. This was true with “Son of Sam” and now with Kaczynski. How was the FBI so certain Kaczynski had zero accomplices? Because they had Kaczynski under surveillance for years. They were shepherding him. Unabom is a Federal government operation.
d’Arc: As you state, the nomenclature of the “Unabomer” was concocted by the FBI. You state that no credible evidence has actually linked Mr. Kaczynski to all or even most of the bombings. In addition, the most well-known sketch of the alleged “Unabom” suspect depicts a hooded man with sunglasses, a mustache and curly red hair. Strangely, the “Unabom Manifesto” alludes to the existence of potential accomplices in the mail bomb attacks for which Kaczynski is now famous. Yet there has been no investigation or follow-up of various leads Ð nor has there been media curiosity Ð about this possibility. How does this fit into the ‘Trial by Media” scenario?

Hoffman: I am a former reporter for the N.Y. bureau of the Associated Press so I know the media. People have this idea that reporters for big outlets are these super-hip, highly educated people. They’re not! They are mostly low-grade careerists who eat junk food and have filled their heads with conformist crap since they started college. They are rubber-stamped from a mold. They have no curiosity because real curiosity is dangerous -just ask the late reporter Don Bolles who got car-bombed by Barry Goldwater’s pal Kemper Marley. Bolles was a very curious reporter!

I think the local reporters on the Kaczynski scene in Montana, from the Great Falls, Helena and Missoula papers and TV stations, knew that something intense was happening involving the “Power Brokers” and they backed off. The first question a good reporter would ask of the Feds is, “Why are you so certain Kaczynski acted alone? You haven’t even searched for any accomplices even though the ‘Unabom Manifesto’ mentions other members of the FC club?”
There are hundreds of questions. I’d start there.

d’Arc: You point to the fact that nobody other than the Feds were allowed anywhere near Kaczynski’s cabin during the search and seizure of property, where the media reported that “truckloads of evidence” were taken from a tiny structure less than 200 square feet. What in your estimation is wrong with this picture?
Hoffman: It’s the same picture as in Oklahoma City where the Murrah building was demolished before any real investigation could begin. This destruction of evidence- a felony – is committed by the felon in “our” own government.

d’Arc: Michael, you write that a few days after Ted Kaczynski’s apprehension, on April 11, 1996, you got his attention by holding up a cardboard poster at the window of the Helena jail. You indicate that via sign language Kaczynski expressed an interest in a visit from you in jail, and that you entered the jail on that day. Can you describe what you saw in the jail that day. Were you his only visitor and were you able to see Mr. Kaczynski?

Hoffman: It was eerie. The jail was deserted except for a couple of local people visiting some other prisoner. This was the day Kaczynski was the most famous man in America. This was the day Time and Newsweek came out with Kaczynski on the cover. Yet there were no environmentalists at the jail drumming support, singing, chanting so Kaczynski could hear them. No environmentalists trying to visit him. Just me, one lone investigator and that was it.

The environmentalists were massaging their computer keyboards at the time. There was wild speculation and gossip flying all over the Internet. But for some reason no one bothered to go to the scene Ð beyond virtual reality to reality. Except for me, Kaczynski was totally alone. It was spooky, given the fact that he was the most famous man on the planet at the time.

d’Arc: You also state that one of the media/FBI myths about Ted Kaczynski was that he was “a reviled kook who reeked of body odor, dressed abominably and was paranoid.” Can you tell us how you have arrived at the belief that this is a contrived story and what you think is behind it?

Hoffman: I went to Lincoln where Kaczynski has lived for years and talked to everyone I could. Some of the locals I spoke with said that when the media came across a person in Lincoln who spoke positively about Ted K., the interview was never broadcast. The townfolk told me that the people who spoke the most negatively were people who hardly knew him. But they’re the ones who got the most sound bites on the nightly news.

I got to befriend one lady, a town official, who knew Ted fairly well. He had helped her son with homework and visited her irregularly. She said that when Ted was around his cabin digging in his garden, etc. he was dirty. That’s when the Feds grabbed him – in his work clothes. But when Ted went to town he cleaned up, put on decent clothes, was friendly etc. Originally this lady and several others wanted to testify on Ted’s behalf at his trial. But then his lawyers practically said he was guilty and Ted did little from his jail cell to counter that impression and this demoralized his friends in Lincoln severely.

d’Arc: You note that Kaczynski, an alleged “publicity-obsessed serial killer,” was peculiarly reticent at his sentencing. At this opportune time, with the media spotlight on him, Kaczynski only stated that his opinions had been distorted and he would make a statement later. What did you find strange about this? Do you think Mr. Kaczynski was immediately put on a pharmaceutical such as Prozac, or has had a mind control implant of some sort, and remains under the influence of such?

Hoffman: I really have no idea what he was on. My essay on Unabom was published in “Apocalypse Culture II” (Feral House) in edited form. They even printed words I never wrote, including that I assert that Kaczynski definitely ingested a “drug soup.” I never wrote that. What I actually wrote is that when the judge only asked Kaczynski at his sentencing if he had taken any medication in the “previous 24 hours,” that the time frame cited was too narrow and that the effects of long-term use of such drugs as Prozac and Luvox (the drugs of the Columbine killers and Kip Kinkel) take longer than 24 hours to subside. If indeed Kaczynski had been ingesting them.

I point out that Kaczynski’s behavior during his pre-sentencing incarceration may have been the result of government-imposed medication or even as you suggest, an implant. But I have no evidence to prove that.

d’Arc: You write, “the need to convict Kaczynski and to cover up any connections to other individuals and organizations who may have been associated with him, is a pattern found in several cases involving spectacular crimes, tremendous publicity and the imprinting of the Group Mind.” Can you discuss this “pattern” as it also applies to the creation of “lone nuts” like Lee Harvey Oswald, Arthur Bremer, Sirhan Sirhan, Tim McVeigh, David Berkowitz and James Earl Ray?

Hoffman: Like James Earl Ray and Son of Sam David Berkowitz, Kaczynski had no trial. He just copped the usual plea in such cases and was whisked into his living tomb.

d’Arc: You write that in the observance of a ritual working, we should find a pattern of relevant synchronicities in the days following the “Unabom” attacks which would perform as Group Mind imprinting and would have a “message for the masses.” You state such messages would affect the Group Mind like a billboard on Broadway. Michael, can you read the Unabom billboard for those of us who are unable to see the writing on the wall?

Hoffman: A lot of people acknowledge that Charles Fort was correct when he said that everything is connected. New Age seminars have been emphasizing the truth of this as well. Yet when it comes to crime, politics and government, it’s as though a rationalistic filter is imposed on our perception and we go back to the same old mundane habits of mind as the sleepwalkers around us.

The missing element in studying true crime or occult crime or “cereal” killers is the story aspect. Above all else these are stories, like a bedtime story or a fairy story or a Shakespeare play. I’m not saying they are fiction. I’m saying they are speaking to the eternal verities and themes that are common to powerful literature and to the tales which have imprinted people to such an extent that they are passed down from generation to generation.

A story is a message told with words and other symbols, invoking familiar images from the subconscious, which then generate an internal dialogue between our conscious and subconscious. In a benign sense this is how much useful knowledge is imparted, but in a malignant sense this is how people are programmed. The Cryptocracy doesn’t so much seek to program us by tampering with our high school textbooks as by the spinning of tales that are as electric and golden as anything from the realm of King Arthur or the Arabian Nights.

If one wishes to see this in action one studies the Unabom outrages and then what happens during them and immediately after them because that’s part of the story! Not just the isolated data itself but the whole fabric of Group Mind consciousness as it is driven by the ritual in the Media-Infotainment universe of the modern world. I point out in my Unabom study that there were some ecological catastrophes seemingly triggered by Unabom. There was also twilight language play by the media itself, including USA Today. Government assets in the media were making vague allusions to the trickster element of the “hunt for Unabom.”

So a story was woven and it consisted of a great deal more than the particulars of the Unabom case itself. People who read my study will see what I mean. For this writer the story of Unabom is the story of a scapegoat ritually bound to a blackening (not a greening) of the earth, as part of the trickster process at work. One could cite here the Hellfire Club’s spirit of occult jesting. Probably a number of your readers are fans of Dashwood’s Hellfire Club. I am not one of them. There is an occult nose-thumbing at the bottom of many of these twilight language cereal murders, such as Jack the Ripper – poking fun at the investigators and the public because so many don’t get the black comedy at the heart of it. It’s a feeling of superiority magnified exponentially.

Copyright 2000 by Paranoia and Michael A. Hoffman II