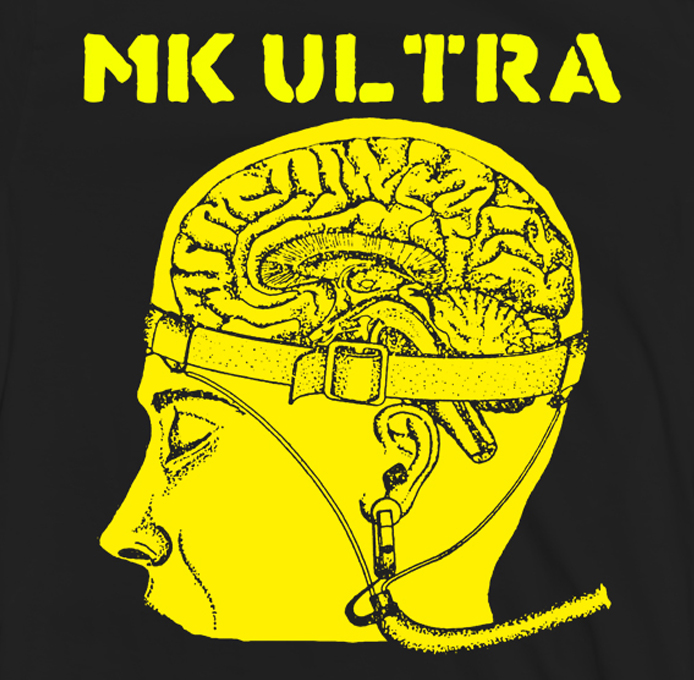 We are subjected daily to immune system weakening bands like GodSmack, Marilyn Manson and Nine Inch Nails who are merely unconscious conduits for various forms of MK manipulation

Thinking of bopping down to 1st Avenue Danceteria for some unabashed fun?

Be forewarned that the club is a hotbed of ongoing Mind Control (MK) experiments of various kinds, ranging from the tainted Ecstasy you’re suckered into buying for 25 bucks a tab to overt electromagnetic brain tweaking sponsored by defense companies like AlliantTechSystems who are headquartered in Edina, MN.

MK is nothing new as it has been with us since at least the early 1950’s when Project Moonstruck was first employed, using crude electrical implants in the brain and teeth to remotely control humans. Next on the menu was MK-ULTRA, the most famous of MK programs employed primarily by the CIA in attempts to create cyborg assassins who would kill on command. Lee Harvey Oswald, is perhaps the most famous MK poster boy of this era, later followed by Sirhan Sirhan and then Mark David Chapman, John Lennon’s killer.

With the days of primitive dental implants gone, MK has embodied itself in much more sophisticated and harder to detect forms. The military and intelligence agencies at large are now in possession of technology which can not only control the thoughts and emotions of individuals but entire populations as well via the DNA altering High-Frequency Active Auroral Research Program (HAARP) facility in Gakona, Alaska.

MK currently is achieving great success in manipulating people through the kind of low vibrational music that is promoted not only in clubs such as 1st Ave and Ground Zero (in Minneapolis) but via radio and television as well. We are subjected daily to immune system weakening bands like GodSmack, Marilyn Manson and Nine Inch Nails, who are merely unconscious conduits for various forms of MK manipulation, such as the NSA’s Project Clean Sweep which employs mass behavior modification techniques via resonant induction for starters.

So called “Classic Rock,” as found on corporate controlled stations like KQ92, is another MK venue designed to manipulate us and render us politically apathetic. In fact, most Raves are merely MK venues in disguise, enticing us with illusions of group bonding and ego melt but really zombifiying participants with so called trance inducing electronica and Mafia ecstasy (each hit housing the soul of an iced Mafioso. For an extra ten bucks you can swallow the soul of a Don and really get off.)

Fortunately, there are antidotes to MK. As an example, last autumn, I went to see Gong at 1st Ave. In its heyday (early 1970s) the band was Europe’s vastly superior answer to the Grateful Dead, being much more sophisticated and competent in their playing. (By the way: The Grateful Dead was an MK experiment set in motion by the CIA-funded Stanford Research Institute, designed to make America’s youth complacent in a Lysergic kind of way. It surely worked as evidenced by the legions of tie-dyed casualties roaming about with no direction known other than to make pilgrimages to Jerry Garcia’s grave!).

The warm up band Oneida, wannabe Industrial hacks hardly able to bring their thrashings into coherency, succeeded in keeping the vibe low enough for mind control. On the dance floor, where no one was dancing, I saw uneasy glances being exchanged. Most of the guys just stood in the back near the bar, petrified, white knuckling their beer bottles, twitching, shooting glances at the attractive young females then looking away before eye contact could be made. A miasma of sexual frustration was in the air. The guys drained their beers in response and headed back to the bar to replenish. The sultry chicks, whose chakras (energy centers in the subtle body) were blast open, made them open to a wide range of vampiric, electromagnetically controlled entities attracted to the so-called music.

Demons from the lower astral plane, attached mostly to their sexual chakras just below the navel, feeded off the energy of these unknowing hosts and those around them via psychic cords. A feeling of paranoia, disconnection from the immediate environment, unexplainable mood changes and anxiety blended together, created a most unpleasant and fear-ridden ambience. A perfect psychological recipe for generating more booze sales, no doubt; not much different than the subliminal tricks used in drive-in movies during the 1950s to get more people to drink Coke.

During the much welcomed band change, I could see a grey haired guy plugging in his guitar and realized that it was Daevid Allen who founded Gong over 30 yrs. ago. My spirits instantly picked up. When the rest of the band appeared and they struck the first note, the negative vibes were neutralized with high vibrational, spiritually charged music. It was fun watching everyone relax as Gong played and their wizened front man strutted about singing songs like “You Can’t Kill Me.” Daevid certainly has the seniority to conquer MK vibes having in participated in the Paris Student rebellions in 1968 with his wife Gilli Smyth, who also was on stage. He had so much positive energy that it blew the MK vampires completely out of the club. No wonder guys like him are such a threat to the establishment and get little to no press coverage. For a couple of hours, people forgot about their fear and started dancing to Gong’s intricate, psychedelic groove.

Then, when the set was over, sadly it was back to Godsmack on the P.A. and the vibe was once again lowered to more corporately acceptable standards. Afterwards, I did some research on Gong and realized why they were so effective and apotropaic. Daevid once had the following vision: “…he gained the impression that he was an experiment being supervised by intelligences far beyond his normal level of awareness that he was later to call the Octave Doctors, seeing himself on stage in front of a large rock festival audience and experiencing an intense connection with them that had the quality of intense LOVE, at the same time being surrounded by an enormous cone of etheric light… simultaneously drawing astral shadows from deep below and dissolving them in the downpouring radiance focused at its peak.”

Daevid managed to dissolve the astral MK shadows that haunt ‘Cursed’ Avenue by remaining true to his vision after 30-plus years. What a gift it was to experience it. I highly recommend listening to Gong as a perfect MK antidote whether your sitting in your living room or planning an evening downtown. For more info on their recordings, tour dates, check out: www.planetgong.co.uk. or e-mail them at: [email protected]

© Jaye Beldo may be reached at [email protected]