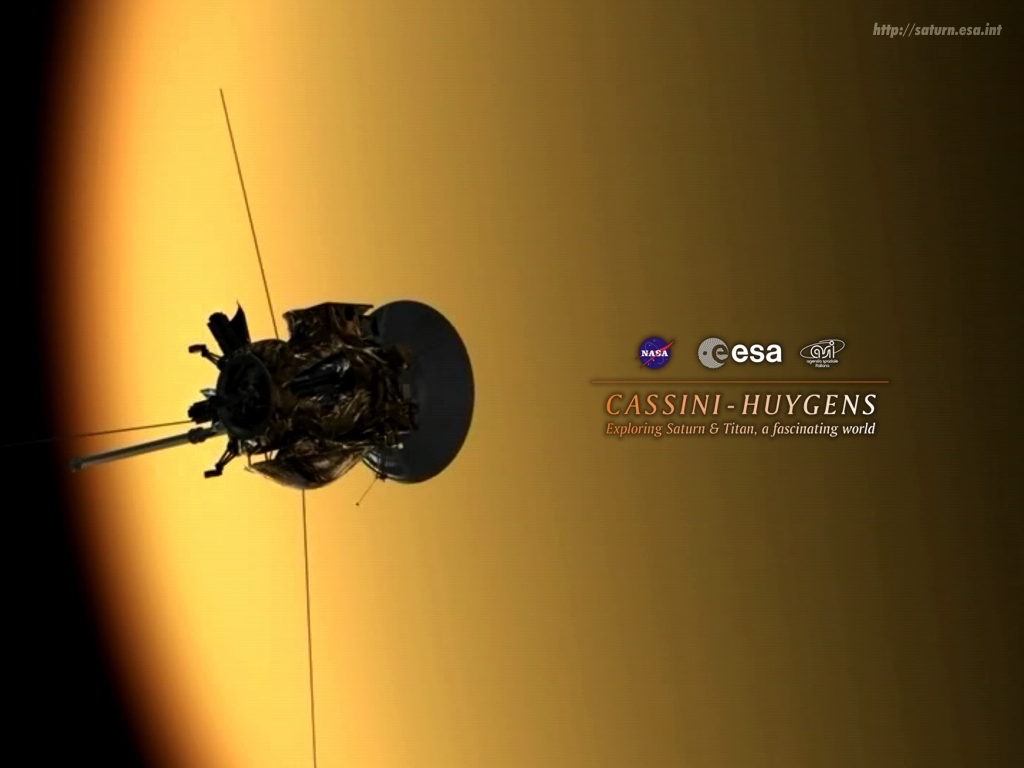 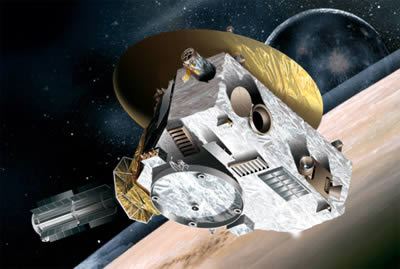 The New Horizons Pluto-Kuiper Belt Mission was launched on January 19, 2006 from Cape Canaveral, Florida. Cape Canaveral is near the ocean to the east of Kennedy Space Center and is controlled by the U.S. Air Force. The best place for civilians to observe launches is from Cocoa Beach to the south, a beach community that experiences an influx of tourists to observe these manmade spectacles. What Florida tourists likely don’t know is that for the launch of New Horizons they may be at ground zero should the rocket explode and plutonium be released.

It is comforting to some that NASA has proclaimed a 1 in 350 chance of this occurring; better odds than what NASA’s bean counters gave for Challenger and Columbia prior to their disasters. However, NASA is concerned enough about this mission to have a multi-agency radiological contingency plan; you know, “just in case.”

The way you can tell the difference between tourists and residents during a launch of a rocket is that the tourists are enthralled and the residents often have concerned looks on their faces, worried about what the loss of another rocket would do to the local economy. I saw this concern when I first came to work at Kennedy Space Center, where I witnessed a local resident at a gas station make the sign of the cross as a rocket was launched.

The fact is, the American public is well aware of the failures in the shuttle program but is often unaware of the numerous failures associated with the unmanned rocket program at Cape Canaveral. For example, on October 30, 1957, a Jupiter A Rocket went off course after takeoff and the mission had to be aborted. This was followed by the loss of a Jupiter AM-4 rocket on December 18, 1957; the re-entry loss of a nose cone capsule from a Thor-Able missile on April 23, 1958; and the failure of a Jupiter C missile on August 24, 1958.

Ardent defenders of the space program will argue that these failures were at the early stages of space exploration and could be expected. However, the hard reality is that problems with rockets have plagued the space program throughout its history, and are now being experienced all over the world. On August 22, 2003, 21 people died in Brazil when a rocket exploded while being prepared for launch; and on June 21, 2005, a Russian rocket crashed into Siberia after takeoff.

In 1970, the ill-fated Apollo 13 mission returned to earth with its lunar module, containing a SNAP-27 RTG and eight pounds of plutonium. This module may still be sitting at the bottom of the ocean intact.
A rocket loss with conventional payloads and fuel sources may be acceptable to some, even if it involves the potential for loss of life, as Brazil experienced. However, when plutonium fuel sources are used to lift spaceships, what is the benefit compared to the risk? Here NASA proudly admits there is only a 1 in 350 chance that one of the most deadly substances known to man could be released into the atmosphere. While scientists continue to argue just how much plutonium is necessary to kill by inhalation, the psychological and economic costs associated with a release of 24 pounds of fine grain plutonium are not easily disputed.

Such a disaster would cover many miles of surface; depending on the altitude and wind speed at the time of the disaster it could cover thousands of miles and cost thousands of lives. It would be impossible to recover the lost plutonium from such a disaster and such a loss would depress or eliminate the property values of any place impacted. The federal government would no doubt send in billions of dollars to the impacted areas to help silence the uproar, but this would be a political stunt, not a serious medical response. Such an infusion of funds would dwarf the annual budget of NASA by comparison.

There are those who argue that it would be wrong to lump the peaceful use of nuclear power into the same basket with nuclear weapons, as nuclear weapons destroy life and nuclear energy enhances life. Ironically, I have long believed that environmentalists should favor nuclear energy as something preferable to the primary energy alternatives in existence today. However, the prudent use of nuclear power is vastly different from attaching plutonium to a rocket and crossing your fingers.

Honest advocates of the peaceful use of nuclear power will admit that, despite the best precautions, accidents do happen. Today nearly one-third of the energy produced in nuclear power plants is from plutonium, and nuclear safety specialists who think and talk about plutonium address the subject as a threat, whereas engineers who seek to harness its power treat it as a new frontier. The hard reality is that the Chernobyl accident on April 26, 1986 was not as unique an accident as nuclear energy proponents claim, and it is an accident that has already claimed many lives and which will claim perhaps thousands of lives well into the future.

Some nuclear energy proponents argue that in depressed economies like the Ukraine, which was part of the Soviet Union at the time of the accident, safety protocols are ignored as a cost saving method. Regardless of whether this is true, it ignores the reality that nuclear accidents have occurred in the United States, as was the case with the Three Mile Island accident on March 28, 1979. NASA expresses confidence that launching plutonium is sufficiently safe, and I have to wonder at the basis for this confidence. Having investigated NASA in the past, I simply don’t believe it.

As a second-generation military intelligence officer and Special Agent having served in three Federal agencies, I was indoctrinated in the value of secrecy. Having a Top Secret clearance in the military, I was entrusted with secrets I will take to my grave. Likewise, as a Federal Agent I was privy to grand jury 6e material, which I treated in the same fashion and with the same care as military intelligence secrets. My father was a U.S. Marine Corps Officer, Infantry / Military Intelligence and I was a U.S. Army Aviator / Military Intelligence Officer. We shared the same politics and view of the world, yet we never divulged a single secret we learned in government. Secrecy, we believed, protected the innocent and was in the best interests of our country. Our nation’s enemies did not need to know what we knew or how we knew it.

However, history tells us that the government maintains two types of secrets: white secrets maintained for the greater good, and black secrets maintained to shield officials from allegations of incompetence or criminal wrongdoing. Examples of black secrets include studies allegedly conducted by our government or conducted with its cooperation, including subjecting soldiers to exposure to radiation to discern their ability to withstand exposure in combat and continue to fight. Some service members were subjected to mustard gas contamination to discern their reaction. American civilian communities were subjected to non-lethal bacterial agents to discern its spread from an aerial platform. In the 1960s, military intelligence used LSD on volunteers to document its effects. These experiments were kept secret for decades for obvious reasons: the public would have been justifiably outraged.

With this in mind, one of my concerns with New Horizons, and the plutonium space missions that will follow, is what we will not be told in the event of an accident. I can envision a scenario where the public is not informed of a plutonium release because nothing can be done, and secrecy would be officially employed to prevent a panic. NASA and the government could also use such secrecy to conceal poor decision-making.
In 1997, I investigated the Mir fire and crash and asked myself why NASA would risk so much for so little. NASA sent its astronauts to the Mir when the Mir was dysfunctional and experiencing life threatening problems. NASA paid the Russians to fly our astronauts on the Mir, a platform that from time to time was spinning out of control, literally. The International Space Station is yet another orbital platform which goes endlessly in circles without going anywhere. Like the Mir and the International Space Station, New Horizons is a mission with a great deal of urgency attached to it, but without a clear explanation of how it can benefit humankind.

New Horizons is being sent to obtain information on Pluto, Chiron and the Kuiper Belt, and plutonium is being used to accelerate that mission through space. What is the urgency? Pluto and Chiron aren’t going anywhere and neither is the human race. NASA likes to gamble, but a plutonium accident might not only cost lives but impact NASA’s very existence. As in the story of the hare and the tortoise, the hare gets off to a fast start but loses in the end. NASA must become like the tortoise, slow and surefooted, if it is to explore space in a safe manner.

Joe Gutheinz is a former military intelligence officer, aviator, and retired NASA Office of Inspector General  Senior Special Agent. He is a criminal defense attorney and instructor at the University of Phoenix and Alvin Community College. He is the recipient of the NASA Exceptional Service Medal and the President’s Council on Integrity and Efficiency Career Achievement Award. His writings include, In Search of the Goodwill Moon Rocks (Geotimes 11/05), Marketing an Asteroid Threat (Geotimes >03/05), Cover-Up in Space (PARANOIA, 12/05), The Great Astronaut Impersonator, Hard Evidence (07/05) and NASA’s Fallen Star: The Investigation of Omniplan (paranoiamagazine.com).