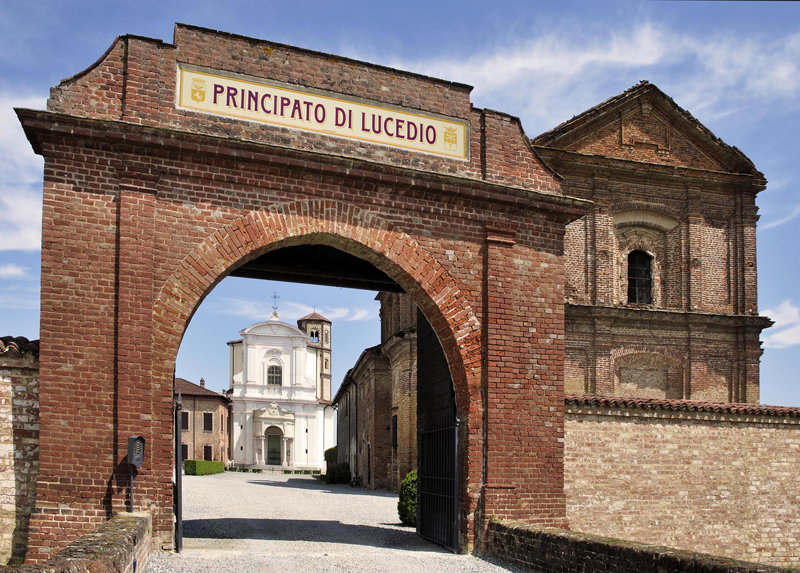 The Ghosts of the Satanic LUCEDIO Abbey 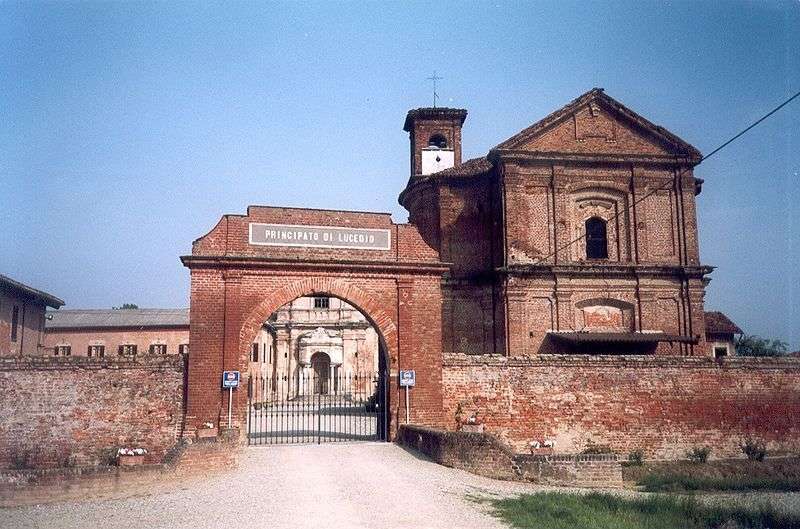 According to legends, It is written that in 1684 many young girls who lived in the area met the devil in their dreams. After seducing them, he sent them to visit the monks at Lucedio’s Abbey. The girls managed to corrupt the abbey and convert the monks to Satanism. From that moment on, a long history of evil rituals, tortures, homicides, cruelty and even cases of child molestation began. Things were so twisted that the abuse reached Rome and Pope Pio VI closed the Abbey. That was on September 10, 1784 – one hundred years later.

Lucedio Abbey is a haunted monastery in Italy that was featured on Scariest Places on Earth and Ghost Hunters International. It is a place where torture, murder and disturbing black magic rituals were performed and many say it is one of Italy’s most haunted places. Lucedio Abbey dates back to 1123. During that time, Cistercian monks resided there and introduced rice cultivation to the area. What nobody suspected was that these monks had lost faith in God and turned their backs on Christianity. The evil monks took to worshipping the devil and performed horrific and disturbing black magic rituals within the walls of the holy building.

They turned the Abbey into a place of horror and cruelty, kidnapping local villagers and sacrificing them to the devil. Finally, the Catholic Church discovered what the monks had been doing and the Pope sent orders that the evil monks should be tried and executed and the Abbey should be closed. For years afterwards, everyone in the area was forbidden to enter the Abbey for fear that the evil within had not been exorcized. Today, the Abbey is the site of many weird and frightening paranormal events. In the judgement room (room where all the monks made their decisions about sentences for people’s crimes) a pillar mysteriously appears wet. People say that it “cries” because of all the cruelty it has seen.

In another area of the building a strange fog has been seen forming numerous times for no explainable reason. Under the church is the crypt where all the abbots are buried. People say that an evil presence was captured down there and locked inside. It was believed that in oder for the presence to remain locked inside the crypt, it needed to be guarded. A number of Cistercian abbots were buried in a sitting position in a circle around the crypt to guard it. As if this was not strange enough, in time, all the abbots became mummified and preserved. 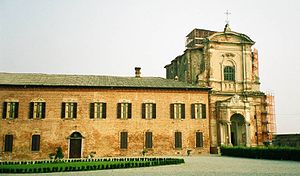 That’s not where the story ends. In fact, that’s where some say it begins. In one room of the Abbey there is a pillar that mysteriously gets wet. It’s called the crying column (post or pillar) and people say that it cries because of all the cruelty it’s seen. The room with the crying column is called the judgement room because it’s the room where all the monks made their decision about sentences for people’s crimes.

Lucedio’s twisted history began fairly innocent enough when in the mid twelfth century, Renier the Marquis of Montefrat, donated a large piece of swampy land to the Cistercian Order of monks to build a monastery and the swampy land would be perfect for their ambitious endeavor of cultivating rice for the entire nation of Italy. After the donation of the land the Order went about the business of building their new home as well as their rice farm which would be known as being on the cutting edge of rice cultivation for years to come.

About a hundred or so years into the Abbey’s existence strange rumors and bizarre tales of the goings on within the Abbey’s walls began to spread like wildfire throughout the region. Young men who were taken into the Abbey to work or become monks were never seen again outside it’s walls. At night villagers reported that they could hear what sounded like screams of pain and anguish as well as strange chanting on the nights of the full moon that did not sound like the holy songs of devoted servants of God. Those from the surrounding area began to believe that the Monks of Lucedio Abbey had possibly done the unthinkable, it was believed that the monks had forsaken their holy vows to worship a much darker master, the prince of Darkness, Satan. Those who believed such rumors would have their worst fears soon confirmed.

One night two young men, some might say mere boys, were discovered naked, bloodied and battered wondering around the village in a daze. When the boys were brought before the Lucedio village leadership they recounted a bizarre tale of black magic rituals that the monks performed in an attempt to raise a powerful demon from the very depths of hell. The boys further went on to say that numerous young men and boys were being held in the Abbey against their will and tortured and used as sex slaves because satan demanded it of the priests. They told how the young men were tied to a large pillar and sodomized as the priests cursed God and pledged their undying devotion to the lord of flies and these practices had been going on for almost a century. The horrified villagers had heard enough something had to be done about the Monks of Lucedio Abbey and it must be done quickly before they realized their goal, the raising of the minions of Satan.

The villagers of Lucedio sent word to Pope Callixtus III who heard the news of the horrendous practices at this unholy abbey and immediately sent an official papal inquiry to see if their was any merit to the reports. When the officials arrived at Lucedio Abbey they were shocked to discover that that the reports were true. After a three day standoff with the monks the officials were allowed entry to the Abbey and discovered signs of black magic rituals as well as the torture of young men that was taking place. They had also discovered that the monks had succeced in raising a powerful demon and the evil spirit was now in control of the Abbey and it’s occupants. In 1457 the Pope put the Abbey on what was called “Commendatorial control” In other words the Abbey was closed down and the monks who were not involved in the depredations of their brothers were sent to other monasteries while those who were involved in the torrid affair were tried, convicted and beheaded for their crimes. The Abbey, which became known as a place of great evil, was closed down and remained that way for over three hundred years.

In 1784, and for whatever reason, the Vatican secularized the Abbey and it went to the highest bidder. Ownership of the abbey changed hands many times due to the inability of the owners to spend more than a year in the dark and forboding structure. The most famous owner of the Abbey was French Emperor Napolean Bonarparte. According to the historical record the pint sized big dog of Europe sold the Abbey to Italian painter, Camillo Borghese, for a number of his paintings that he just had to have in his collection. Today the Abbey is a privately owned rice farm and despite the efforts of the owners the bizarre history and the hauntings of Lucedio has proven that the Abbey just may be the most location in Italy.

One of the most famous legends of the Abbey concerns the Pillar where the young men were tied to and raped all those centuries before it is known as the Weeping Pillar. Over the years many witnesses have claimed to witness what looks like tears coming from the pillar as well as a strange moaning sound coming from the base. Many reputable Paranormal researchers have attempted to debunk the pillar by pouring water over the floor above the the pillar to see if the water would filter down through the floor giving the appearance of tears. Many have tried and many have failed the Weeping Pillar still remains a mystery in Lucedio Abbey.

Those who have investigated the Abbey have collected some amazing evidence over the years which, in my opinion, constitutes hardcore evidence that the souls who suffered behind it’s walls still walk the Abbey. Many EVPs have been collected that sound like screaming and yelling and begging for mercy in Italian in the many rooms of the Abbey. Some have witnessed horrifying visions of the spirits of the young men who were kept and tortured here for the enjoyment of the debased monks and their infernal master. However one spirit seems to rule over them all, the inhuman spirit of the demon of Lucedio Abbey. Those who have claimed to be in the presence of the wicked spirit all experience the same phenomenon, the demon begins to manifest with the smell of rotting garbage and flesh. The reeking odor seems to overwhelm until the demon makes it’s appearance in the vision of a swirling black mass that emits a feeling of rage and evil. Those unfortunate enough to witness the demon’s manifestation are said to be so horrified that they leave the Abbey deaf and blind and their have been some reports of people committing suicide after a visit to the abbey.

The owners of the Abbey try to downplay the phenomenon at Lucedio Abbey. The owners do admit that there are some strange things that happen from time to time however, according to them, their is no demon and the spirits of the Abbey are perfectly harmless. Many who live in the surrounding area would disagree. If they can avoid it the locals give the Abbey a wide birth as they pass by and as they do they say a Hail Mary and an Our Father for the poor souls trapped behind it’s walls.

The Lucedio Abbey has been studied by numerous and varies paranormal groups, and all have come away with the same findings…shadows that move, pillars that weep, cries of anguish that feel the building and the heart with revulsion. It is in the Judgment Room where prisoners were once tied up to stand and await the fate of the Monks that the Crying Column stands, a pillar of stone that becomes wet (‘weeps’) for no reason or rhyme.

The mythology continues into the Crypt where, it is said, and evil spirit was imprisoned under the Church. But only the greatest of powers could keep it sequestered, powers held by the abbots themselves. Buried in an upright, sitting position they are stationed in a circle surrounding the believed vortex of the evil. In a bizarre twist, some sort of natural mummification took place and they are on guard even today, perhaps through eternity.

Additional strange occurrences include a strange mist or fog that inexplicably rises up and overtakes the Principato and bell tower. In the graveyard strange shapes, of the kind that people say represent the Devil, appear to dance upon and around the graves and stones. And in the church and the priest’s house, strange lights and sounds ring out at odd days and times.

FOR MORE INFORMATION CHECK OUT – http://theunexplainedmysteries.com/Lucedio-Abbey-Hauntings.html