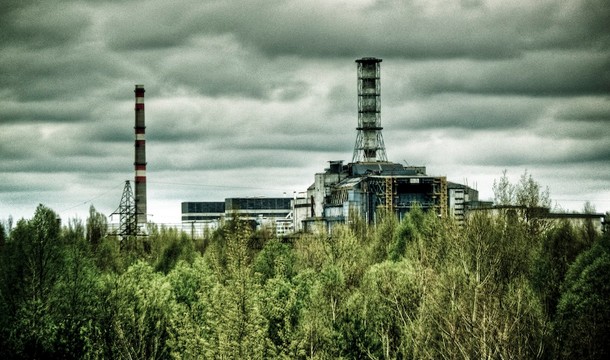 Ghostly stories from Ukraine: The Haunting of Chernobyl

You most likely know about the Chernobyl disaster. It is, to date, one of the most ravaging nuclear incidents the world has ever seen. But most of the time, an otherworldly part of the story is left untold. The events in the weeks preceding the nuclear disaster are quite spooky.

Starting in early April 1986, workers at the Chernobyl Power Plant began to experience strange sightings of the “Black Bird” – a tall, black, winged creature with blazing red eyes. As if that weren’t scary enough, some of the same workers went through haunting nightmares and distressing phone calls. The weird creature is regarded as the foreteller of the calamity that was just around the corner.

On April 26 1986, tragedy strikes: reactor No. 4 of the Chernobyl Nuclear Power Plant failed and threw the world into a radioactive chaos, spewing chemicals into the clouds above Europe and the Soviet Union. The nuclear fallout drifted across the skies of the UK, Scandinavia, Ireland and North America.

Sightings of the creature stopped after the cataclysm. BUT…

It doesn’t stop there

While visiting the power plant in 1997 to take some radiation readings, nuclear physicist Andrei Kharsukov heard someone screaming for help from inside the reactor 4 sarcophagus.

“”I ran upstairs to tell someone, but they said that when I entered the reactor control room, I was the first person to open that door in three years, and the only way to get inside the old reactor is through the doors I came in through…”

An alarm was in place, which was designed to go off if the door was opened mechanically. We’ll probably never know what that voice was.
Pripyat

Around 3 kilometers away from Chernobyl is Pripyat, the nearest town from the power plant. It was built to host the nuclear station’s workers; its population before the catastrophe was around 50,000.
Today, Pripyat is a ghost town – the only things remaining are the abandoned buildings, the amusement park that was never opened, the radiation levels (which are now lower, but still unsafe for long stays), and some weird events.

The crew of the TV show “Destination Truth” went to Pripyat searching for paranormal events, and they found plenty. While roaming through the eerie ruins of the city, they’ve managed to pick up heat sources resembling humans with their thermal cameras, the only exception being there were no humans in sight. Hmm…

Moreover, a witness in the area reported she saw “distorted” ghostly figures of acquaintances who died in the accident. Add that to the unfriendly, decayed environment, radiation, and a few mutated animals here and there, and you’ve got a recipe for something creepy.

These days, if you want a live experience of the spooky town, you can book a tour online and safely visit the place. For those of you who don’t like the idea of visiting a desolate city that won’t be habitable any soon, just leave nature to do its thing, and slowly but surely take over the whole place.