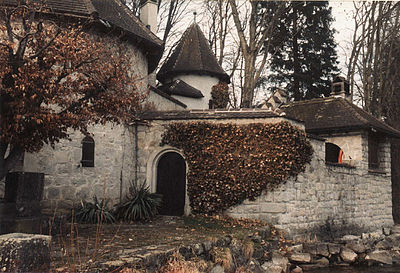 Karl Jung and Bollingen Tower: The Mystery of the Mandala 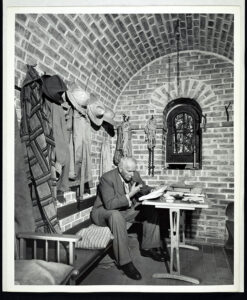 Karl Jung had a well-known standpoint. He believed in paranormal occasions and sometimes saw the harrowing creatures from the hell. According to some legend, he had an argument with Freud who was famous for a realistic approach to life and down-to-earth attitude to the things. Freud shouted that there were no ghosts or spirits on the planet. He tried to convince Jung that all the paranormal creatures were neither more or less than the figment of imagination. When he pronounced these words, something dropped with the crash in the cabinet. ‘You see, you don’t believe in ghosts but they have just shown their presence!’, exclaimed Jung. ‘Oh no, it’s just my old things in the cabinet, don’t be ridiculous!’, argued Freud. Afterwards, the cabinet went all to rack and ruin. Freud did not argue anymore. As well, never again would he invite Jung in his house?

The Invasion of Images

Even though Karl Jung’s biography contains a lot of mysterious details, we would like to concentrate on one story. It is connected with drawing mandalas and a special tower that could be a point of interest for the tourists.

The demeanor of Jung was rather strange. He woke up at night being overwhelmed with hallucinations. The images of feisty women, gussied-up dwarves and shouting babies were sinking in the blood. Jung had been waiting for the morning being unable to flat out these images. Once he decided to stop opposing. So, he accepted this escapade and gave freedom to the subconscious impulses. Then, the feeling of going insane stopped. The images and figures were categorized in the system of archetype; they followed the range of legends. Having understood that visions come to him to be written about, Jung went even further. He completed ‘Red Book’ and started painting mandalas. In his recollections Jung mentioned that the sense of first mandala remained unclear even for him. However, it saved his life afterwards.

He must have visited the military service. This is how Jung found out the healing power of mandalas. Every morning he drew a little circle (the prototype of mandalas) in the notebook. It reflected his considerations and demonstrated some anguish. These pictures showed him how his mental system was functioning. Talking about these days, he confessed that only need to do it made him draw. Some time had to pass, then Jung understood: mandala is the self-sustainability, integrity. This shape tends
to harmony and cannot bear self-deception.

In 1922 Jung bought the land that belonged to the monastery in Bollingen village, situated near Zurich lack. He was intended to buil a circular two-floor tower, the mandala reflected in a stone. Unfortunately, the construction works were interrupted by the death of Jung’s mother. In two months he got mensch enough to finish the building. The new house gave him a feeling that he got another life in stone. Moreover, some experts in occult studies nowadays claim that verily in this place Jung received initiation.

Having settled down there, Jung noticed strange things. Once in the evening he was listening to the special silence when the sound of kettle became unusual. The boiling water sounded like the polyphonic orchestra. It seemed that somebody outside was echoing the sounds heard from the kettle. It looked like Jung framed his life with the mandala. He called for the spirits to come and help.

The next strange coincidence awakened him at night. The sound of obscure steps did not let him sleep. After having looked from the window, Jung was convinced that nobody could be leaning except for ghosts. In the recollections, he mentioned that once he had read similar story happening with a person at the mountain Pilate. He heard the sound of undead spirits.

Currently, this place belongs to the descendants of Karl Jung. Though it is close for the visitors, one is able to investigate the neighboring lands where all these mysterious things happened.