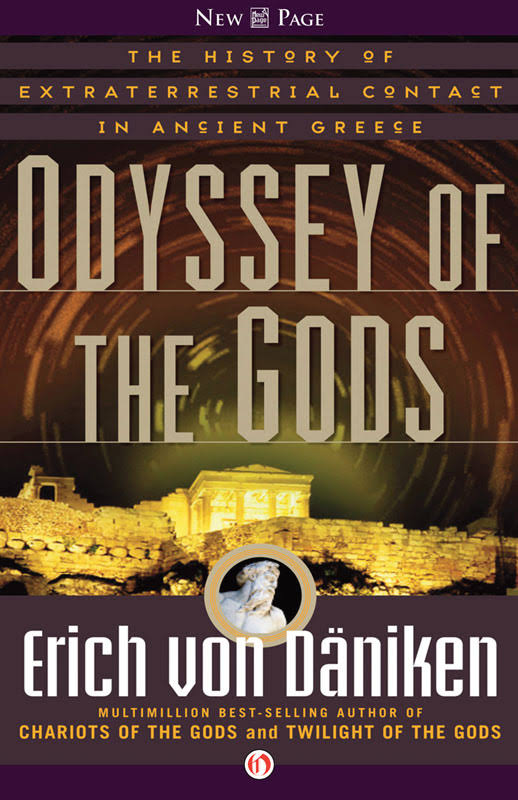 Review: Odyssey of the Gods

In Greek mythology, there are tales of sentient orbs and golden sky-chariots, wondrous robots and human hybrids, genetic experimentation spanning generations and voyages to OtherWorlds beyond the veils which billow on the borders of our perception.

No wonder Erich Von Daniken, our planet’s greatest proponent of the Ancient Astronaut theory, found strong support for his views in the pages of the Argonautica, the Iliad, the Odyssey, Critias and many other works of ancient Mediterranean authors.

Von Daniken cross-references his Hellenic findings with antique material from all over the world. Ancient people have left us an overwhelming amount of information about super-human beings with advanced technology who came from the heavens, lived on mountaintops, warred amongst themselves, taught civilized arts to our ancestors, interbred with mortals to produce kings and heroes, then vanished – after vowing to someday return.

There is a lot of interesting material on the Sacred Geometry of ancient Greek sites, the mysterious mechanical fragment from Anticythera, Stone Age cyclopean masonry, the remains of Giants, the riddle of Troy and Plato’s Atlantis.

Von Daniken’s conclusions about the Lost Continent’s location may surprise you, but subsequent findings support his speculations.

Odyssey of the Gods stretches your thinking and opens your mind to new perspectives. Though but a minor chapter in the greater totality of the material Von Daniken has published about the ancient gods, it strongly reinforces his assertions.

It has certainly given me much to ponder on my Astro-Mythological Quest.